How much money would Mozart and Beethoven make from music streaming?

A new study by Leipzig's tourism board looks at how much money Beethoven and Chopin would have earned from streaming, if they were still alive. 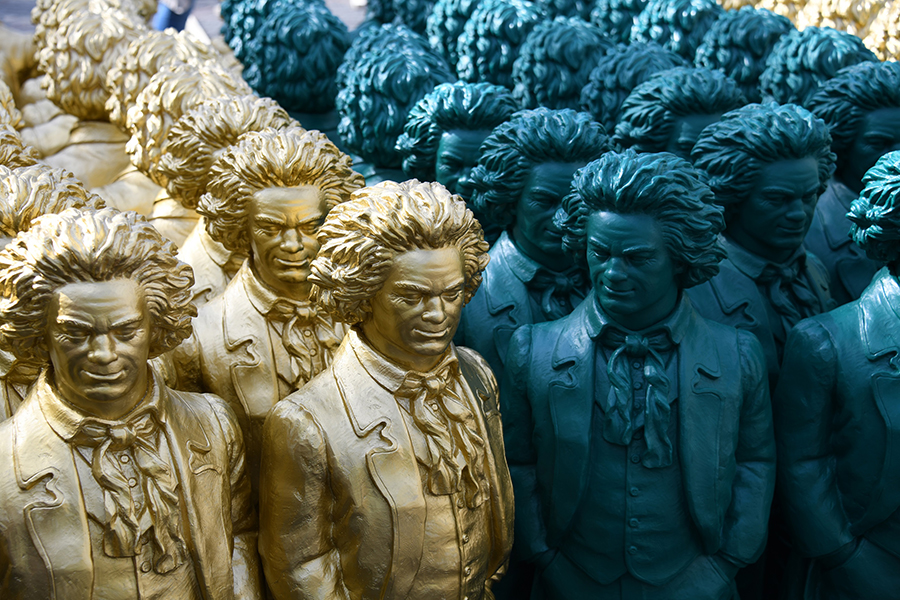 Ludwig van Beethoven would have earned 8.9 million dollars thanks to the millions of listenings of his famous "Moonlight Sonata".
Image: nitpicker / Shutterstock

Music streaming services are often criticized for their systems of payment. Many artists complain about being paid a pittance by Spotify and others. But is it the same scenario for the big names in classical music? A new study looks at how much money Beethoven and Chopin would have earned from streaming, if they were still alive.

Many music lovers regularly turn to streaming platforms to listen to the works of classical composers like Vivaldi and Debussy. Now Leipzig's tourism board has looked into the revenue that would have been generated by these millions of listeners at the time these pieces were composed. They estimate that rights holders are remunerated with 0.0037 dollars per stream.

Johann Sebastian Bach is the most popular classical music composer on Spotify. This is due in part to his "Cello Suite No. 1 in G Major, BWV 1007," which can be heard in movies like "The Pianist." This legendary classic has been listened to more than 162 million times on the streaming platform, which would have allowed Bach to earn $24.7 million in royalties, taking inflation into account. This is a far cry from the annual salary ($39,000) he earned as artistic director of the St. Thomas Church Choir in Leipzig.

Even more impressive, his "Cello Suite No. 1" is more profitable than Ed Sheeran's hit "Shape of You." The single has been listened to nearly 3 billion times on Spotify, since its release in January 2017. This huge popularity is estimated to have earned the English singer $10.4 million, which is half as much as Johann Sebastian Bach's royalties for "Cello Suite No. 1" (again taking inflation into account).

Other composers would have also made a very good living during their lifetime thanks to music streaming. One example is Frederic Chopin. The French-Polish pianist would have pocketed $9.6 million for his "Ballade nᵒ 1 in G minor." Ludwig van Beethoven, meanwhile, would have earned $8.9 million from millions of listens to his famous "Moonlight Sonata." Mozart, Debussy, Johannes Brahms, Antonio Vivaldi and Franz Schubert would also have earned millions of dollars from music streaming.

Russian composer and conductor Igor Stravinsky is the one whose income from streaming would have been the lowest. He would have earned less than 150,000 dollars for his ballet, "The Rite of Spring."