While the pandemic has hit the world of electronic music hard, some DJs have managed to play their cards right 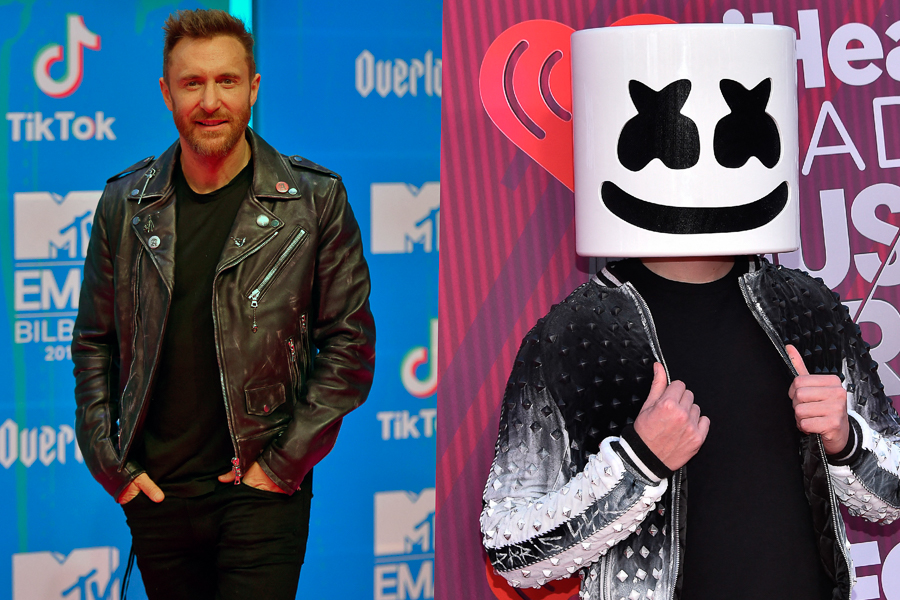 David Guetta and Marshmello are among the most popular DJs in 2021, according to data from Viberate.
Image: Chris Delmas / ANDER GILLENEA / AFP

While the pandemic may have put the decks on pause for many DJs, stars of the scene like David Guetta, Marshmello or Skrillex continue to enjoy great popularity. The Viberate platform has drawn up a ranking of the most popular DJs this year.

The ranking was released after the trade magazine DJ Mag announced the winners of its annual Top 100 DJ poll. The French DJ David Guetta topped the list for the second time in his career, ahead of Dutch DJs Martin Garrix and Armin van Buuren.

The data-based results from Viberate, however, tell a slightly different story. Here, US DJ Marshmello tops the ranking with two billion views on YouTube and 51.9 million followers on Spotify. He is followed by the French star David Guetta and British-Norwegian DJ Alan Walker. The 53-year-old DJ, composer and producer's videos have scored 1.2 billion views on YouTube, compared to his younger counterpart's 1.4 billion. But the French DJ far exceeds Alan Walker on Shazams, with his tracks being identified on the application some 36.4 million times.

The power of collaborations and memes

While the pandemic has hit the world of electronic music hard, some DJs have managed to play their cards right. One such artist is Kazakhstan's Imanbek, who lands 49th place in Viberate's ranking. In March, the DJ won the Grammy Award for best remix for his reworking of "Roses" by the American rapper Saint Jhn. It was something of a sign of recognition for this self-taught musician from the small town of Aksou, in the Pavlodar region of northern Kazakhstan.

Collaborations can also have a real impact on a DJ's popularity. The German producer and DJ Topic and the Swedish artist A7S have jumped more than 800 spots in Viberate's Top 100 with their hits "Breaking Me" and, most recently, "Your Love."

Memes and internet culture can also boost certain careers. The British DJ Riton joined forces with Mufasa and Hypeman for his latest single, "Friday." While the track is based on the melody of a remix of Nightcrawlers' "Push the Feeling On," its popularity is largely linked to the presence of the influencer duo. The pair got noticed on TikTok in April 2020, thanks to their crazy dance moves on "Push the Feeling On" filmed from a moving car—a challenge imitated by celebrities like Katy Perry, Gordon Ramsey and even Kanye West.