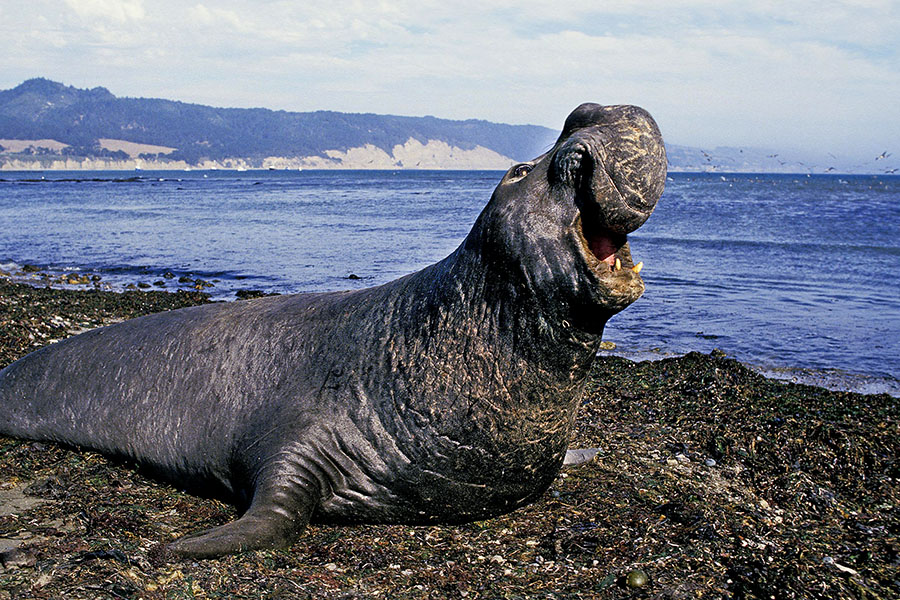 A large study using sensors on elephant seals has revealed a wealth of valuable new information about the "Blob." Image: slowmotiongli / Getty Images

A large study conducted with sensors on elephant seals has revealed a wealth of valuable new information that has helped us better understand the factors contributing to the "Blob," a major marine heatwave that occurred in the Pacific Ocean off the coast of North America.

In recent years, the science community has been talking about the "blob," a unicellular organism that resembles a slime mold but has an incredible capacity for learning. But the word "blob" also refers to another equally impressive scientific phenomenon: the heatwave observed in the North Pacific Ocean between 2013 and 2015, which had dramatic consequences on the fauna that populates these ocean areas.

"In the summer of 2015, two years into The Blob, just 166 humpback whales returned to Alaska's Glacier Bay from their winter calving grounds near Hawaii and Mexico, a 30% drop from 2013. All the humpback calves seen in Glacier Bay that year disappeared later and are presumed dead. And the bodies of 28 humpback and 17 finback whales washed up on beaches in Alaska and British Columbia in Canada," outlined an article published in Science in January 2019.

A marine heatwave refers to an abnormal and prolonged warming of waters. The "Blob" of 2013-2015 represents the longest and most intense recorded to date. To better understand the causes of this unusual climatic event, a team of American researchers from the University of California at Santa Cruz (UCSC) used elephant seals to explore the seabed oceanographic phenomena in this area.

Published in the Journal of Geophysical Research: Oceans, the study tagged the northern elephant seals with animal-borne ocean sensors recording water depth, temperature and salinity to track the migrations of elephant seals over nearly 10,000 km across the Pacific. This underwater species of the seal family was not chosen at random: it is capable of diving to a depth of more than a thousand meters!

"The elephant seals collect data in different locations than existing oceanographic platforms," explains senior author Christopher Edwards, a professor of ocean sciences at UC Santa Cruz," in a release from the university.

Data collected during the Blob from sensors that the elephant seals were tagged with revealed that the abnormally warm temperatures extended 1,000 meters below the surface. The subsurface warming persisted in 2017, long after surface temperatures returned to normal, the study notes.

According to the researchers, these temperature anomalies are so deep that it is unlikely that they are due to mixing from the surface. One hypothesis is that the unusually warm waters were transported northward from the south. Indeed, changes at the surface may have transiently altered the deeper currents to draw waters from the south to the north.

This climatic phenomenon is all the more worrying as marine heatwaves are likely to become more and more frequent as the planet warms, the authors of the research warn. "Just like with terrestrial heatwaves, we have seen over the last decade a dramatic increase in the frequency and magnitude of marine heatwaves. The more information we can collect the better off we'll be in terms of understanding what's happening and facing the challenges," concluded first author and research biologist Rachel Holser.