Researchers may have found a solution for protecting coral reefs

According to the authors of the work, these results could contribute to current coral reef conservation efforts, for example by highlighting the potential benefits of introducing microbes into coral reefs that can enhance coral responses to thermal stress 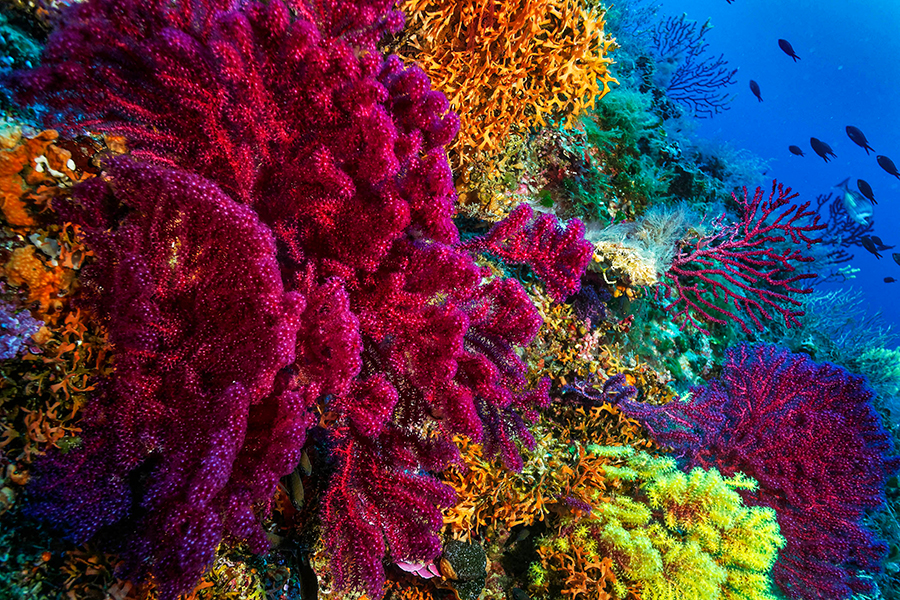 According to this new study, genes identified in the microbiome of certain types of corals may play a role in the reefs' response to thermal stress and make them more resistant to climate change.
Image: goran safarek / Shutterstock

How can we protect coral reefs from rising ocean temperatures? The solution may lie in their microbiome, according to new research by American scientists at Penn State University.

This new study identified genes in the microbiome (bacteria, fungi, viruses) of certain types of corals that may play a role in how reefs respond to heat stress. "Prolonged exposure to heat can cause ‘bleaching' in which photosymbionts (symbiotic algae) are jettisoned from the coral animal, causing the animal to die. We found that when some corals become heat stressed, their microbiomes can protect them from bleaching," explained Monica Medina, professor of biology at Penn State and co-author of the work.

The corals analyzed were collected near Puerto Morelos, Mexico. The researchers focused on three species: mountainous star coral (Orbicella faveolata), knobby brain coral (Pseudodiploria clivosa) and the shallow-water starlet coral (Siderastrea radians). Each of them has a different sensitivity to thermal stress.

The objective was to study the relationship between the overall ability of corals to withstand thermal stress and differences in gene expression patterns related to these metabolic activities. In the case of corals, this process is highly influenced by photosymbionts as they provide at least 90% of the coral animals' energy needs through photosynthesis. But, the scientists who led the work have extended their research to the whole organism of corals, called "holobiont," which includes coral animal, photosymbiont and microbiome.

The researchers conducted an experiment in which the three coral species were kept in a tank for nine days at 34˚C, about 6°C higher than their natural environment. The scientists then sequenced the RNA of the holobionts to study their metabolic activities.

A potential solution for protecting corals from climate change

"[W]e were able to understand why different corals have unique physiological responses to heat stress, and how the evolution of gene expression shaped their different susceptibilities," explained Viridiana Avila-Magaña, former Penn State student, who co-authored the paper.

According to the authors of the work, these results could contribute to current coral reef conservation efforts, for example by highlighting the potential benefits of introducing microbes into coral reefs that can enhance coral responses to thermal stress.

"Previous studies on the molecular mechanisms underlying corals' heat-stress tolerance have tended to focus on just the animal or the photosymbiont, but we now know that the entire holobiont—the coral animal, photosymbiont and microbiome—is involved in the stress response," noted Viridiana Avila-Magaña.

"This approach becomes particularly relevant for coral reef research given the recent debates on adaptive potential of different coral holobionts under the threats of climate change," the researcher concludes.

Tweets by @forbesindia
The world wants Greenland's minerals, but Greenlanders are wary
Photo of the day: Protest for education