Wooden architecture: An ecological alternative on the rise

Wood appears to offer a viable ecological alternative for the building industry. More environmentally friendly, wood can replace concrete and steel—the most-used materials in the construction industry, but big emitters of carbon dioxide 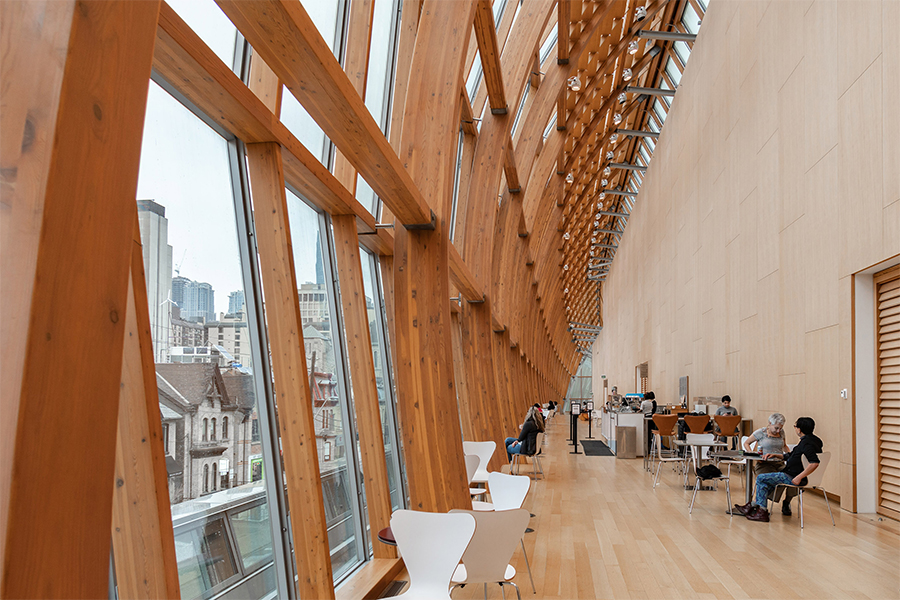 Wooden skyscrapers are starting to appear all over the world. Wood is a more environmentally friendly alternative to traditional concrete structures. And new construction methods are allowing such buildings to become taller and taller.

On the shores of Lake Mjøsa in Norway stands the world's tallest wooden building. At 85.4 meters, the Mjøstårnet tower represents the future of building design. Engineered wood, or solid wood products, form its main structure. Now, more and more wooden skyscrapers—like this building, completed in 2019—are springing up around the world.

In Sweden, Austria, Switzerland, England, but also in the United States and Australia, wooden buildings are on the rise. There are several reasons for this trend. This material appears to offer a viable ecological alternative for the building industry. More environmentally friendly, wood can replace concrete and steel—the most-used materials in the construction industry, but big emitters of carbon dioxide. The manufacture of cement and concrete is responsible for about 8% of global greenhouse gas emissions. According to the latest IPCC report, wood as a building material can be up to 30 times less CO2 intensive than concrete, and hundreds, even thousands, of times less than steel.

In addition, building with wood can reduce construction costs and even construction time. The Stadthaus in London, a nine-story office and residential building, was built in 49 weeks—five months less than an equivalent concrete and steel building. It also saved over 300 tons of CO2 compared to a conventional building.

What is solid wood?

Solid wood comes from the mass of a tree. In theory, the material does not undergo any processing or transformation. But behind this term lies a multitude of forms, including cross-laminated timber (CLT), which has opened up the field of possibilities in building construction. CLT is engineered wood made of flat boards glued together in perpendicular layers. By stacking the boards in this way, large solid-wood panels can be created to serve as floors, ceilings, walls, and even entire buildings.

The technique first appeared in the 1990s in Austria, where softwood forestry is widespread. It then spread elsewhere in Europe in the 2000s. It is now beginning to be used in the United States and Canada to construct larger and taller buildings. Skyscraper projects are springing up in major North American cities, such as in Milwaukee, where a 25-story apartment tower called Ascent, 86 meters high, is expected to be completed this summer. It would surpass the record set by the Norwegian tower.

Forestry management in the spotlight

In spite of these numerous ecological advantages, some are more skeptical about the construction of wooden buildings, questioning the resources needed to produce this type of material.

Indeed, it can lead the lumber industry to undertake the large-scale planting of trees selected specifically to grow quickly, the journalist Jim Robbins wrote in the Yale Environment magazine in 2019. And such mass production methods can lead to constant occupancy and ecosystem depletion. The use of wood in construction would require effective forest protection and management to ensure that it does not harm the environment in the long run.

According to American architect Michael Green, quoted in a Vox article, it would take about 13 minutes for 20 North American forests to collectively produce enough wood for a 20-story building.