The Tesla boss sold some 7.9 million shares between August 5 and 9, according to filings published on the Securities and Exchange Commission's website 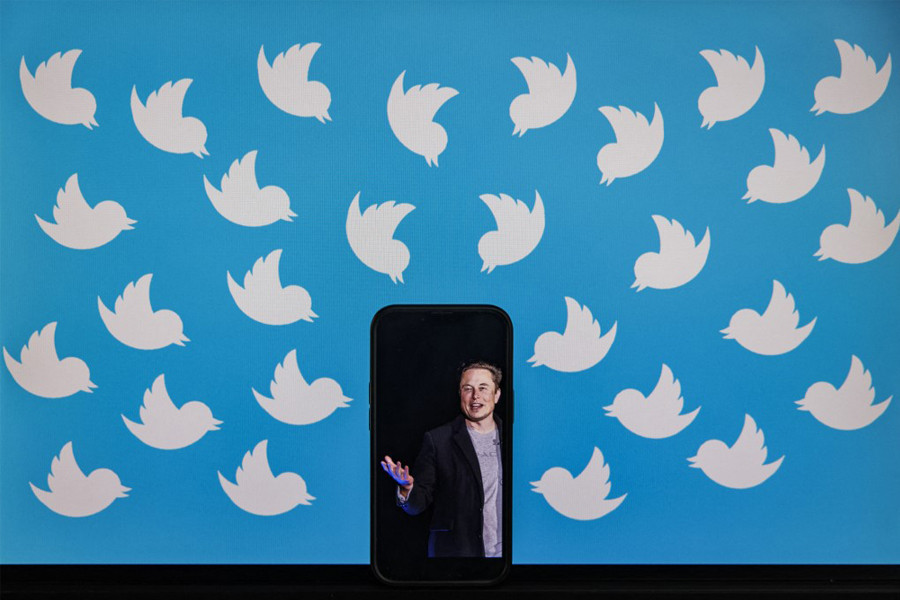 This file illustration photo taken on August 5, 2022 shows a cellphone displaying a photo of Elon Musk placed on a computer monitor filled with Twitter logos in Washington, DC. Elon Musk has sold nearly $7 billion worth of Tesla shares, according to legal filings published August 9, 2022, amid a high-stakes legal battle with Twitter over a $44 billion buyout deal. Image: SAMUEL CORUM / AFP

Washington, United States: Elon Musk has sold nearly $7 billion worth of Tesla shares, according to legal filings published Tuesday, amid a high-stakes legal battle with Twitter over a $44 billion buyout deal.
The Tesla boss sold some 7.9 million shares between August 5 and 9, according to filings published on the Securities and Exchange Commission's website.
"In the (hopefully unlikely) event that Twitter forces this deal to close and some equity partners don't come through, it is important to avoid an emergency sale of Tesla stock," Musk, the world's richest man wrote on Twitter late Tuesday.

Twitter is locked in a legal battle with the mercurial Tesla boss over his effort to walk away from the April agreement to buy the company, and a judge has ordered that a trial will begin in October.
Musk has filed a countersuit, accusing Twitter of fraud and alleging the social media platform misled him about key aspects of its business before he agreed to a $44 billion buyout.
The move comes after Musk sold around $8.5 billion worth of shares in the electric carmaker in April as he was preparing to finance the Twitter deal. He tweeted at the time: "No further TSLA sales planned after today."
© Agence France-Presse

Tweets by @forbesindia
69 percent of jobs in India under threat from automation by 2040, says Forrester's Future of Jobs report
How video gamers are resisting a crypto onslaught