Ford to cut 3,000 jobs in a push towards electric

Challenged by Tesla and other start-ups, traditional carmakers have accelerated production of their electric models in recent years 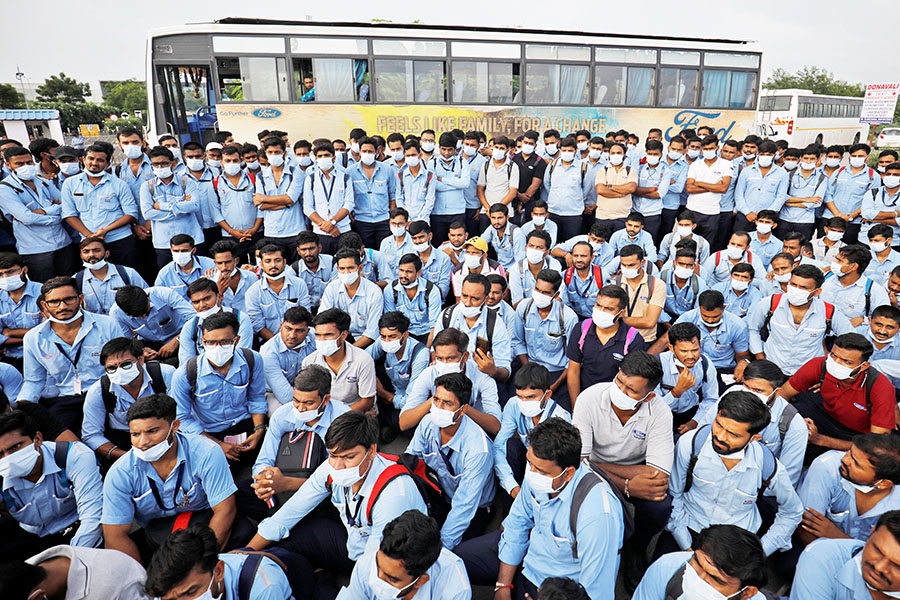 New York, United States: US auto giant Ford confirmed Monday it is eliminating around 3,000 jobs, mainly in North America and India, as the company pushes to accelerate its transition to electric vehicles.
Challenged by Tesla and other start-ups, traditional carmakers have accelerated production of their electric models in recent years.

The restructuring involves 2,000 salaried positions and 1,000 contractors mostly in the United States, Canada and India but does not affect factory workers, a spokesman told AFP.
US media had already reported in July that Ford, which has around 182,000 employees worldwide, was preparing to cut several thousand jobs.
"We absolutely have too many people in certain places, no doubt about it," president and CEO Jim Farley said in a conference call in late July. "We have skills that don't work anymore... and we have jobs that need to change," he said, without specifying the number of positions to be eliminated.
The automaker has previously said it plans to spend $50 billion on electric vehicle production by 2026.
Also read: Ford Motors tries to reinvent itself to catch up to Tesla and Elon Musk
And Ford announced in March that it aimed to cut spending on traditional vehicles by up to $3 billion a year.
The job cuts announced Monday are "consistent with what we have been describing for quite some time" and are intended at making Ford "more efficient," the spokesman said.