Ford bought his own coal mines in Kentucky and Virginia, along with railroads to carry their output to his factories. He amassed a fleet of ships that plied the Great Lakes, bearing a steady supply of iron ore and lumber harvested from Michigan's Upper Peninsula. And he erected an enormous plant outside Detroit on the River Rouge, a complex of factories engineered to handle every stage of turning raw materials into a finished automobile 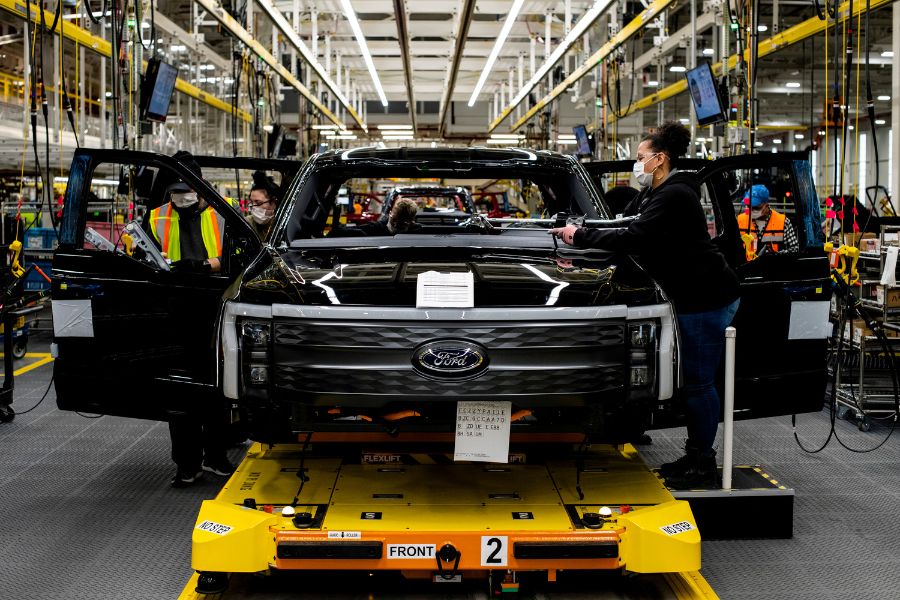 The assembly line for the F-150 Lightning, the electric version of Ford’s popular pickup, in production in Dearborn, Mich. on Jan. 25, 2022. With computer chips scarce throughout the global economy, Ford and other automakers have been forced to intermittently halt production. Image: Brittany Greeson/The New York Times

Tweets by @forbesindia
MeToo film movement shifts from rhetoric to action
We hope to see India become one of our top three markets: Nicola Kilner