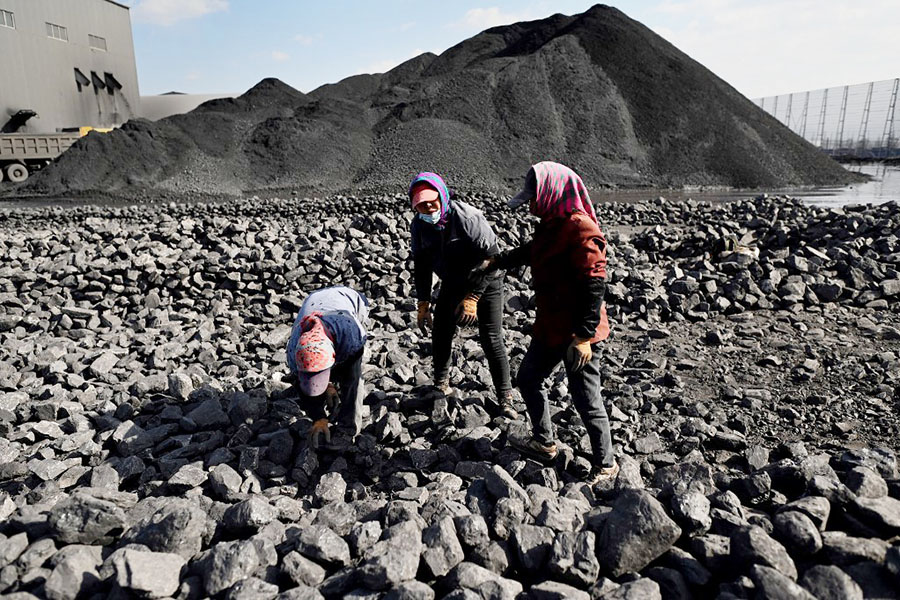 Paris, France: Burning the world's remaining fossil fuel reserves would unleash 3.5 trillion tonnes of greenhouse gas emissions—seven times the remaining carbon budget to cap global heating at 1.5C—according to the first public inventory of hydrocarbons released Monday.
Human activity since the Industrial Revolution, largely powered by coal, oil and gas, has led to just under 1.2 degrees Celsius of warming and brought with it ever fiercer droughts, floods and storms supercharged by rising seas.
The United Nations estimates that Earth's remaining carbon budget—how much more pollution we can add to the atmosphere before the 1.5C temperature goal of the Paris Agreement is missed—to be around 360 billion tonnes of CO2 equivalent, or nine years at current emission levels.

The UN's annual Production Gap assessment last year found that governments plan to burn more than twice the fossil fuels by 2030 that would be consistent with a 1.5C world.
But until now there has been no comprehensive global inventory of countries' remaining reserves.
The Global Registry of Fossil Fuels seeks to provide greater clarity on oil, gas and coal reserves to fill knowledge gaps about global supply and to help policymakers better manage their phaseouts.
Containing more than 50,000 fields across 89 countries, it found that some countries on their own held reserves containing enough carbon to blow through the entire world's carbon budget.
For example, US coal reserves embed 520 billion tonnes of CO2 equivalent. China, Russia and Australia all hold enough reserves to miss 1.5C, it found.
All told, the remaining fossil fuel reserves contain seven times the emissions of the carbon budget for 1.5C.
Also read: Arctic warming is happening faster than described, analysis shows
"We have very little time to address the remaining carbon budget, said Rebecca Byrnes, deputy Director of Fossil Fuel Non-Proliferation Treaty, who helped compile the registry.
"As long as we're not measuring what is being produced, it's incredibly hard to measure or regulate that production," she told AFP.

The registry has emissions data for individual oil, gas or goal projects.
Of the 50,000 fields included, the most potent source of emissions is the Ghawar oil field in Saudi Arabia, which churns out some 525 million tons of carbon emissions each year.
The top 12 most polluting sites were all in the Gulf or Russia, according to the database.
Byrnes said that the inventory could help apply investor pressure in countries with large hydrocarbon reserves but saw little prospect of popular pressure to shift away from fossil fuels.
"This just demonstrates that it is a global challenge and many countries that are major producers but aren't as democratic as the US for example—that's where transparency comes in," she told AFP.
"We're not kidding ourselves that the registry will overnight result in sort of a massive governance regime on fossil fuels. But it sheds a light on where fossil fuel production is happening to investors and other actors to hold their governments to account."
The inventory also highlighted large variability in the price of carbon between countries, with taxes on emissions generating nearly $100 per tonne in Iraq but just $5 per tonne in Britain.
Also read: Arctic warming is happening faster than described, analysis shows
Simon Kofe, Tuvalu's foreign minister, said the database could "assist in effectively ending coal, oil and gas production".
"It will help governments, companies, and investors make decisions to align their fossil fuel production with the 1.5C temperature limit and, thus, concretely prevent the demise of our island homes, as well as all countries throughout our global community."
© Agence France-Presse

Tweets by @forbesindia
'Focus on the input, you can't control the output: Amazon's country manager
Cracking down on a Wall Street trend: ESG makeovers