Twitter shareholders to vote on Musk buy in September

The firm is locked in a legal battle with the mercurial Tesla boss over his effort to walk away from the agreement, and a judge has called for a trial to begin in October 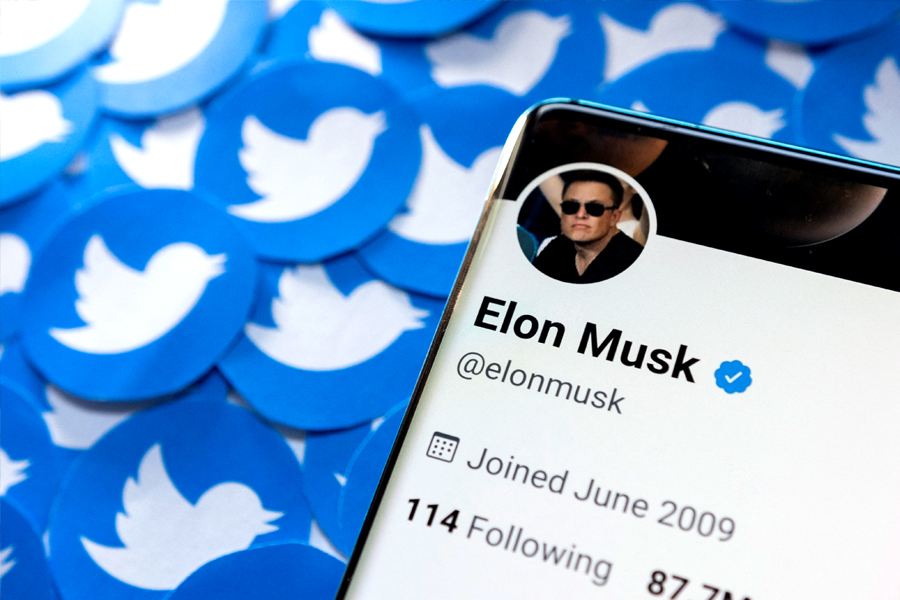 Twitter is locked in a legal battle with the mercurial Tesla boss over his effort to walk away from the agreement to buy the company. Image Illustration: Dado Ruvic/ REUTERS

San Francisco, United States: Twitter on Tuesday urged shareholders to endorse the $44 billion deal Elon Musk made to buy the online podium, setting a vote on the merger for September 13.
The firm is locked in a legal battle with the mercurial Tesla boss over his effort to walk away from the agreement, and a judge has called for a trial to begin in October.
"Twitter believes that Mr. Musk's purported termination is invalid and wrongful, and the merger agreement remains in effect," chief executive Parag Agrawal and board chairman Bret Taylor said in a copy of a letter to investors filed with the US Securities and Exchange Commission.
"Your vote at the special meeting is critical to our ability to complete the merger."
Twitter shareholders were assured that they will be able to attend the meeting online, and vote remotely.

Twitter's board unanimously recommended that shareholders vote in favor of Musk buying the company for $54.20 per share under the terms of a deal inked in April.
"We are committed to closing the merger on the price and terms agreed upon with Mr. Musk," Tuesday's letter said.
Twitter shares ended the formal trading day Tuesday at $39.34.
The company last week blamed disappointing quarterly earnings results on "headwinds," including uncertainty imposed on the company by Musk's chaotic buyout bid.
The social giant reported that the number of "monetizable" daily active users—those who can be shown advertising—increased by 8.8 million to 237.8 million.
Twitter's results covered the period ending in June, and so don't include Musk's move in July to try to "terminate" the deal on the argument that the platform was not forthcoming about its tally of fake accounts.
The social media network has countered by saying Musk already agreed to the deal and can't back out now.
A court in the eastern US state of Delaware agreed to a fast-track trial on whether to force the billionaire to complete the buyout.
Billions of dollars are at stake, but so is the future of Twitter, which Musk has said should allow any legal speech—an absolutist position that has sparked fears the network could be used to incite violence.
© Agence France-Presse

Tweets by @forbesindia
Crash versus correction: is there a difference?
Forbes India-INCA India's Digital Stars key highlights in numbers