YouTube Shorts went live less than two years ago, adding videos of no longer than 60 seconds to the mix of offerings on the platform 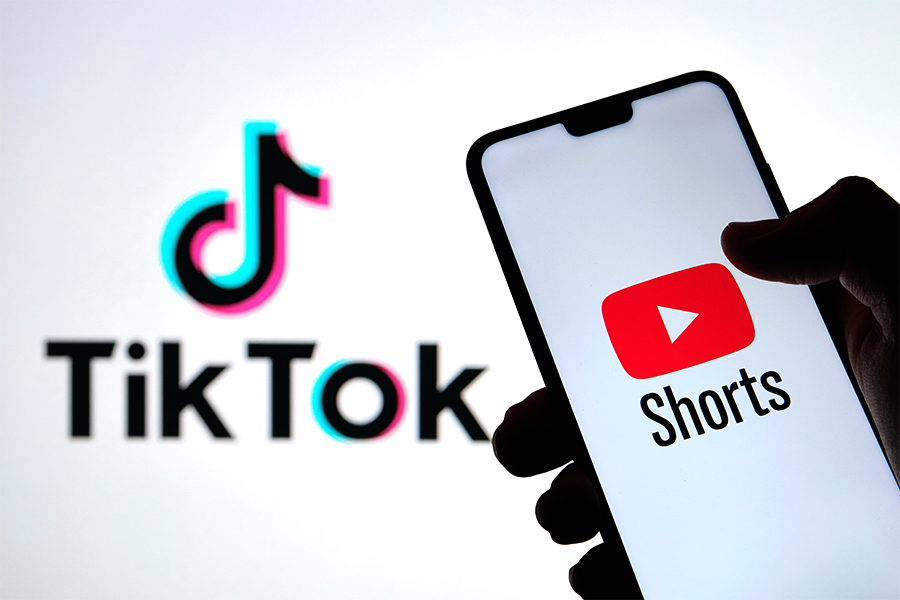 YouTube Shorts went live less than two years ago, adding videos of no longer than 60 seconds to the mix of offerings on the platform. Credits: Shutterstock

San Francisco, US: YouTube on Wednesday said that more than 1.5 billion people monthly tune into its Shorts video service, which competes with global sensation TikTok.
Alphabet-owned YouTube and Facebook-parent Meta both added short-form video sharing formats to their services after TikTok—which late last year said it topped a billion users—
became the rage.
YouTube Shorts went live less than two years ago, adding videos of no longer than 60 seconds to the mix of offerings on the platform.
"Shorts has really taken off and are now being watched by over 1.5 billion logged-in users every month," said YouTube chief product officer Neal Mohan.
"We know the product will continue to be an integral part of the YouTube experience moving forward."
YouTube last year launched a $100 million fund to "reward creators" whose video clips attract audiences to the online stage.
YouTube has also put the Silicon Valley tech titan's advertising skills to work helping creators generate income from content on the platform, which brought in billions of dollars in revenue in 2021.

Creators are taking advantage of podcasting, shorts, and live streaming at YouTube in a "multi-platform approach," said vice president of the Americas Tara Walpert Levy.
"This approach is yielding real results; channels uploading both short and long-form content are seeing better overall watch time and subscriber growth than those uploading only one format," Levy said.
She billed YouTube as a one-stop shop for people to "flex their creative muscles."
TikTok, owned by China-based ByteDance, early this year began letting users upload slightly longer videos, raising the maximum length to 10 minutes from 3 minutes.
Also read: Does TikTok plan to go head to head with Spotify?
YouTube, Meta, and TikTok compete to be the platform of preference from popular online personalities with revenue making features such as subscriptions or shares in ad revenue.
© Agence France-Presse

Tweets by @forbesindia
Salary Negotiations: A catch-22 for women
Tesla Autopilot and other driver-assist systems linked to hundreds of crashes