Forex and the RBI: For a Few Dollars More 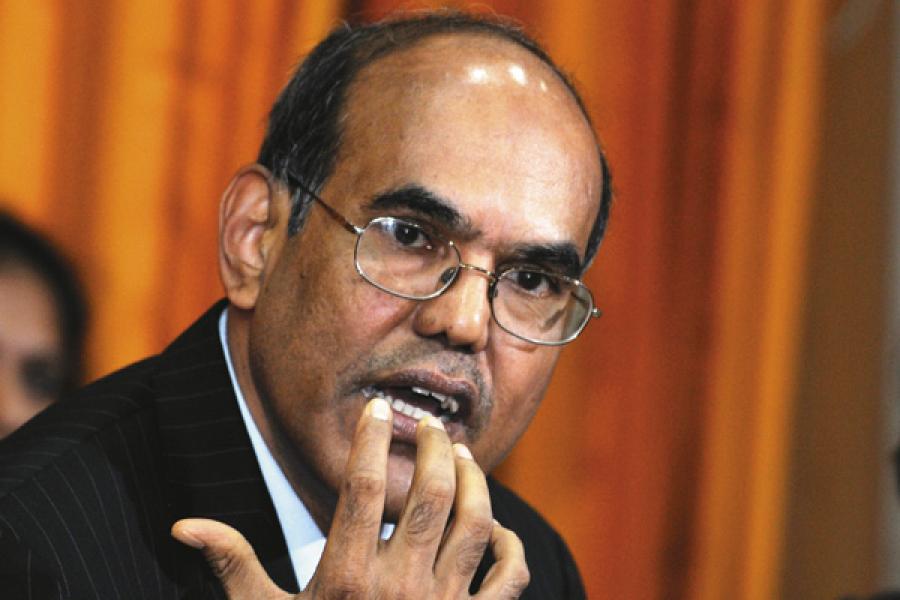 Image: Vikas Khot
RUPEE ROUTE The RBI, under Governor D.Subbarao, has tried to arrest the decline of the rupee by cutting off the speculation supply line

The Nuclear Power Corporation of India Limited (NPCIL), when it buys reactor components, settles bills partly in dollars and partly in rupees. These days it has been trying to convince component suppliers like Areva to take the payment entirely in rupees. This is largely to cut out the rupee depreciation and volatility risk. The component suppliers aren’t in a mood to oblige. They don’t want the foreign exchange volatility risk either.

Once NPCIL had to worry about euphoric electrons; now it is the melancholic rupee that has them in a funk. Seeing such mighty institutions in a spot of bother the Reserve Bank of India (RBI) decided to step in little over a month ago.

On December 14, 2011, the rupee was at a low of 54.22 against the dollar. The RBI had tried hard to intervene by selling dollars in the forex market but that did not help. Finally, it decided to cut off the speculation supply line. The central bank decided to withdraw the facility of cancelling and rebooking forward contracts and with one sweep changed the entire dynamics of the rupee/dollar relationship. Now forward contracts booked by Indian residents, irrespective of the type and tenure of the underlying exposure, once cancelled, cannot be rebooked.

Importers, who were earlier allowed to lock into a dollar rate for the entire amount they were importing, can now lock in only 25 percent of the total amount at a pre-determined dollar rate. “The first reason that RBI has done this is to reduce the volatility. The second is to insulate the Indian banking system from the risk that can be ‘imported’ through FDI and FII investments,” says Siddharth Shah, of Nishith Desai & Associates, a law firm.

The volatility will come down because the theory says that true exporters hedge and forget while speculators change directions; increase or decrease the size of their hedge when the currency movements promise profits.

The systemic risk stems from the fact that most of the speculation masked as hedging activity is carried out away from the prying eyes of the exchanges in the over-the-counter (OTC) market. The OTC market is the biggest market for corporates and traders for hedging their rupee positions.

Most Indian corporates and traders are active in the OTC market for their hedging or speculative requirements. The rupee is also traded in the non-deliverable forwards (NDF) market which is basically a global market.

Over the last one year, the dollar demand in the NDF market was up. Normally, the NDF market is much smaller than the OTC market. But the demand for dollar has gone up to such an extent that it has started to dictate price signals to the OTC market. This has resulted in a clear arbitrage for many global players who started to buy in one and sell in other to make risk-free profits. For example, the dollar-rupee value in the London NDF was higher at Rs. 54 as compared to the OTC rate of Rs. 53.

Big corporations started to make the best out of these positions. In any case, India’s economic health wasn’t great; so the speculative pressures made the value of the rupee in the OTC market tumble.

This is the reason behind cutting the hedging amount to 25 percent of the original value. “In the bad, old days of the 1970s, when dollars were in short supply, the importers had to produce the actual invoice to buy dollars. Then we moved to a fairly liberal regime where importers could buy dollars against 100 percent of their imports. Today, while India is in a much better position, we again have huge shortage of dollars around the world. So, the RBI is just reacting to this,” says Ajit Ranade, head, corporate economics cell, Aditya Birla Group. This move will contain the demand for dollars and give the rupee a shot in the arm.

The RBI’s actions are already showing some results. The rupee has started to move up steadily. The rupee is on a four-week high at 52.25. Recently, it also deregulated the deposit rates offered on bank deposits made by NRIs in India. This is expected to get NRIs to remit dollars to India and strengthen the rupee.

But the unexpected beneficiaries of the RBI move are MCX and NSE, two exchanges where the Indian rupee is traded extensively. Many corporates who have traditionally preferred to trade on the OTC are expected to do a lot of trades through the exchanges as there are not many benefits of being in the OTC market. This will also allow the regulators to monitor the positions of corporates and traders on the exchanges. “This may not be evident as of now as volumes in the exchanges are still on the lower side. But over the long term the entire forex action in India will shift to the exchanges”, says Manis Thanawala, director, Greenback Forex.

Tweets by @forbesindia
What Loyalty? High-End Customers are First to Flee
Book Review: The Price Of Civilization - Economics And Ethics After The Fall