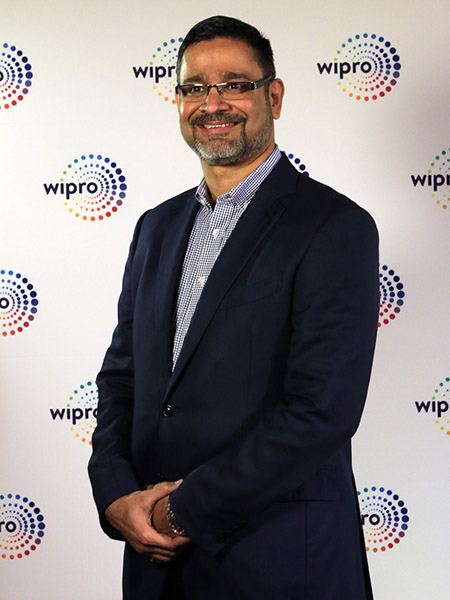 Profits for the three months ended June 30 rose by 1.2 percent to Rs 2,076.7 crore from Rs 2,051.9 crore for the year-earlier period, according to international accounting standards, Bengaluru-based Wipro said in a press release after close of Mumbai trading on Thursday. That compares with the Rs 1,986.4 crore expected by analysts at ICICI Securities.

India’s top IT companies are reporting greater demand for their new services and software, as clients move more work on to the cloud and change their business operations to bring in more digital solutions. However, the companies are a few years away from when growth from the new lines of service will counter the stagnation in traditional IT outsourcing work, which still accounts for over two-thirds of the $150 billion Indian IT sector’s revenues.

For now, the new services are consistently growing much faster and accounting for an incrementally greater proportion of revenues at the top Indian IT companies.

“We delivered revenues above the upper end of the guidance range. Our focus on digital combined with our investments in client mining have resulted in strong growth in top accounts,” CEO Abidali Neemuchwala said in the press release.

In April, Wipro had projected sales of between $1,915 million and $1,955 million for its IT services business, which accounts for most of its revenues and profits. That compares with $1,971.7 million for the three months ended June 30 that Wipro reported on Thursday, which beat the $1,940 million analysts’ estimate at ICICI Securities.

Digital services contributed 22.5 percent of Wipro’s revenues at the end of the June quarter, compared with 17.9 percent at the end of the same quarter last year. Such services include the related consulting business and the underlying IT plumbing and backend systems that will be needed to deploy the actual digital solutions.

Wipro’s larger rivals too reported greater traction for their new-age services. Revenue from digital services rose by 7.6 percent in the June quarter over the previous quarter and 26 percent over the year-earlier period, top-ranked Tata Consultancy Services said on July 13. Overall, revenue from digital technologies-led services accounted for 18.9 percent of TCS’s total sales during the June quarter, higher than the 16.7 percent proportion for the fiscal year that ended March 31, 2017.

Growth in demand for as-a-service solutions continues to outstrip that of traditional services, consultancy Information Services Group noted in a recent report. During the June quarter, as-a-service (infrastructure-as-a-service and software-as-a-service) actual contract value climbed by 32 percent, to $3.8 billion worldwide, while traditional IT contracts declined by 3 percent to $5.5 billion, ISG, which tracks contracts of $5 million or more, reckoned.

As-a-service contracts now account for 41 percent of the global sourcing market. “It won't be long before as-a-service spending reaches parity with traditional sourcing and even eclipses it," Steve Hall, a partner at ISG, said in a press release on July 12.

For the current quarter, which ends on September 30, Wipro expects its IT services revenues in the range of $1,962 million to $2,001 million.

Neemuchwala added: “We expect the momentum to continue… and aim to be at industry level growth rates in Q4.” India’s IT sector is projected to grow between 7 percent and 8 percent in the current fiscal year, which ends on March 31, 2018, according to the industry lobby Nasscom.