Putting the Boer in Bordeaux

How a family tragedy inspired Johann Rupert, billionaire founder of luxury goods company Richemont, to create one of the jewels of south african wine 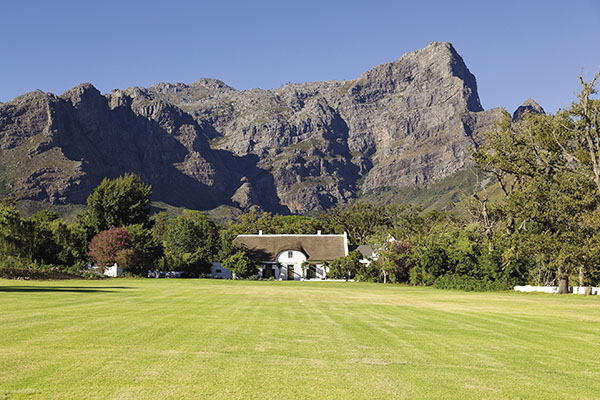 In Franschhoek, a village near South Africa’s Western Cape with 17thcentury charm and postcard views of the Drakenstein Mountains, is L’Ormarins, a 3,200-acre estate belonging to Johann Rupert; it’s the largest part of Anthonij Rupert Wyne, the South African billionaire’s wine empire. Driving past a Rodin sculpture in the garden and equally statuesque stallions on the lawns, he arrives at the property early one February morning in a jovial mood, the harvest season under way. His comfortably appointed study is in one of the property’s newer buildings, its red wine cellar designed to resemble the inner workings of a watch (an appropriate metaphor for Rupert, who built his fortune as chairman of Richemont, the Swiss luxury goods and jewelry company with such brands as Cartier, Van Cleef & Arpels and Piaget).

The 65-year-old Rupert belongs to that substratum of the stratospherically wealthy for whom silence is considered platinum. He rarely gives interviews but is undeniably garrulous when the conversation is about wine. Visible through the study’s windows are rows of Chenin Blanc, a popular varietal in South Africa that rivals the Loire Valley’s.
“Chenin Blanc is a wine that, if properly handled, is a really nice drinking wine,” says Rupert, deeply tanned and smoking his way through a pack of cigarettes. With a net worth of nearly $6 billion, he has never underestimated the value of a good customer. “I look at people, and I would say there are sippers and there are drinkers. People who stir a salad around and sip a bit of Sauvignon Blanc are probably the same people who in the past would drink spritzers. They’re not wine drinkers, and I’m not in that business. I want people who love wine.” 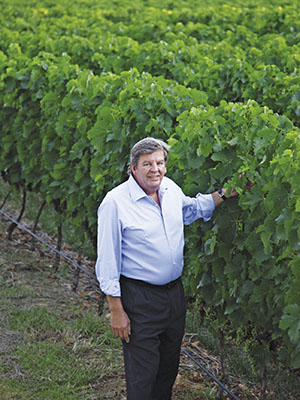 His brother's vineyard keeper: Johann Rupert is transforming what late sibling Anthonij started
In leading both Richemont and his winemaker, Rupert innately understands the competition to capture discerning customers. Many wealthy men have been known to buy wineries as markers of success, much in the way they purchase sports teams or movie studios. What the trophy-vineyard set lacks and Rupert possesses is an intimate connection to his grapes: Winemaking is far more than an expensive hobby—it’s deeply personal. The original owner of Anthonij Rupert Wyne was his younger brother, Anthonij, who, in 2001, at age 50, died in a car crash. “He was my best friend,” says Rupert, “and I wanted to finish his dream.”

Eager to bring his brother’s vision to its full fruition, Rupert has substantially expanded the winemaking operations, adding hundreds of acres of vineyards farther north and to the west—and next door, too, after purchasing land from Graham Beck, whose sparkling wine was reportedly used at both Nelson Mandela’s and Barack Obama’s inaugurations. Visitors to L’Ormarins and other nearby wineries typically stay in one of the country hotels in Franschhoek; the luxe La Residence, starting at $530 a night, is the best of the bunch. Close to L’Ormarins, in neighboring Stellenbosch, is diamond billionaire Laurence Graff’s winery, the Delaire Graff Estate, which has ten lavish lodges, beginning at $800 a night. Nearby Babylonstoren, owned by billionaire Koos Bekker, costs a lot less (starting at $250) but is sumptuous, too. To reach a broad international clientele, Rupert has insisted on exporting his goods in climate-controlled containers, a change from the usual shipping method—a slow boat through varied temperatures that can alter a wine’s character. And among his winery’s new offerings is a line called Terra Del Capo, made from Italian vines, a tribute to Anthonij’s fondness for that country’s wines. More personally, he learned to accept that winemaking would never have the same level of predictability as, say, his watch business. “Once we’ve done our jobs properly,” he says of Richemont, “then we don’t have to worry about a drought, hail or some bug I’ve never heard of in my life. If you have any overconfidence, the wine industry will take that out of you quickly.” 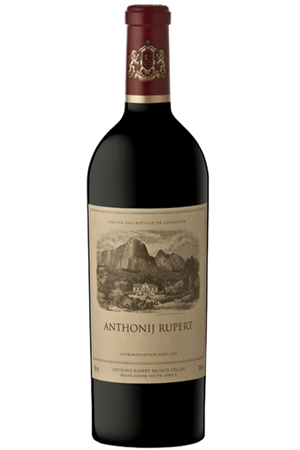 His estate’s greatest success fittingly carries his brother’s name: the Anthonij Rupert 2007, a Bordeaux-style blend of Cabernet Sauvignon, Cabernet Franc, Merlot and Petit Verdot. (It’s also priced like a Bordeaux, at $100-plus.) The vintage scored a 95-point rating from the industry bible, Wine Spectator, in 2012—only the fifth South African wine to do so—and is, naturally, hard to find these days.

A surprise hit was a 2005 Petit Verdot originally produced as part of a blend (in keeping with Bordeaux custom). In its early stages it was powerfully tannic, but once left to age it improved immensely. Rupert’s staff decided to bottle and sell it as a stand-alone wine but didn’t consult with their boss. He wasn’t disappointed. “People went crazy for it,” he says. “True wine lovers discovered it.” A French acquaintance tried a bottle and took a case to France to share among friends in the industry. “They said, ‘It’s not possible!’ They couldn’t believe it. Guess what? We’re starting to make it again this year, and we’re going to plant some more.”

Rupert also enjoys a prosperous partnership with Baron Benjamin de Rothschild originally forged by Anthonij; Rupert & Rothschild wines include the highly rated Baroness Nadine Chardonnay. As for the billing on the bottle, Rupert recalls the baron saying simply that it “sounds better than Rothschild & Rupert.”

What you won’t find Rupert making much of is Pinotage, South Africa’s signature variety, first developed about a century ago. To many winemakers the cross between Pinot Noir and Cinsaut (also known as Hermitage) is an unpalatable, barnyard-evoking wine. “I just don’t have an affinity for Pinotage,” he says. “I’ve said to my colleagues, ‘We’ve got to make wine that I like, because if I can’t sell it at least I can drink it.’ ”