Making the Best of a World Slowdown

Sluggish economic growth is hardly desirable, but as this author points out, it may be a blessing in disguise. In this article he outlines eight steps that executives can take to help their firms survive a slowdown and emerge as a smarter, more productive enterprise

This is a tough time for the world economy.  Canada will fare better than most countries but will not escape unscathed.  This too shall pass, but in the meantime Canadian executives should be looking at steps to mitigate the effects on their organizations.  The “meantime” may not be a short time.

The world economy’s problem is straightforward.  Growth is going to be slow for some time, especially in developed economies such as the U.S., Japan, Britain, Germany, France and Italy.  Outright world recession is a low probability, but growth will not be nearly sufficient to return employment and capacity utilization to desirable levels. 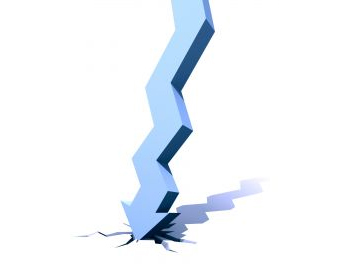 It is the rare problem that has only one cause.  The world economy’s lamentable growth prospects are in that class.  Deleveraging the extraordinary debt run-up that preceded the September 2008 financial crisis is a long workout and that will take a toll on the world economy for many years.  Even slowly removing the extraordinary fiscal stimulus of the past few years is a negative for world growth. But remove it governments must because the current track is unsustainable.  Up to its ears in debt with an intractable nine percent unemployment rate and border line gridlocked politics, the world’s number one economic driver, the U.S., is not in a position to drive anything.  Europe is a well-publicized mess of economic, government finance, banking, competitiveness, currency and political problems that ensure indefinite subpar growth.  Consumer spending often leads world recoveries but not this time – consumers have too much debt, too little savings, too little disposable income, home values that have been decimated by the real estate collapse and great anxiety about their own jobs.  Developing countries like China, India and Brazil are a positive for world growth but their growth is also slowing; besides, developing countries cannot carry the world economy on their own.  If all this were not enough, inflation is picking up in many places, including the U.S. and Canada.

Exports are about 30 percent of the Canadian economy; close to three quarters of those exports are to the struggling U.S., so it’s only wishful thinking to conclude that Canadian business will not be materially affected by world slowdown.  But we have some things going for us that will moderate the impact, especially relative to the United States.

Our government sector finances are in good enough shape that we have room to significantly stimulate our economy, should it be necessary.  Our household finances are in alarming shape but are certainly less critical than in the United States.  Our political machinery is a long way from gridlock, and if pressed is capable of timely, decisive action.  A number of the developing world’s fastest growing economies need commodities that we have in abundance.

Expect Canadian growth to be about two percent in 2012 and a little better in 2013.  All in all, Canada is a good place to ride out world slowdown. But that does not mean Canadian executives should not be taking steps to help themselves.

First, economic slowdowns always put pressure on revenues, so growing or even maintaining earnings requires aggressive but prudent action on spending.  This is a good time for Canadian executives to be putting the spending side of their organizations under a microscope.  There is always money that can be saved through some combination of working smarter and doing without.  There are not many good sides to slowdown but slowdowns do tend to put focus on inefficient workplace practices.

Second, the customer should always be an organization’s primary focus, especially during a slowdown.  The more difficult it is for competitors in your industry to grow their revenues, the more they will try to grow by taking your customers.  During a slowdown customers really do become king.  It is wise to treat them as such.  Better to target your competitors’ customers than wait for them to target yours.

Third, a period of economic weakness is a good time to take a hard look at the product line.  Product competitiveness is key to an organization’s success.  Your competitors will feast on a weak product line.

Fourth, it can be tempting to add debt during slowdowns instead of making tough decisions.  Executives should make concerted efforts to protect their balance sheets.  Debt is not a sustainable response to a slowdown.

Fifth, employee fear and worry usually accompany a slowdown and this can take a serious toll on morale with adverse consequences for turnover, absenteeism, health, motivation and product quality.  Imprudent and poorly communicated efforts at spending control can exacerbate things considerably.  Slowdowns are always a challenge for executives on the people side but this does not mean executives should not make a determined effort on this front.  What you do for people in the down part of the economic cycle may prove to be a benefit in the upturn.

Sixth, slowdowns always put pressure on an organization’s cash flows.  During slowdowns it is important to keep banker and other financial market relationships on good terms.  There is a lot to be said for a “no surprises” approach.

Seventh, risk usually rises during slowdowns.  Executives should look for ways to mitigate risk by operating their organizations differently, insuring against risk or using derivative and other financial strategies to shift the risk to someone else.  Risk management has become a highly specialized field and executives may be surprised to find how far it has advanced and how much it can help.

Finally, in a slowdown executives sometimes make the mistake of reducing investment in plant, equipment and training so much so that it impacts the organization for years to come.  Overreacting to a slowdown can be just as bad as denying its existence.

This is the first Ivey Business Journal of 2012, and it is a good time to look ahead.  Right now things in Canada look better than they are in most countries. But still, the situation here is not particularly good.  There are just too many dark clouds over the world economy.  Executives should be thinking now about how they will make the best of things in the near future.

John S. McCallum is Professor of Finance at the I. H. Asper School of Business, University of Manitoba. His column is a regular feature of Ivey Business Journal.

© Reprinted from the Ivey Business Journal.  Used by permission of the Richard Ivey School of Business Foundation

Tweets by @forbesindia
Podcast: BCCI And The State of Indian Cricket
Rent A Supercar