Quality, not profits, was the mantra for Pallonji Mistry, who retired as chairman of the Shapoorji Pallonji Group 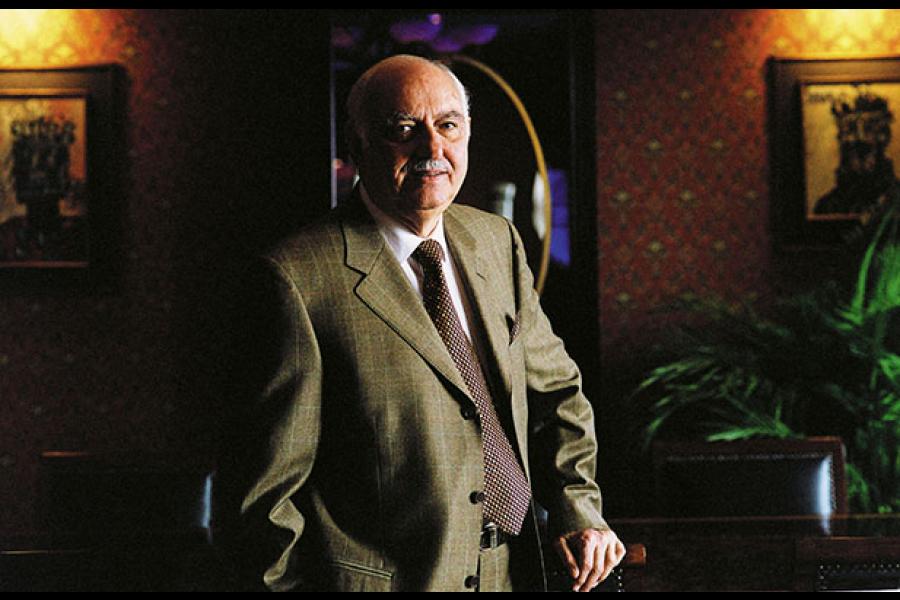 With his booming voice, Pallonji Mistry kept a tight grip on the Shapoorji Pallonji Group till June, when he ended his innings as chairman and handed over charge to older son Shapoor Mistry. Those who know the company say this change was overdue after younger son Cyrus Mistry was anointed chairman of Tata Sons.

Pallonji is rarely seen in public, is said to be not in the best of health, and doesn’t give interviews. With a net worth of $9.8 billion, most of which comes from his 18.4 percent stake in Tata Sons, he’s easily the wealthiest Parsee on the list. “How can a man who is so wealthy be so modest?” asks someone who worked with him for years. Others say he’s a thorough gentleman. “He’s got that quiet air of authority,” is how one of them described him. A good listener, he’d make it a point to go around the room for differing viewpoints. The final decision would “of course, always be his”.

During his chairmanship, SP Constructions, which began life 147 years ago as a contractor that built the Malabar Hill reservoir in Mumbai, went on to become the country’s leading construction firm with a revenue of over $2 billion.

It has constructed many iconic buildings, like the HSBC’s headquarters in Mumbai’s Fort area. Pallonji’s driving force was reputation. Employees fondly remember him saying, “Don’t bother about profits, only care about quality.” He left behind a $2.5 billion group that also has well-known names in its stable like Eureka Forbes, Gokak Textiles and Afcons Infrastructure.

In the last decade, Pallonji started spending less and less time in office due to his ill-health. Towards the end, he would come for two hours every day. It was during this time that son Cyrus is said to have played a pivotal role in modernising the group’s systems and processes.

In 2003, Pallonji obtained Irish citizenship due to his marriage to Patsy Perin Dubash. Now, he spends a significant amount of time in Pune, where the family has a 200-acre stud farm.