"With the powerful combination of democracy, demography and dynamism, we seek to achieve great development in India." — Prime Minister Narendra Modi at the News18 Rising India Summit 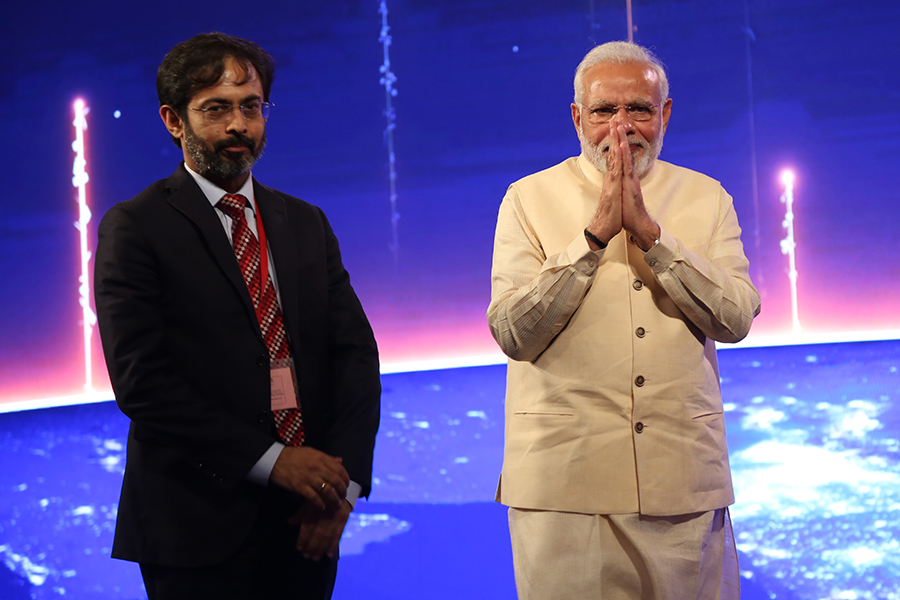 At this moment in time, India has a lot to be proud of. It is the fastest growing major economy across the globe; it has nurtured some of the world’s finest minds and it is home to some of the best run companies, amongst numerous other achievements. At the same time, its journey has only just begun. There is an acute and well-acknowledged need to keep striving and pushing every boundary that holds it back, if it is to regain its historic place of pride.

The first edition of Rising India from News18, staged on the 16th and 17th of March 2018, in New Delhi, brought together thinkers and scholars from around the world, global statesmen, great achievers in every field of endeavour and, above all, well-wishers of India.
This marquee thought leadership initiative of News18 endeavoured to imagine a collective future to greatness and showcase India’s rising stature in the world and its determination to embrace all the opportunities for a better future. It also sought to capture the thoughts and vision of those in the driving seat of various facets of progress.

The event began with a candid dialog with Union Railways Minister, Piyush Goyal and Union Minister for Road Transport and Highways, Nitin Gadkari. Speaking passionately about their portfolios, they shared their vision for the future of infrastructure and the route that could lead the country there. Quick on the heels of that inspiring conversation was a discussion with a clutch of heavy-weights thought leaders - Minister of Commerce & Industry and Civil Aviation, Suresh Prabhu, Vedanta chief Anil Agarwal, CEO of NITI Aayog Amitabh Kant, MakeMyTrip, founder & CEO Deep Kalra, SBI Chairman Rajnish Kumar and CEO of KKR India Sanjay Nayar.

The highlight of the summit was a presentation by the Prime Minister, Shri Narendra Modi, on what Rising India meant to him. Stating clearly, at the outset, that the theme could not be restricted to a narrow focus and must entail a broader context, he touched upon a range of issues, from leading the way with the use of cleaner fuels, putting an end to terrorism and corruption and boosting health and health care in the country to enhancing India’s stature and voice on the world stage. He recounted achievements that should make Indians proud and explained how a new form of governance, in which the people lead, will be the best way forward. He also shared his views and vision on how together we could accomplish the resolve of New India.

Other luminaries that contributed to the ideation pool and stock of actionable solutions that emerged at the summit were Nirmala Sitharaman, Union Minister for Defence, Rajnath Singh, Union Home Minister, Smriti Irani, Minister of I&B and Textile, Rajyavardhan Singh Rathore, MoS for Youth Affairs and Sports, Paul Krugman, Nobel Laureate Economist, Yogi Adityanath Chief Minister of Uttar Pradesh and many others. Representing the film fraternity, Kangana Raut and Ranveer Singh upped the glam quotient of the event while Prasoon Joshi, Chairman, Central Board of Film Certification shared his take on the Rising India story.

The event concluded with energy and enthusiasm for the future which was truly tangible. With a solid grounding of the status quo, a stock of actionable ideas and a glorious vision for the future, the Rising India summit set the tone for a clear road map from take-off to triumph.