1 Time Magazine — Person of the Year
The tradition of selecting a Man of the Year began in 1927, with Time’s editors contemplating newsworthy stories possible during a slow week. It was also an attempt to remedy the editorial embarrassment earlier that year for not having aviator Charles Lindbergh on its cover following his historic trans-Atlantic flight. While the designation is usually regarded as an honour, previous awardees include Hitler and Stalin. This year, the list of candidates is fairly controversial, and includes Iranian protestors and Somali pirates. 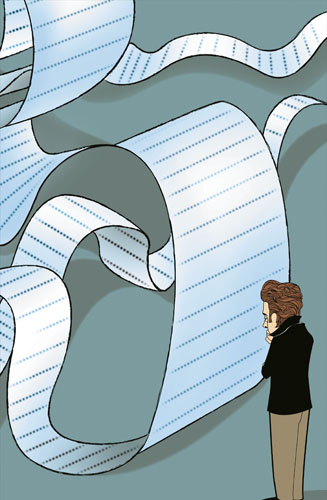 Image: Vidyanand Kamat
2 Vanity Fair — Year in Pictures
Vanity Fair images are often as important as the story — sometimes the images are the story. This list is a summation of the most iconic images to appear in the magazine in 2009. Past pictorials include the controversial, such as David LaChapelle’s with actor Mike Meyers dressed as a Hindu deity, and the heart-wrenching, like James Nachtwey’s images of Vietnamese children disfigured by Agent Orange.
Click for More
3 BBC — Sound of 2010
The list is designed to find the best up-and-coming musical acts for the coming year. More than 130 of UK’s leading music critics and broadcasters name their favourite new acts and finally a long-list of 15 is prepared .
Click for More 4 GUARDIAN — Books of the year
The Guardian’s guide to the Best Books of 2009 isn’t your usual, monotonous roundup of the best pickings. The British daily has asked leading figures in the arts to pick their books of the year, from novelist Nick Hornby, to fashion favourite Vivienne Westwood and even film director Sam Mendes. Definitely check out this list and enjoy choosing from a host of opinions. The only blot on file would be politician David Cameron’s choice of political diaries…can you say predictable?
Click for More
5 New York Times — Annual Year in Ideas
This series from The New York Times Magazine is a digest of ideas that helped make each year, for better or worse, what it was. The ideas are not necessarily good ideas or even the most popular. They’re only alphabetically ordered. But they are ingenious, inspired, perplexing and some even outright illegal — a fresh selection of intellectual sushi. Enjoy.
Click for More
6 Amazon — Best of 2009 Books
Amazon, the pioneering online bookseller, has two main lists out: The top 100 picks by their editors, and what sold most. The editors’ top pick is called Let the Great World Spin. Readers chose Dan Brown’s The Lost Symbol. There are also sub-lists by genre, so you can just go check out what interests you.
Click for More 7 Roger Ebert’s Movie Yearbook 2009
Roger Ebert is an American film critic and screenwriter. He is known for his film review column (appearing in the Chicago Sun-Times since 1967, and later online) and his reviews are syndicated to more than 200 newspapers in the US and worldwide. In 1975, Ebert became the first film critic to win a Pulitzer Prize for Criticism. We recommend a copy of his annual movie yearbook which is predominately a collection of his reviews of that year. The heavy use of mocking sarcasm, dry wit and shocking candour makes it one of the most irresistible ways to lay 2009 to rest!
Click for More
8 Esquire — 30 Women We’ve Loved in 2009
This one’s for the boys. Esquire, the original men’s magazine, was founded in the United States in 1932 as a reaction to the tyranny of women’s magazines during that time. And from its very first issue, there has always been an appreciation of women. The list is a recap beyond the Sexiest Woman Alive, and is accompanied by great photos of the great women of today. This year’s fab 30 include Candice Swaponoel, the new face of Victoria’s Secret, Italian beauties, an SNL favourite and a carpenter with an inventive use for walnuts!
Click for More
9 THE ECONOMIST — THE WORLD IN 2010
The World in 2010 is the 24th edition of The Economist’s annual collection of predictions for the year ahead — with views from journalists, politicians and business people. The edition will be sold in 90 countries and translated into around 20 languages. So what are some of the forecasts for 2010? The World in 2010 predicts regime change for the UK, with a clear Conservative majority. Gordon Brown, are you listening?
Click for More
10 Time Magazine — Top Ten Everything of 2010
The Mother of all year-end lists! Time magazine’s amalgamation of all the Top Ten’s of 2009, from the year’s best (or rather, worst) political gaffes, fashion faux paus, iPhone Apps, and even medical breakthroughs. Chart the highs and lows of 2009 from these 50 wide ranging lists.
Click for More
11 Foreign Policy’s Top 100 Global Thinkers
From this year’s Nobel Peace Prize winner, to the brains behind Iran’s Green Revolution, Climate Change’s messiah Dr. Rajendra Pachauri and Nouriel Roubini, the economic Cassandra who actually did have a crystal ball — they had the big ideas that shaped our world in 2009. Read the list to see the 100 minds that mattered most in the year that was.
Click for More
12 Lonely Planet’s Best in Travel 2010
Considering where to go in the coming year? Lonely Planet’s guidebook presents the top 10 countries, regions, and cities to visit in 2010, chosen by Lonely Planet’s global team. Expect old favourites, like New Zealand, chosen because of its spectacular landscapes, proud Maori culture and fine food and drink. Also mentioned are the obscure, like Fernando de which had only 9,000 foreign visitors last year.
Click for More
13 Time Magazine — 50 Best Web sites of 2009
Clear out your bookmarks. You’re going to need the space for Time magazine’s roundup of 2009’s 50 offerings that are indispensable to navigating, shopping or just killing time on the Web. It’s a tough choice between Flickr, Twitter and YouTube.
Click for More
(Compiled by: Shloka Nath, Charles Assisi, Saumya Roy, S. Srinivasan)