India's representation on the list indicates that midsized companies in the country have performed better in the last one year, as 10 new companies get added to the list this year 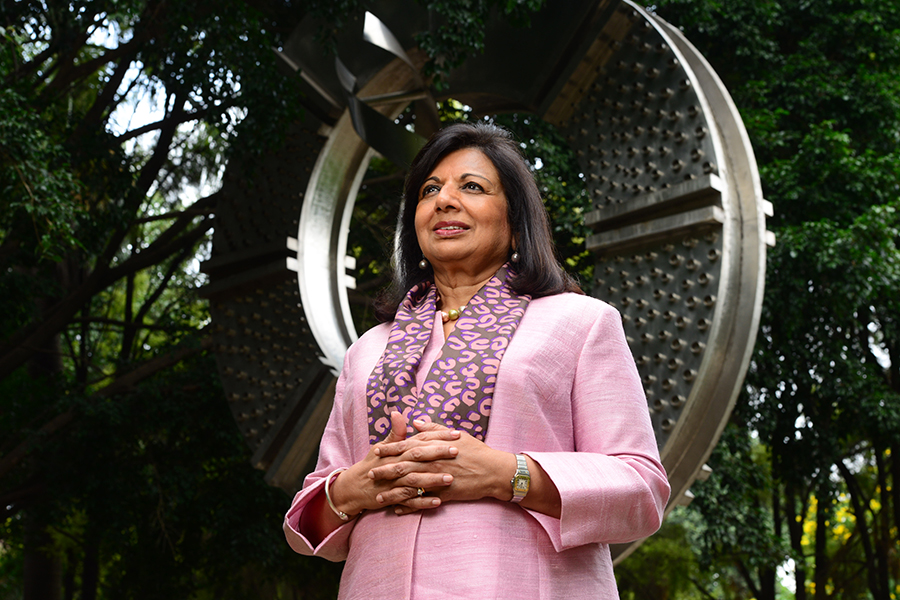 Fourteen Indian companies have made it to the Forbes Asia 200 Best Under A Billion 2019 list; that’s 10 more than last year. The list, which is brought out every year by Forbes Asia highlights 200 of the top publically-traded companies in Asia-Pacific that have less than $1 billion in revenue, but are consistent in posting top- and bottom-line growth. Among the 14 companies that made it to the list, Biocon has the highest market cap at $4.4 billion and sales at $789 million. The Kiran Mazumdar-Shaw-led company is an enterprise in biotechnology that manufactures products like statins, immunosuppressants and anti-diabetic drugs. They also manufacture specialty enzymes and new enzyme applications besides providing clinical and custom research services.
Jubilant FoodWorks Ltd. also made it to the list, and has the second highest annual sales revenue at $468 million, with a market cap of $2.4 billion. The company owns and operates fast food chains like Domino’s Pizza and Dunkin Donuts. The 200 top-performing public companies on the 2019 Forbes Asia’s Best Under A Billion list posted more than 50% average growth in annual net profit and sales in their latest financial year to a combined $10  billion and $54 billion respectively. The total market value of the class of 2019 fell 10% to $228 billion, compared to the previous batch, amid trade tensions between China and the US It’s interesting to note that only three out of the 14 Indian companies in the list have their annual sales revenue in two digits, the rest have sales figures more than $100 million. Like last year, China, Hong Kong and Taiwan dominated the list with 122 collective entries in the list in 2019. That is again 14 more than last year—in 2018, the consortium was represented with 108 companies on the list.

The 2019 list was compiled from among 19,000 candidates, out of which 1,400 passed the criteria for profitability, growth and modest indebtedness. The companies that made it to the list produce the highest sales and earnings per share growth for both the most recent fiscal one- and three-year periods, and the strongest one- and five-year average return on equity. Other Indian companies on the list include, Graphite India, Solar Industries India, Maithan Alloys. 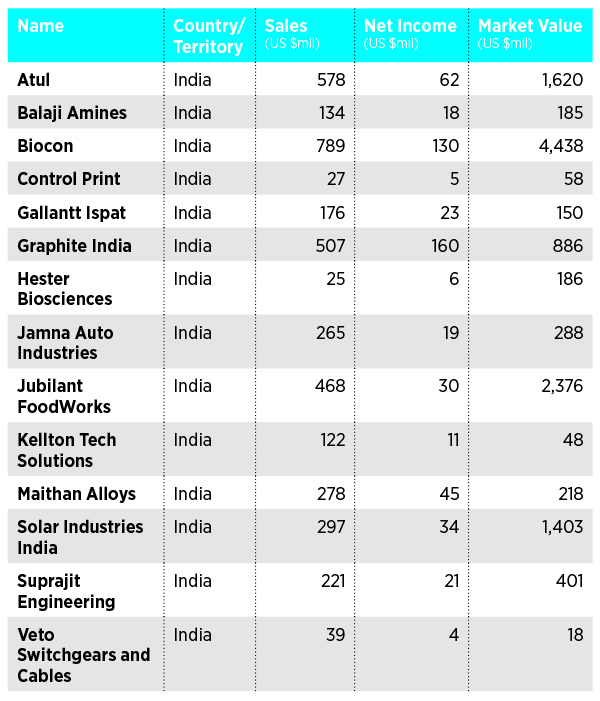