That's the most from any jurisdiction; four Indians feature in the top 10 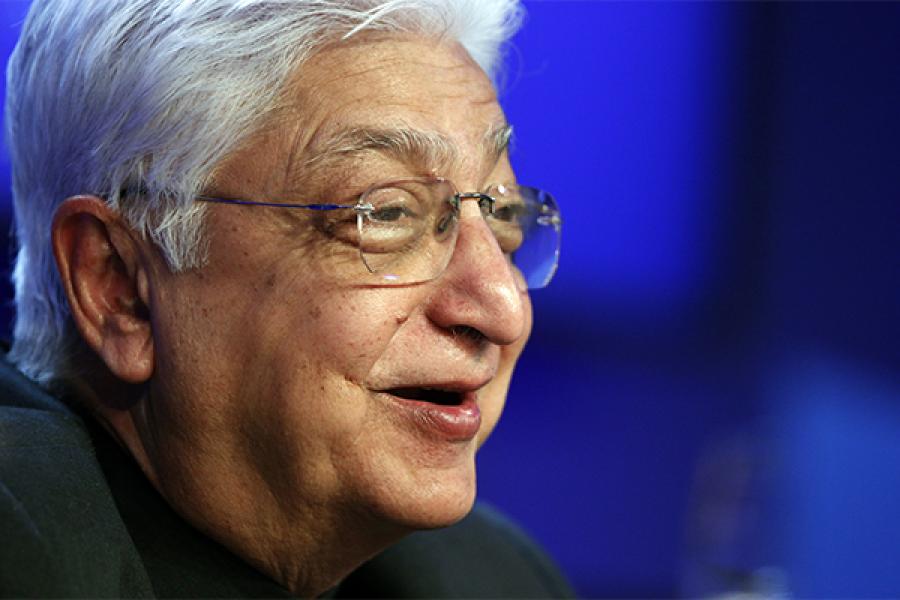 Image: Vincent Kessler / Reuters
Azim Premji, chairman of Bengaluru based Wipro Limited is placed at number 7 with a wealth of $17 billion in Forbes List of Asia’s 50 Richest Families

Forbes Asia’s inaugural ranking of the top 50 Asian business dynasties features four Indians in the top 10. In fact, Indians hold 14 of the 50 spots in the 50 Richest Families in Asia list, the most from any jurisdiction, a press release from Forbes Asia said.

The Ambani family is ranked third, with a combined wealth of $21.5 billion from the two Reliance groups [brothers Mukesh and Anil Ambani run their businesses separately].

Wipro chairman Azim Premji is seventh with a wealth of $17 billion; the Hinduja brothers are at number 9 with $15 billion in wealth while the Mistry family, through the Shapoorji Pallonji Group, is ranked 10th, with a wealth of $14.9 billion.

South Korea’s Lee family, which controls the Samsung Group, tops the list with a combined wealth of $26.6 billion.

The list reveals that the growth of family groups and dynastic wealth are at the core of many of Asia’s largest conglomerates and best brands. Nearly half of the richest families in Asia are of Chinese descent, yet none of the inaugural 50 is based in the mainland, where conglomerates are young, run by the first generation, able to muster billions of dollars in wealth in an open economy, a Forbes Asia statement says.

The Forbes Asia top 50 business dynasties was compiled after reviewing families of 550 members of 11 Forbes Asia Rich Lists (excluding Australia) and additional families behind the region’s biggest private companies and dynasties that had fallen out of the rich lists because the fortunes were too dispersed.

Valuations were made using shareholdings and financial information obtained from families and individuals, stock exchanges, analysts and other sources. Net worth is based on stock prices and exchange rates as of the close of markets on September 25, 2015. Private companies were valued based on similar companies that are publicly traded.

Tweets by @forbesindia
Modi fits in the class of Barack Obama and JF Kennedy: Martin Sorrell
The 2015 Forbes India Rich List is a reflection of changing times