Beauty and the Beast: Coming soon to India 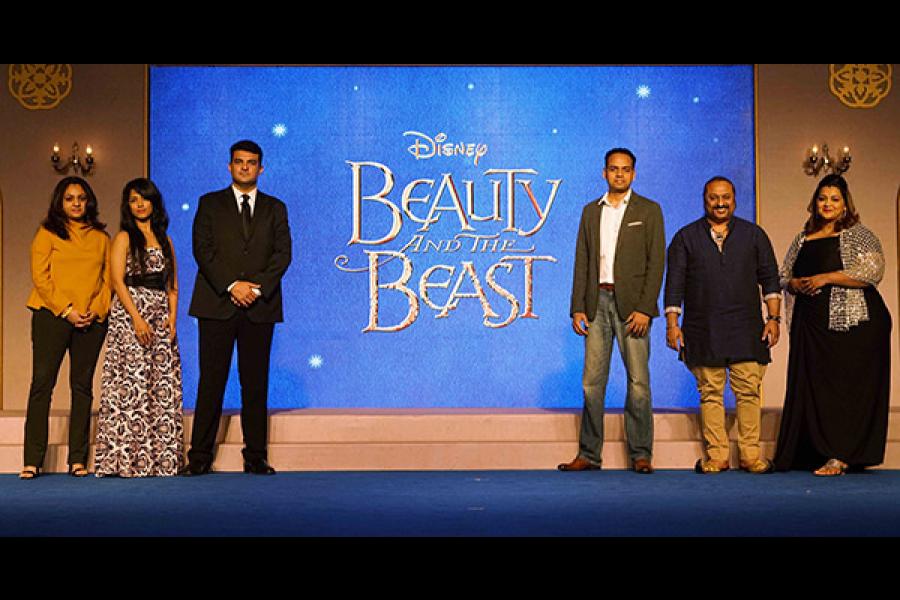 Disney India today announced its plans to enter the live entertainment business with the India launch of its classic musical Beauty and the Beast. Having launched it in New York in 1994, taking it to 28 countries (100 cities) and adapted it in 17 different languages, Disney will now bring the musical to Indian stage in October 2015 at Mumbai and later in Delhi. Multiple shows of the musical are being planned in both cities between October to December 2015 with a completely new Indian cast and crew.

Auditions for the musical were held a few months ago; over 8000 hopefuls applied from which 1000 were shortlisted for auditions. Finally a cast of 18 was chosen and trained for the India launch of Beauty and the Beast, in close collaboration with the Disney Theatrical Group of New York. Based on the Academy Award-winning animated feature film, the musical love story will be presented on the same scale as the mega-productions seen on New York’s Broadway and London’s West End, replicating similar production values, lavish sets and gorgeous costumes specially designed for the Indian cast. The musical is being completely developed locally in India, though retaining its original script and music. It will be performed in English with a duration of 130 minutes."At Disney India, we are always thinking of ways in which to bring our audiences truly memorable world-class entertainment experiences, and this effort to locally produce one of our most beloved Broadway musicals, is another example of that ongoing effort,” said Siddharth Roy Kapur, managing director, Disney India. Originally produced by Disney Theatrical Productions, it has music by Alan Menken (who also wrote the  music for The Little Mermaid, Aladdin, Tangled) and lyrics by the late Howard Ashman (of The Little Mermaid and Aladdin fame), with additional songs with music by Menken and lyrics by Tim Rice (The Lion King, Jesus Christ Superstar). Disney India is working with local talent to recreate the show for Indian audience. Some of them are: Vikranth Pawar (show director and creative head, Live Entertainment at Disney India), Lesle Lewis (music direction), Terence Lewis (choreography), Varsha Jain (set design), Gavin Miguel (costume design) and Suzanne D’Mello (vocal training).Since 2004, Beauty and the Beast has been produced in 28 countries, seen by more than 35 million people with over 28,000 performances - equivalent to a run of 67 years, generating over $1.7B in revenue. Disney India chose to start their live entertainment business with this musical since its storyline they claim resonates with Indian mythological tales. It was also the first Disney Theatrical Productions title in countries across Scandinavia, Latin America, Eastern Europe and Russia, among others. In addition to professional productions, Beauty and the Beast is Disney’s most requested title internationally for regional, community and amateur productions.  Currently, there are four productions of Disney’s Beauty and the Beast playing around the world including Moscow and tours in North America, Japan and Germany. In Mumbai it will be performed at Dome, the NSCI SVP Stadium, while in Delhi it will be held at Thyagaraj Sports Complex; each of which can seat more than 2000 people for each show.
Show More
Thank you for your comment, we value your opinion and the time you took to write to us!