Is the ongoing battle between industrialist Vijay Mallya and Indian public sector banks a classic example of the idiom: Closing the stable door after the horse has bolted? 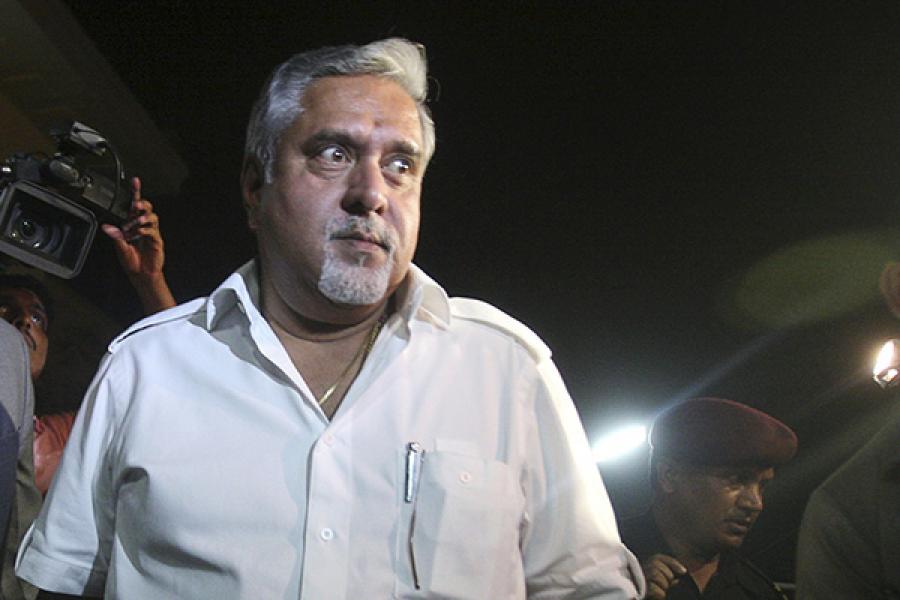 Is the ongoing battle between industrialist Vijay Mallya and Indian public sector banks a classic example of the idiom: Closing the stable door after the horse has bolted? Some analysts argue so, as Mallya’s indebtedness to banks and others, including former employees of Kingfisher Airlines, is a case that’s been dragging on for four years now.

Shriram Subramanian, managing director, of independent proxy advisory and governance research firm InGovern is of the opinion that the recent action taken by a consortium of public sector banks to recover their dues from Mallya is a mere “eye-wash”. “Is there any real intent by the government or the banks to act? No, there isn't. Just because of the media hype around Mallya, banks have had to show that they have acted,” says Subramanian, who in the past has been very critical and vocal about the way in which Mallya has operated his businesses.

Kingfisher Airlines, which was started with much fanfare by Mallya in 2005, shut down operations in late 2012 after the airline piled up huge debts and reported massive losses. A 17-member banking consortium led by State Bank of India has a loan exposure of over Rs 7,000 crore or $1 billion to the defunct Kingfisher Airlines.

Mallya has claimed that “the banks and their assignees have recovered, in cash, an aggregate of Rs 1,244 crore” from sale of pledged shares. He also has put on record that the aggregate cash recovery/security available with banks is Rs 2,494 crore.

Nevertheless, the Supreme Court on Wednesday has sought a reply from Mallya, after hearing a petition filed by the banking consortium that is seeking to prevent Mallya from leaving the country. Interestingly, the apex court was informed by the Attorney General of India Mukul Rohatgi that Mallya had left the country “possibly on March 2”.

In a statement on March 6 Mallya had said, “I have been most pained as being painted as an absconder—I have neither the intention nor any reason to abscond. I have been a non resident for almost 28 years and the Reserve Bank of India has acknowledged this in writing.”

The petition filed by the banking consortium in the Supreme Court came about after a series of events, which were triggered when Mallya announced his resignation as chairman of United Spirits Limited (USL) on February 25. He had then said that he had “decided to spend more time in England” closer to his children.

As part of his resignation and exit from USL, the company’s owner Diageo agreed to pay Mallya $75 million (Rs 517 crore) over a period of five-years. This saw the banking consortium rush to court. First, they wanted to claim their right on USL’s $75-million payout to Mallya. They were successful in getting a favourable order from the Debts Recovery Tribunal, in Bengaluru, but the actual verdict is still not out.

A report headlined ‘Mallya beats banks to Diageo’s $40 m’ in The Times Of India, on Wednesday, read “disclosures have revealed that the British giant [Diageo] has already paid the UB Group chairman $40 million as part of the first tranche of the controversial tycoon’s exit deal from United Spirits (USL).”

The larger question, however, is have the banks learnt their lessons in dealing with defaulters and are they applying the Mallya lesson to others? “No they are not,” says Subramanian. He says that there are many companies in the infrastructure space who are in “default mode”, but no action has been taken against them by banks. “The Mallya lesson is that banks should go after the other guys,” he says.