The startup eyes both defence and commercial markets as potential clients 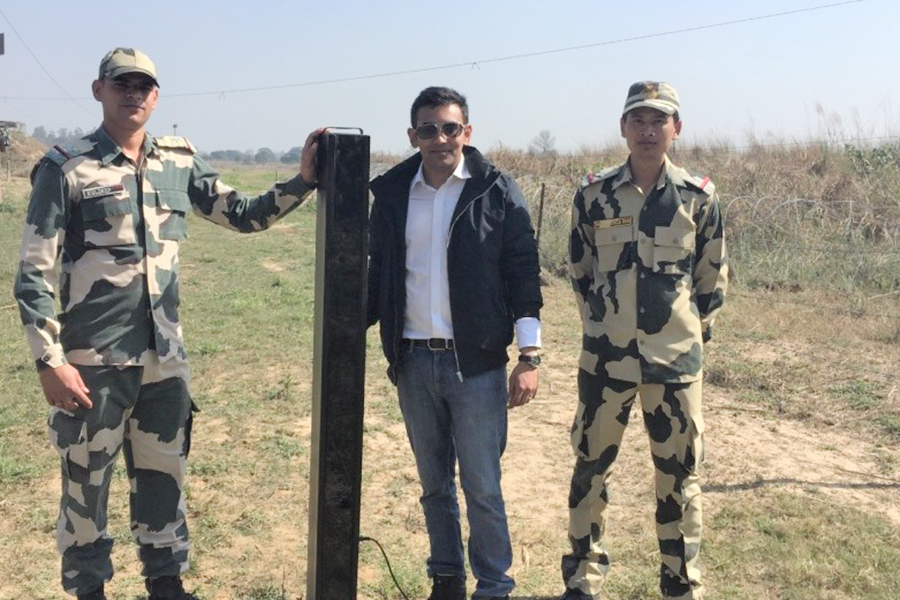 Founded in 2015 by Tushar Chhabra, Saurav Agarwala and Tommy Katzenellenbogen, CRON Systems provides tech-based solutions like deep research in lasers, data, Artificial Intelligence (AI), encrypted communications and automation, for border security. The startup also helps identify and report human and mechanical intrusions with the help of IoT and ‘laser-guided intrusion detection systems’. The funds raised will be used for strengthening its research and development, hiring talent and exploring new markets across international markets like Middle East, Africa and Europe.

“Finally, we have an Indian start-up indigenously developing defence IoT systems and products. The team-- Tushar, Saurav and Tommy--brings exceptional skillsets to the table. In a short span of 6 months, they have already developed and deployed cutting edge products for both domestic and international markets,” Girish Shivani, co-founder, executive director and Fund Manager, YourNest India VC Fund tells Forbes India. This is the first investment by YourNest from its new fund, called ‘YourNest India VC Fund II’, which was announced in October 2016 with a corpus of Rs 300 crore.

The startup, which already counts Border Security Force (BSF) and the Indian Army as its clients, is now developing automated patrolling rovers and trucks in partnership with an Israeli company. It is eyeing both defence and commercial markets (warehouses, IT parks, housing societies and estates) as potential customers. “We have seen tremendous response for our products from different quarters and will continue to innovate further… we expect to grow at a rapid pace across both defence and commercial markets in India and abroad,” says Tushar Chhabra, CEO, CRON Systems, who has formerly worked as a strategist with Google.

Tweets by @forbesindia
The top-earning streaming stars
This is not the time for a run-of-the-mill budget: Pawan Goenka