Sequoia Capital is said to lead the new funding round, which puts Bird's valuation slightly higher than the $2.3 billion it was pegged at last year 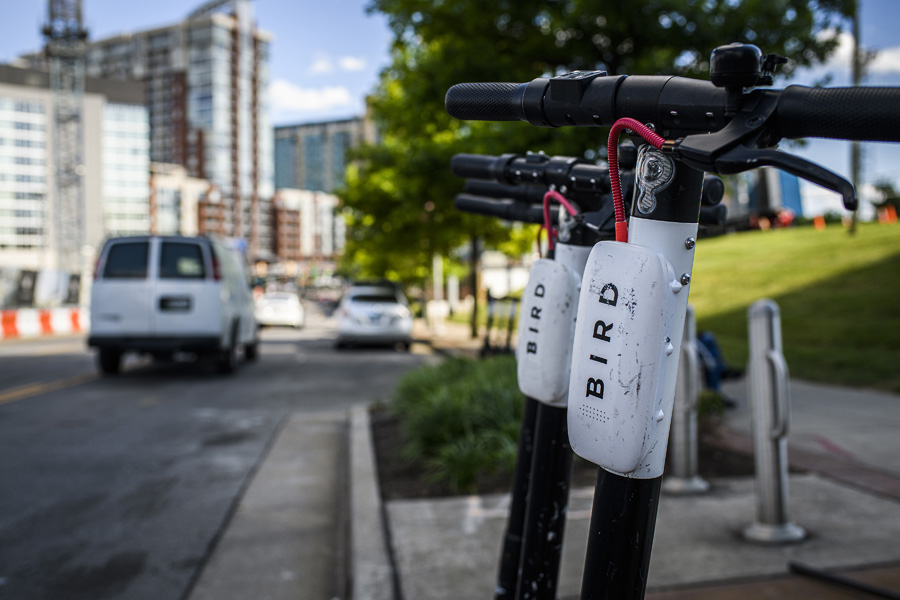 Bird scooters in Nashville, Tenn., June 13, 2019. Bird, the start-up that rents out electric scooters, is being valued at $2.5 billion in a new funding round led by the venture capital firm Sequoia Capital, according to three people with knowledge of the deal. (William DeShazer/The New York Times)

SAN FRANCISCO — Bird, a startup that rents out electric scooters, is being valued at $2.5 billion in a new funding round led by the venture capital firm Sequoia Capital, according to three people with knowledge of the deal.

The funding puts Bird’s valuation slightly above the $2.3 billion that it was pegged at last year. At the time, the $2.3 billion figure represented double the startup’s previous valuation, as venture capital investors fought to pour money into scooter startups.

But that eagerness has deflated over the past year as investors have questioned whether the scooter companies can make money. The scooters have been subject to vandalism and theft, and early models were not very durable and lasted only a few months. Furthermore, after the recent tepid initial public offerings for Uber and Lyft, investors have thought twice about pouring money into unprofitable transportation startups with untested business models.

The total capital that Bird will raise in the new fundraising has not been finally decided, said the people, who spoke on the condition of anonymity because they were not authorized to speak publicly. Bird said last year it had raised a total of $418 million in funding.

A Bird spokeswoman declined to comment. Roelof Botha, a partner at Sequoia Capital, which previously invested in Bird, declined to comment on the funding but said in a statement that Bird’s team “exemplifies grit.” TechCrunch earlier reported Bird’s new valuation.

Based in Santa Monica, California, Bird began operating in 2017. The company grew quickly as it brought fleets of scooters to cities around the country. Competitors also proliferated, including Lime, Skip, Lyft, and Spin, which is owned by Ford, and Jump, which is owned by Uber.

Bird has invested in upgrading its fleet to heavier, more durable scooters. Last year, it introduced a new model that lasts an average of 10 months, the company said, and makes up more than 75% of the fleet. Travis VanderZanden, Bird’s chief executive, recently said in a tweet that the company made $1.27 on every ride, including all costs. He said revenue had increased fourfold since last year.

Bird has worked to reduce its costs by cutting staff and slowing down its expansion plans. It has also experimented with direct sales of its scooters and monthly rentals.

Tweets by @forbesindia
How AngelList makes its startup investments
With $1 billion from Microsoft, an AI Lab wants to mimic the brain