TalentCare aims to create a pool of professionals for entry-level roles in the IT, banking and health care sectors through a paid six-month programme 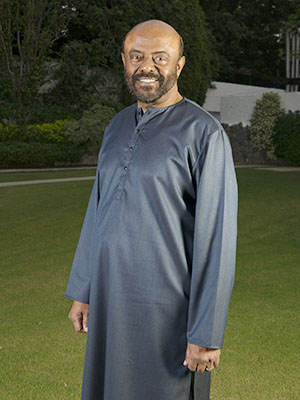 Shiv Nadar-promoted HCL Corporation on Thursday announced its entry into the skill and talent development space with the launch of HCL TalentCare, a talent solutions company.

This is the second new business venture launched by HCL Corporation. In February 2014, the company had launched HCL Healthcare, which — over the next five years — plans to create India’s largest network of outdoor patient clinics.

Roshni Nadar, CEO and executive director of HCL Corporation said this was the missing link in the company's businesses. “We have presence in all areas of economic growth. We are in IT, health care and now in the talent creation space,” she said. In the next three years, HCL plans to enrol, train and provide career opportunities to over 20,000 graduates.

HCL TalentCare is a business-for-profit entity. The company will create a ready talent pool of professionals for the IT, banking and financial services and health care space. It will earn revenue through fees from students and also companies that hire trained graduates from HCL. Premkumar Seshadri, managing director of HCL Infosystems will be the chief mentor of HCL TalentCare.

Shiv Nadar, founder and chairman of HCL Corporation, said there is a large pool of non-engineering graduates in the accounts, finance, insurance and health care space who require training. “We started training in the IT space but in the future, we will look at the non-IT space as well,” said Nadar.

In FY15, as part of a pilot project, HCL sourced, skilled and staffed over 600 graduate engineers into entry-level roles at a globally-recognised technology company.

HCL TalentCare has partnered with the National Skill Development Corporation to design skilling solutions that meet the requirements of India Inc. The company will develop a large pool of talent for entry-level roles in the IT services, banking, insurance and health care industries through a paid six-month residential training programme for graduates.

The programme includes industry-recognised certification, internships and financial assistance for students undergoing training. HCL TalentCare has three campuses in Manesar, Hyderabad and Chennai. “Traditionally, we have focussed on the North India market but this time we wanted to be across the length and breadth of India,” said Roshni Nadar.

Tweets by @forbesindia
Mukesh Butani: The key will lie in the implementation of structural reforms
One year on, India Inc still firmly behind Modi