Bangalore-based IT major also appoints Rishad Premji, son of executive chairman Azim Premji, to its board 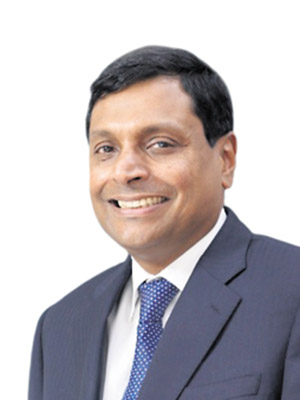 T K Kurien (TK) is the Chief Executive Officer and Member of the Board, Wipro Limited

India’s third-largest IT-services exporter Wipro on Tuesday posted a 1.2 percent sequential decline in dollar revenue, hit by cross currency volatility and sluggish demand in its energy vertical during the quarter stretching from January to March. Analysts were expecting Wipro to report sequential dollar revenue growth in the range of 0.2-0.3 percent for the March quarter.

The Azim Premji-led company, which has been working on turnaround measures over the last few fiscals to get to industry leading growth, announced the appointment of Rishad Premji to its board effective from May 1, 2015. Rishad, son of executive chairman Azim Premji, joined Wipro in 2007 and has since played a key role in the company’s strategy building, and driving its mergers and acquisitions play. Last year, he helped set up Wipro Ventures, a $100 million fund, focussed on investing in technology startups.

“Rishad will continue to run strategy and mergers and acquisitions in addition to his new responsibilities overseeing the technology office, investor and government relations, and Wipro Ventures,” the company said.

For the April-June quarter of the current fiscal, Wipro expects revenue from IT services to be between $1.76 billion and $1.79 billion, projecting a decline of 0.5 percent or up 1 percent sequentially from the March quarter.

“We continue to execute our strategy and have achieved improved customer satisfaction through better articulated solutions and improved delivery. We are well-positioned to take advantage of the opportunities in the market, while tackling headwinds in certain areas. We see Digital, Open Source and Artificial Intelligence as key levers for driving business change and reshaping the delivery model for the future,” said TK Kurien, member of the board and CEO, Wipro.

During the January-March period, Wipro added one more client to its over $100 million bracket, while overall it added 65 new customers during the quarter. “We continue to maintain our focus on operational improvements and productivity enhancements. This has resulted in margin expansion despite adverse cross-currency movements,” said Jatin Dalal, CFO, Wipro.

Wipro’s IT services operating margin expanded by 23 basis points sequentially to 22 percent during the January-March period.

Traditionally, January to March is a lean period for IT companies as client budgets are finalised during the period for the next fiscal and revenues do not accrue for the full quarter.

India’s largest software-services exporter TCS started the IT earnings season last week on a ‘muted’ note, posting a 0.8 percent sequential decline in dollar revenue to $3.9 billion during the January-March quarter hit by cross currency volatility and softness in demand in some of its key verticals such as energy and utilities, telecom and insurance.

Analysts tracking the space projected the slow demand environment to be a dampener for the $146-billion Indian IT industry during the January-March period, already a seasonally soft quarter for the sector. And the appreciation of the dollar against global currencies was likely to impact the topline of IT-services exporters during the March quarter.

Typically, a one percent change in the dollar tends to impact operating income by about 30-35 basis points (bps).

Wipro announced its results after market hours on Tuesday. Shares of Wipro closed at Rs 578.80, up 0.67 percent on the Bombay Stock Exchange on Tuesday. The sensitive index, Sensex, ended the day down 0.75 percent.