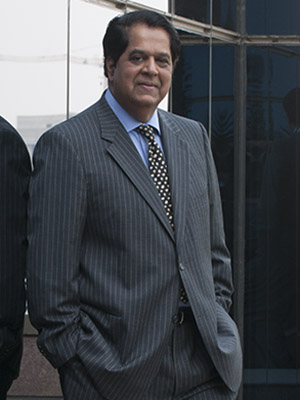 India has appointed ICICI Bank’s non-executive chairman KV Kamath as the chief of the New Development Bank to be set up by the BRICS (Brazil, Russia, India, China and South Africa) group of emerging economies, a government official told news agencies on Monday.

The Shanghai-based New Development Bank (NDB) will be a development institution that aims to finance infrastructure projects and help avert economic crises in the BRICS nations.

The appointment, economists and analysts said, is indicative of the standing that Kamath, a veteran banker, holds in government, local banking and global financial circles.

“Kamath has been appointed as the head of the BRICS bank, the appointment will become effective when he becomes free from his current assignments," Finance secretary Rajiv Mehrishi told reporters in New Delhi.

“It is still early days regarding the role of the New Development Bank. Bi- or tri-lateral trade issues between clients or policy and operation-related issues could get streamlined,” an economist with a foreign-based investment bank told Forbes India, declining to be named. India is in urgent need of more funding for infrastructure development. The geographical positioning of the BRICS countries may, however, impact strategy and pure functioning, the economist said. “If this was an eastern European or Southeast Asian bank, it would have had its obvious advantages,” he added.

In 2014, leaders of the BRICS countries decided to base the bank in Shanghai, with an initial capital of $50 billion [to be later raised to $100 billion]. They had also decided to pick the first chief executive from India.

Another economist with a domestic private bank said: “The new bank could help reinforce the mutual economic interests of the five countries and build development aspirations of these nations.”

Amongst the BRICS economies, India appears to be the best placed currently in terms of growth. It is widely forecast to outpace China and become the fastest-growing Asian nation. Russia’s economy has been under stress in recent quarters, hit by political sanctions (after the Ukraine crisis) and lower oil prices. Growth in Brazil was also under stress but has just started to improve, economists say. The growth momentum in China has clearly slowed and is expected to touch close to 6.9 percent in March 2016, according to the International Monetary Fund.

Most economists expect India’s GDP growth to be in the 7.5-7.8 percent range for the twelve months to March 2016.

“Kamath’s appointment is obviously indicative of his standing in government and banking circles,” a banking analyst with a foreign brokerage said, on condition of anonymity. “But the role of the NDB, and how it sources funding, will have to be seen. It is still early days,” he told Forbes India.

Having started his career with parent firm ICICI in 1971, Kamath’s role in India’s banking circle is now in its fifth decade. ICICI was merged with ICICI Bank in 2002. Kamath had spent many years in Southeast Asia with the Asian Development Bank (ADB) before returning to ICICI as its CEO in 1996. He later assumed the role of non-executive chairman of the bank. ICICI Bank is now the country’s   largest private lender.

Kamath has a degree in mechanical engineering and a post-graduate diploma in management from the Indian Institute of Management, Ahmedabad. Kamath was conferred the Padma Bhushan, India’s third highest civilian award, in 2008.

Tweets by @forbesindia
Narendra Modi: The secret ingredient in every success?
'What are you doing to accelerate growth?' asks P Chidambaram