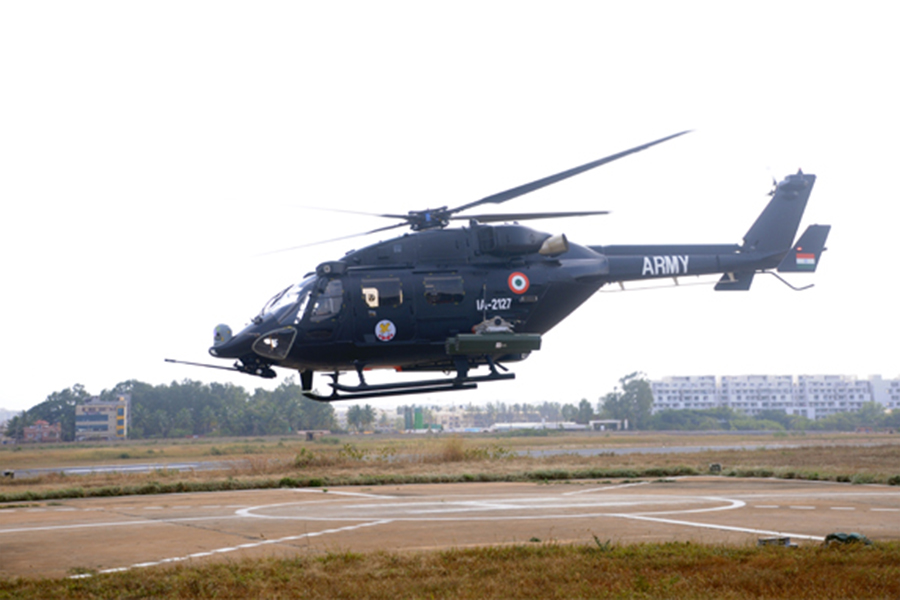 Government-owned defence major Hindustan Aeronautics Limited (HAL) said on Monday that it has signed a contract to manufacturer and supply 41 Advanced Light Helicopters (ALH) to the Indian Army and Navy.

The total contract is worth Rs 6,100 crore or $952 million and would be executed over a period of 60 months. The contract was signed between the Ministry of Defence and HAL in New Delhi, recently.

The Indian Army has placed an order for 40 ALH, while the Navy has placed an additional order for one helicopter. In March this year, HAL had signed a contract to supply 32 ALH to the Indian Navy and Indian Coast Guard, both of whom are looking to boost the country's maritime security capabilities.

“The latest order reflects the trust on HAL’s capabilities and gives an impetus to Make-in-India campaign,” said T Suvarna Raju, chairman and managing director, HAL. “It reposes faith of Indian Defence forces in indigenous ALH which has been serving them with distinction for a long time,” he added.

The indigenously designed and developed Advanced Light Helicopter is a twin engine, multi-role, multi-mission helicopter in the 5.5-ton weight class. Since 2002, HAL has produced over 117 ALH, with the Indian Army alone operating over 96 of them.

According India’s former defence minister Manohar Parrikar, the country requires about 800 to 1,000 helicopters, production for which could be addressed by the domestic market.

In fiscal 2017, HAL reported a profit before tax of Rs 3,294 crore on revenues of Rs 17,406 crore. During the said fiscal, the company paid Rs 800 crore to the government as an interim dividend, which was in addition to a Rs 162 crore divided tax payout.

Tweets by @forbesindia
Our India data centre should come up this year: Google's Mohit Pande
Who you need for your digital journey