This year's list features 11 companies from India, up from eight last year, in a sign of economic green shoots 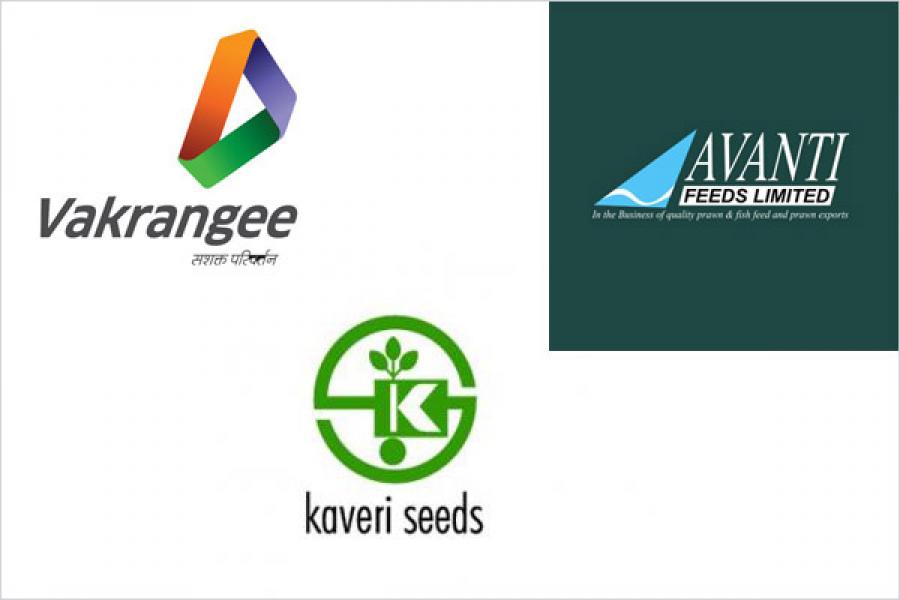 Forbes Asia’s Best Under a Billion list for 2015 features 11 Indian companies, up from an all-time low of eight last year, indicating green shoots have begun to emerge in a withered Indian economy. India, along with Malaysia, ranks fourth on the list behind China & Hong Kong (84 companies), Taiwan (36 companies) and South Korea (17 companies).

The list comprises 200 of the best performing firms from the Asia-Pacific region with a sales turnover between $5 million and $1 billion. The Best Under a Billion list is compiled on the basis of sales growth and earnings growth in the past 12 months and over three years, and for the strongest five-year return on equity. The companies must have a positive net income and must have been publicly traded for at least a year.

There are 123 new entrants in the list. Sector wise, information technology is the largest contributor to the list with 58 companies. However, in India, it is the household and personal products sector, with three entries, that has put the most number of Indian companies on the list. These include Kochi-based Kitex Garments and Mumbai-based Orbit Exports and Premco Global.

Shanghai RAAS Blood Products is the highest valued company on the list with a market capitalisation of $14.2 billion and sales of $214 million. Among Indian firms, hybrid seeds maker Kaveri Seeds has the highest market cap, at $921 million. 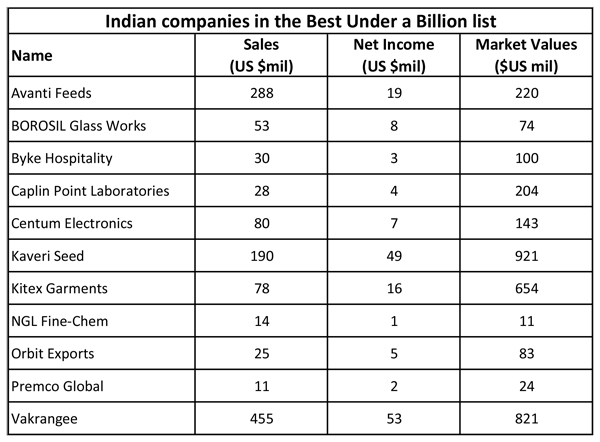 Mumbai-based Vakrangee, the only software and services entrant from India is valued at $821 million, with $455 million in sales. The company specialises in providing e-governance related services.

Another notable Indian company on the list is Hyderabad-based Avanti Feeds, which manufactures and exports prawn and fish feeds. Avanti Feeds is valued at $220 million on sales of $288 million.

It must be noted, however, that despite an increase in the number of Indian companies featured this year, 11 is the country’s second lowest tally on the Best Under a Billion list since its inception in 2005.