According to analysts, nearly 50 percent of jewellery sales in India are through cash transactions 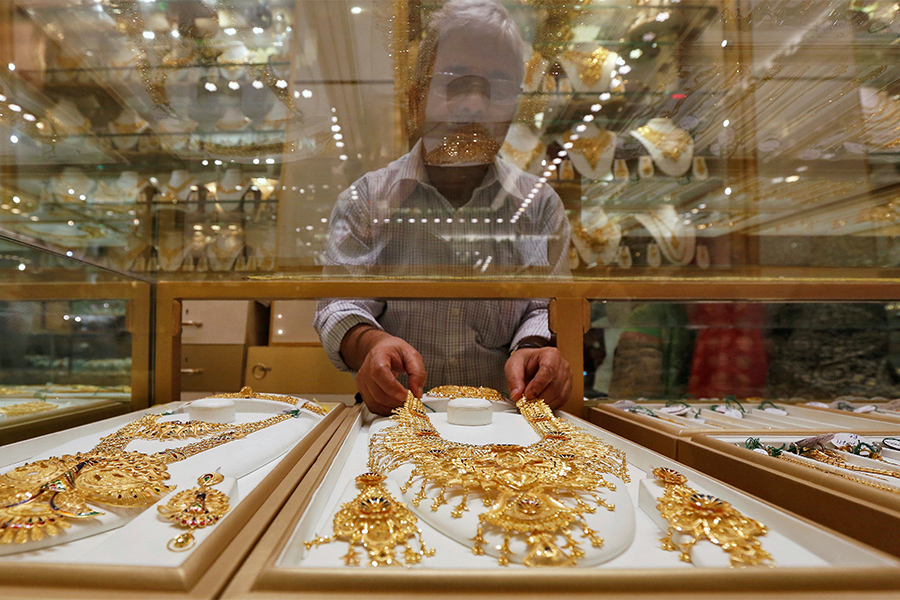 India’s gems and jewellery industry, which contributes to about 7 percent of the country’s GDP, will face a short-term impact on sales following the decision by the Union government to do away with the existing Rs 500 and Rs 1,000 currency notes. These developments come in the backdrop of the ongoing wedding season, when jewellery sales reach its peak.

According to trade analysts and jewellers nearly 50 percent of jewellery sales in the country are through cash transactions. Hence, jewellers expect buyers to remain cautious and hold back their purchases, until the Reserve Bank Of India issues the new Rs 500 and Rs 2,000 currency notes.

“Stores are just opening and there is no indication yet [of a slowdown]. However, over the next couple of days, we anticipate that buyers are going to shy away from making any purchases,” says jeweller Ashok Minawalla, who is also a member of the All India Gems and Jewellery Trade Federation.

Adds Rajesh Mehta, founder and executive chairman of gold exporter and retailer Rajesh Exports, “There will be volatility until the new currency notes come in to circulation.” Mehta anticipates a 4 percent decline in retail jewellery sales over the next 30 days.

Jewellers though are quick to clarify that not all cash transactions in the jewellery business are done with unaccounted for money. C Vinod Hayagriv, managing director of Bengaluru-based heritage jeweller C Krishniah Chetty & Sons explains that nearly 85 percent of the overall cash tractions in the jewellery sector are made with “bonafide" cash. “Only 15 percent of the overall cash tractions are made through unaccounted for cash [black money]. And this what the government is cracking down on,” adds Hayagriv, who is also the chairman of the legal committee of the All India Gems & Jewellery Trade Federation (GJF). Hayagriv estimates that over the next six months, jewellers could see 15 percent decline in sales on account of black money cash tractions coming under the government scanner.