LafargeHolcim to sell Lafarge India assets to Nirma for $1.4 bn 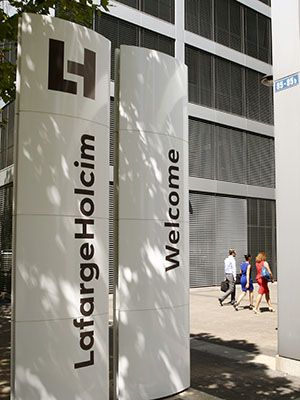 Image: Arnd Wiegmann / Reuters
LafargeHolcim will continue to operate in India through its subsidiaries ACC and Ambuja Cements

LafargeHolcim has agreed to sell its stake in Lafarge India to Nirma Ltd for an entrerprise value of approximately $1.4 billion, the world’s largest cement producer said in a statement on Monday.

The move is a part of LafargeHolcim’s wider divestment plan, according to the company’s CEO, Eric Olsen. “This agreement is an important step in our CHF 3.5 billion divestment program. With this deal, two thirds of the program has been secured and the remainder of the program is well on track,” he said.

The company aims to achieve its target by the end of this year. Previously, it has sold off its business in South Korea and signed an agreement to divest its minority shareholding in Saudi Arabia.

LafargeHolcim will continue to operate in India through its subsidiaries ACC and Ambuja Cements with a combined cement capacity of more than 60 million tonnes and a distribution network that extends across the entire country. CNBC-TV18 News on Twitter The company came into existence last July, after Swiss cement maker Holcim merged with the French industrial group Lafarge. The announcement, however, had raised many regulatory issues from competition watchdogs across the world, including the Competition Commission of India (CCI).  The merger, if allowed, would have created a dominant player in eastern India. Holcim's ACC and Gujarat Ambuja had 10.7 million tonne capacity while Lafarge had 7.8 million. The combined capacity of the two companies would have resulted in 18.5 million tonne which is almost 40 percent of the region's 46 million tonne capacity.

Accordingly, the cement giant submitted a proposal to the CCI in April 2015, which included the divestment of its Jojobera and Sonadih plants, with a cement capacity of 5.1 million tonnes. In August 2015, LafargeHolcim entered into an agreement to sell its eastern India assets to Birla Corporation Ltd for Rs 5,000 crore. However, the deal was called off due to regulatory issues relating to the transfer of mining rights captive and critical to the two plants.

As an alternate remedy to the CCI to ensure compliance with the order, LafargeHolcim launched a new divestment process for Lafarge India.

The transaction with Nirma Limited as a purchaser is yet to be submitted to the CCI for approval.

Tweets by @forbes_india
Getting hitched? Tell your guests what gifts you want with Wedding Wishlist
Everyone in IBM understands their part in a cognitive future: Harriet Green