The Mission Paani campaign aims to take steps towards solving India's urgent water crisis by urging the efficient use of the resource, and Bachchan is the brand ambassador 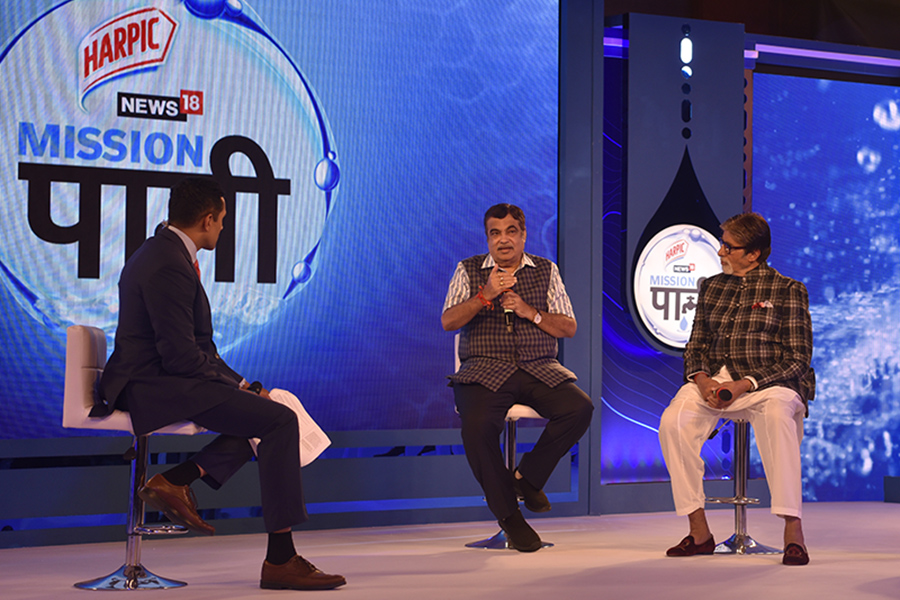 On Tuesday, Network18 launched News18 Mission Paani, a nation-wide water conservation campaign, in association with Reckitt Benckiser’s Harpic, and campaign ambassador Amitabh Bachchan. Forbes India is published by Network18. A recent NITI Aayog report says that 40 percent of India’s population will have no access to drinking water by 2030. In Chennai, three rivers, five wetlands, six forests and four water bodies have already dried despite having better water resources and rains than any other metro cities, as per the report. As water conservation becomes a national crisis, Mission Paani will aim to change habits in India to save and conserve water, by creating awareness on how to bring about that change. Bachchan called the campaign ‘historic, and spoke of the importance of creating awareness among children to inculcate a new culture and a new style of thinking, which will help steel them for the future. "While some of us have been fortunate enough to have water to fulfil our needs, there are close to 600 million people in our country who face water scarcity every day,” the veteran actor added. “Keeping that in mind, I believe it is our duty to preserve water for these people as well as for our future generations. It is the small changes that will lead to a national transformation.” Also speaking at the launch event of Harpic-News18 Mission Paani, Union Minister Nitin Gadkari said, “The government is taking various measures to conserve water. For instance, having a desalination plant to generate power is an economical solution; we have also converted buses and trucks into bio-CNG and will be doing more in the coming months.” Maharashtra Chief Minister Devendra Fadnavis and UP Chief Minister Yogi Adityanath also joined the event via video conference. The campaign launch in India will be followed by an international launch on August 29 at the Stockholm World Water Summit, by Union Minister of Jal Shakti, Gajendra Singh Shekhawat. As it grows in momentum, the #MissionPaani campaign will aim to reach out to different stakeholders across the country. To know more about the Mission Paani campaign, click here.

Tweets by @forbes_india
How scale changes a manager's responsibilities
National Sports Day: Where does India stand on the global sporting stage?