Bala Devi, who hails from Manipur, is the Indian national football team's forward and has netted 52 goals from 58 appearances since 2010 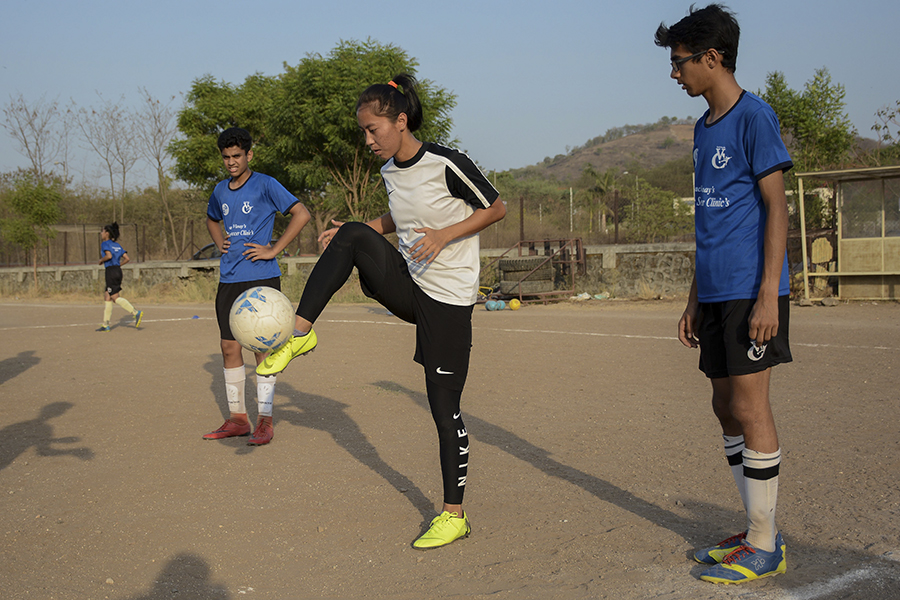 The joy in her voice is palpable as Ngangom Bala Devi, 29, becomes the first Asian footballer to be signed by Rangers FC, one of the top football clubs in the Scottish League. For starters, Bala Devi has signed an 18-month contract, which allows her to be available for two seasons.

“I always wanted to play there. I am excited about this journey because I have managed to create history for Indian woman’s football, and hopefully, it will inspire other women footballers and open the road for everyone,” Bala Devi told Forbes India on a phone call from Bengaluru, from where she will leave for Glasgow over the next few days. Bala Devi will be playing with her Number 10 jersey, which she used in India too.

The journey to Rangers FC started for her a few months ago, when in November 2019, she visited the Rangers facility in Glasgow for six days and managed to impress the technical staff.

In 2019, Bengaluru FC, backed by the JSW Group, had partnered with Rangers FC on a noncommercial partnership. Through this, both clubs would help each other develop talent, from soccer schools to youth soccer to women’s football. Although Bangalore FC does not have a women’s team, it wanted to step in and coordinated with Rangers FC for Bala Devi’s trial.

“We did extensive due diligence, and having followed football for more than 12 years, we believe she will be the right person to propose for the trials,” says Mandar Tamhane, chief executive officer at Bengaluru FC.

However, impressing the coach and technical staff wasn’t enough. The UK has stringent rules regarding work permits for footballers, and qualification criteria includes the home country’s FIFA standing.

“The Rangers FC made a case. Right from the AIFF, the head coach of the women’s national team to India’s ace footballers Bhaichung Bhutia and Sunil Chhetri, everyone banded together to presented her case to the panel,” says Tamhane. “Finally, we have the work permit. This move will help grow the sport in India.”

Bala Devi, who hails from Manipur, began playing football with her brothers and father. “My father used to play football, and he taught me how to shoot, turn and other nuances of the game,” says Bala Devi. “He told me, if necessary, sleep with the football.”

In 2002, Bala Devi had represented her national team for the Under-17 senior and Under-19 squads. She was named the All India Football Federation (AIFF) Women’s Player of the Year twice—in 2015 and 2016—and has been the top-scorer in the Indian Women’s League for the past two seasons.

“As a child I used to watch Ronaldinho and Ronaldo, who scored so many goals during the World Cup. They inspired me,” Bala Devi says.

Currently, she is preparing for her new journey. “They have different body structures and fitness levels, but I am sure I will give my best to do well,” she says.