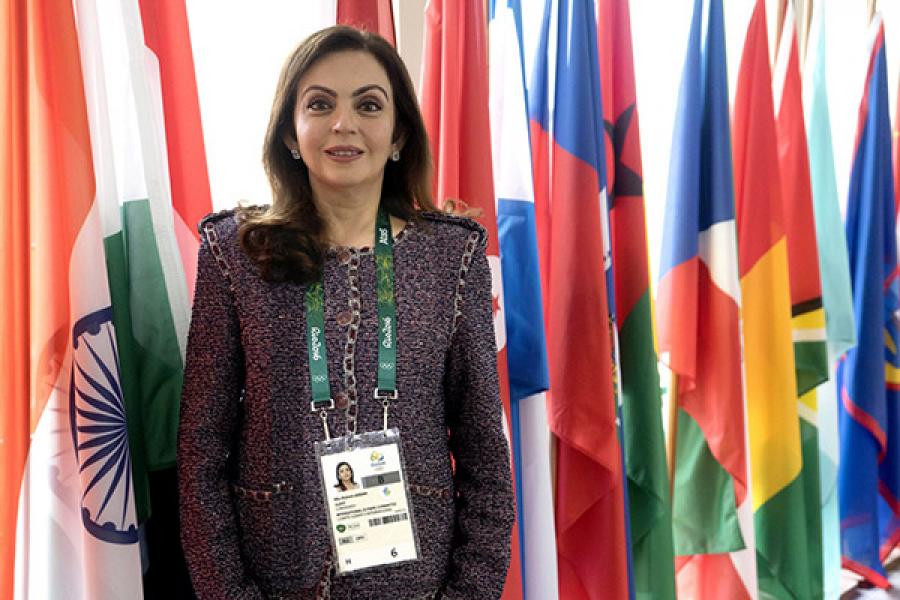 Nita Ambani is the chairman of Reliance Foundation

Indian philanthropist and business leader Nita Ambani has been elected as an individual member of the International Olympic Committee (IOC), the Switzerland-based organisation announced on Thursday. She is the first Indian woman to become an IOC member.

Nita Ambani, the 52-year-old director of Reliance Industries, is also the chairman of Reliance Foundation, the oil-to-yarn and retail conglomerate’s philanthropic arm.

After being nominated in June 2016 by the IOC Executive Board, Ambani was elected by IOC members in Rio de Janeiro at the 129th IOC Session. The independent selection process follows a new procedure for the recruitment of IOC members based on the Olympic Agenda 2020 recommendations; those nominated are done so wholly on merit and then elected by existing IOC members, Reliance Foundation said in a media release.

Nita, RIL chairman Mukesh Ambani’s wife, has been involved in various initiatives of the $-57 billion business conglomerate. This includes its sports business, as owners of the cricket team, Mumbai Indians, a part of the Indian Premier League; as well as a joint venture with sports management firm IMG. She is also the architect of the Indian Super League, the men's professional football league in India.

Speaking about her announcement, Nita Ambani said, “I am truly humbled and overwhelmed to be elected by the IOC. This is a recognition of the growing importance of India in the world stage and a recognition for Indian women. I have always believed in the power of sport to shape our youth. I believe that sports brings together communities, cultures, and generations has the power to unify and unite people. I look forward to spreading the spirit of Olympics and sports across our nation.”

Nita Ambani was among the eight Indian leaders who featured in Asia’s 50 Power Businesswomen 2016 list, released by Forbes earlier this year. A trained Indian classical dancer, she also looks after the Dhirubhai Ambani International School, the HN Reliance Foundation Hospital and played a key role in designing the residential part of the RIL township at Jamnagar in Gujarat.

Nita Ambani is entitled to remain a member of the IOC till the age of 70.

(Reliance Industries Ltd is the owner of Network 18, publisher of Forbes India)