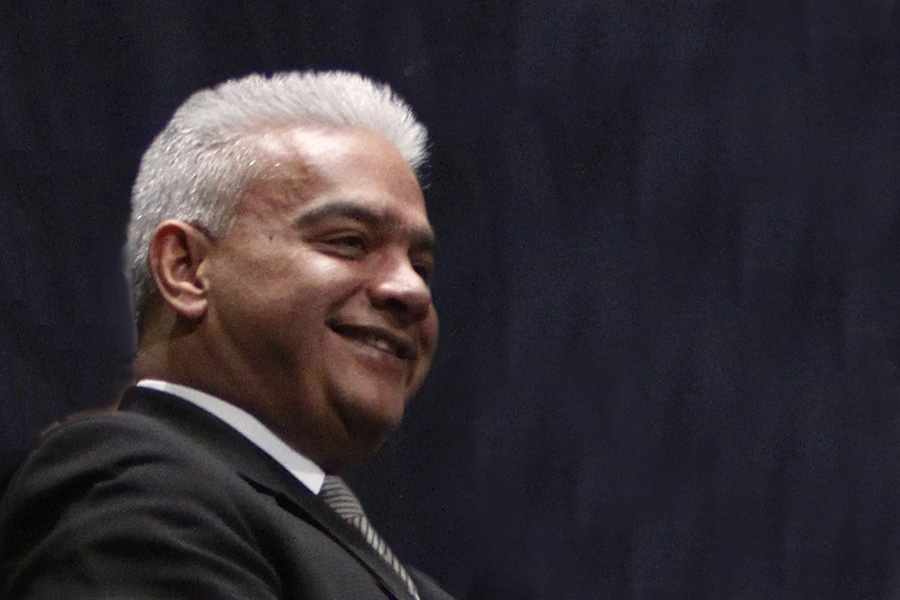 Traces of its former chairman Cyrus Mistry’s legacy are fading slowly but surely from the $103 billion Tata group, with many senior executives and directors either handpicked by him, or sympathetic towards him, exiting the conglomerate.

In the latest development, which was imminent since Mistry resigned as IHCL chairman in December, the company announced on Friday that its managing director and chief executive officer, Rakesh Sarna had decided to move on from the hospitality chain that owns and operates the Taj group of hotels.

Sarna is the latest executive to evince his desire to transition out of the salt-to-software conglomerate. Earlier this month, Tata Sons, the flagship holding firm of the business group, announced that its current group general counsel Bharat Vasani – who had empathised with many of the concerns Mistry had voiced with respect to the way the business house functioned - had expressed his desire to move on to a consulting role. Consequently, well-known corporate lawyer Shuva Mandal was roped in from Shardul Amarchand and Co. to become the conglomerate’s group general counsel.

Before Vasani, senior independent directors of Tata group firms, including Darius Pandole and Analjit Singh at Tata Global Beverages; and Keki Dadiseth and Shapoor Mistry (Cyrus Mistry’s brother) at IHCL have resigned from their respective positions over the last six months. All these individuals had either directly or indirectly supported Mistry, in his fight against other Tata Sons directors, the Tata Trusts and the Trusts’ chairman and his predecessor Ratan Tata. Dadiseth and Munjee have also quit as trustees of the Tata Trusts, a clutch of charitable bodies that collectively own 66 percent in Tata Sons.

Mistry’s close aides and members of the Group Executive Council that he had constituted to advise him on strategic matter, such as Madhu Kannan and Nirmalya Kumar were shown the door long back, immediately after Mistry’s departure.

Indeed, the bad blood that characterized the corporate battle between the Mistry and Tata camps had made the positions of many independent directors and executives like Sarna untenable after Mistry’s exit.

Sarna’s tenure at IHCL, while successful professionally, was marred by an allegation of sexual harassment against him. An independent panel constituted to probe the charges against the former IHCL boss subsequently cleared him of the charges in March this year.

Reportedly, it was the handling of the alleged sexual harassment case, as well as Mistry’s blessings on Sarna’s strategy to divest assets that proved to be some of the several thorny issues in the former Tata Sons chairman’s relationship with Tata Sons and its owners.

In a brief statement issued after an IHCL board meeting on Friday, N Chandrasekaran, chairman of IHCL and Tata Sons, said: “Mr. Sarna has chosen to resign upon completion of his three year tenure as the managing director and CEO of the company. The Board respects his decision and had requested him to continue till September 30, 2017, which he has kindly agreed to. The Board appreciates his contribution to the company in its transformation to operational excellence.” Indeed, Sarna, who was Group President – Americas at Hyatt Hotel Corp before joining IHCL, has had a major role to play in implementing a turnaround strategy at the loss -making company, of which he took over the reins in 2014, when he was handpicked by Mistry to succeed the company’s long-standing chief executive Raymond Bickson at the job.

On a standalone basis, IHCL’s turnover stood at Rs2,391 crore in FY17 and the company reported a net profit Rs142 crore. In comparison, IHCL reported revenues of Rs1,930 crore in FY14 and a whopping loss of Rs590.50 crore. On a consolidated level, IHCL remains a loss-making company in FY17 as well, though losses have substantially narrowed over FY14.

Sarna’s strategy to achieve operational improvement was characterized by an endeavour to rationalize the hospitality chain’s portfolio and veer more towards running hotels under management contracts, rather than owning the properties themselves. Under Sarna’s leadership, the company unveiled a new brand marketing campaign christened: ‘Tajness’ that sought to reinforce the hotel chain’s luxury quotient, rooted in India’s culture and heritage. In February, IHCL announced that it would be phasing out the Vivanta and Gateway brands by upgrading properties under these brands and shifting them to the Taj brand.

The IHCL CEO’s exit comes at a very crucial juncture for IHCL, especially when its turnaround is still work in progress; and when it is battling to retain control of one of its iconic luxury property, the Taj Mahal hotel, situated on Delhi’s Mansingh Road, which is a major contributor to the company’s bottomline. After much back and forth, including a court case, on the issue, the New Delhi Municipal Corporation (which owns the land on which the hotel stands) has decided to auction the property that was run by IHCL on a long-term lease. While IHCL is expected to participate in the auction to retain its turf, it will face intense competition from international hospitality brands.

IHCL’s statement issued on Friday was silent on Sarna’s successor, but the company will be eager to find a suitable replacement soon, given the strategic imperatives before the company that need to be implemented in the future.