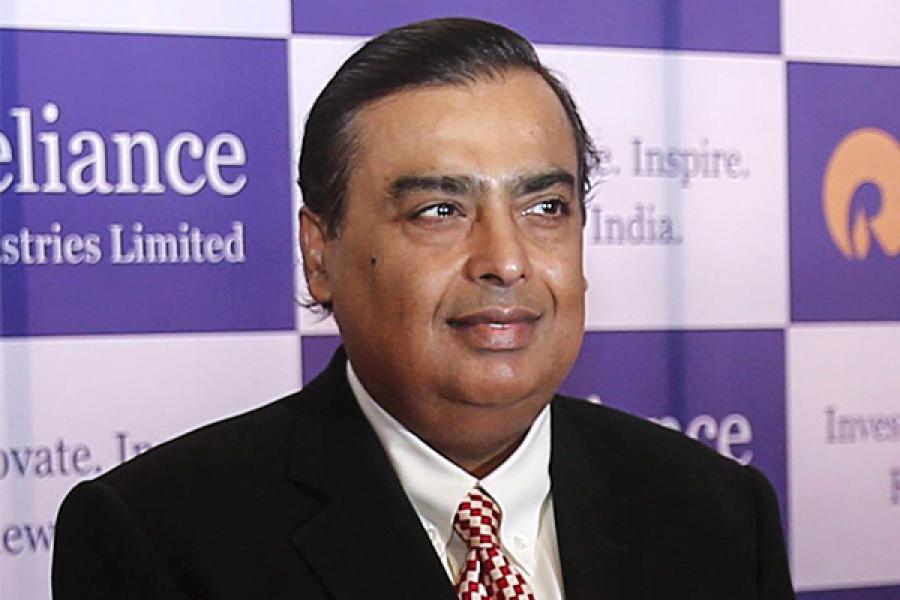 The increase in profitability for the oil-to-yarn and retail conglomerate was despite a 23.9 percent decline in consolidated turnover to Rs 73,341 crore in the quarter. RIL benefited from its cost of raw material declining at a faster rate than its turnover, owing to weakening crude prices. Raw material costs for the Mukesh Ambani-led company declined 39.5 percent to Rs 37,638 crore.

Since RIL is present across the hydrocarbon value chain, producing everything from upstream oil and gas to downstream products such as refined petrol and diesel and petrochemicals, lower crude prices are the primary reason for both its turnover declining as well as expenses coming down.

In the December-ended quarter, benchmark Brent crude prices fell by as much as 42.7 percent. Internationally, Brent crude this week slid to a near 13-year-low of $28 a barrel, after Iran had announced a return to the global oil market and increased production levels.

“The benefits of low crude oil and energy prices for our downstream businesses clearly outweigh the impact of these factors on our upstream segment, reflecting in the record earnings for the quarter,” RIL chairman and managing director Mukesh Ambani said in a statement on Tuesday.

While turnover from RIL’s refining business declined 29.8 percent year-on-year to Rs 57,385 crore, earnings before interest and tax (EBIT) from the segment jumped 98.7 percent to Rs 6,491 crore in the October-December period.

Turnover from the refining vertical fell due to the fall in prices of refined petroleum products, which are linked to the price of crude. At the same time, strong demand for petroleum products across the globe led to better profit margins for RIL that aided the bottomline of the business.

RIL reported a gross refining margin (GRM)—the difference between the value of petroleum products sold and the cost of processing crude—of $11.5 per barrel (a seven-year-high) in the December quarter, around 57 percent higher than the year earlier.

Similarly, RIL’s petrochemicals business reported a 15.7 percent year-on-year decline in turnover to Rs 19,398 crore in the third quarter of fiscal 2016. But segment EBIT  from the business grew by 27.9 percent in the same period to Rs 2,639 crore.

RIL’s oil and gas exploration and production business continued to underperform with revenues from the segment declining by 37.9 percent year-on-year in the October-December period to Rs 1,765 crore. Reliance Industries said the decline was led by lower upstream production in domestic blocks coupled with declining crude oil prices. EBIT in the segment declined sharply by 89 percent year-on-year in this period, to Rs 90 crore. The company’s shale gas business in the US also performed poorly during the quarter with a decline in turnover.

RIL’s retail business continued its growth momentum in the December-ended quarter, as turnover rose by 28.9 percent year-on-year to cross the Rs 6,000 crore mark for the first time at Rs 6,042 crore, its highest-ever turnover. Operating profit from the business grew by 10.5 percent in the same period to Rs 147 crore.

The company said it was still expanding its retail operations and now operates more than 3,000 stores in 371 cities across the country.