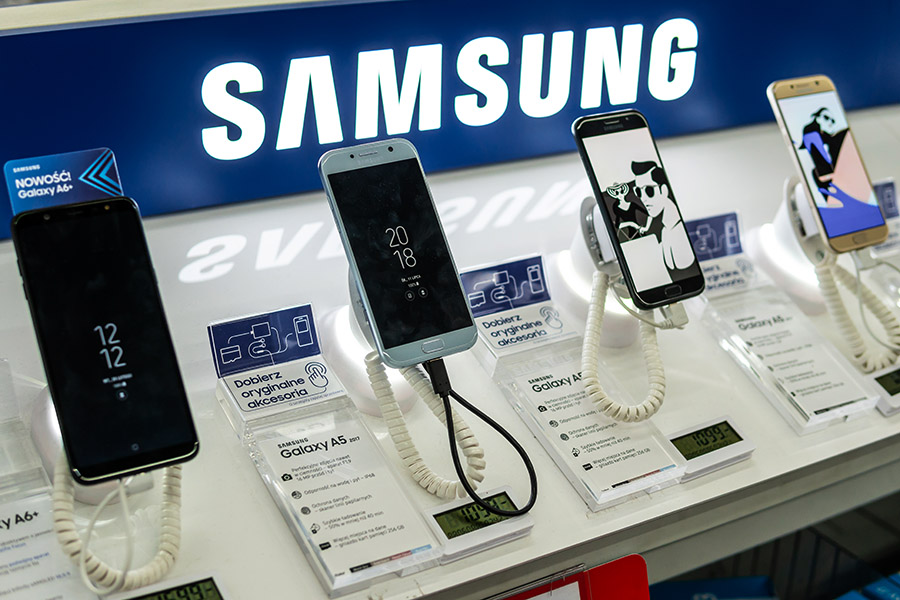 Image: Shutterstock
Samsung regained its place as the leading smartphone player in India, overtaking Xiaomi by one percent in April-June quarter, according to Counterpoint Research. While the South Korean major cornered 29 percent of the Indian market, Xiaomi followed closely at 28 percent. Vivo was a distant third with 12 percent and Oppo came fourth with a 10 percent market share.

The top five brands grabbed a record 82 percent market share in the quarter. “Samsung has regained the leading position back after receding it to Xiaomi two quarters ago,” Karn Chauhan, Research Analyst at Counterpoint, said. The success of Samsung, Chauhan points out, can be attributed to the refreshed J series. 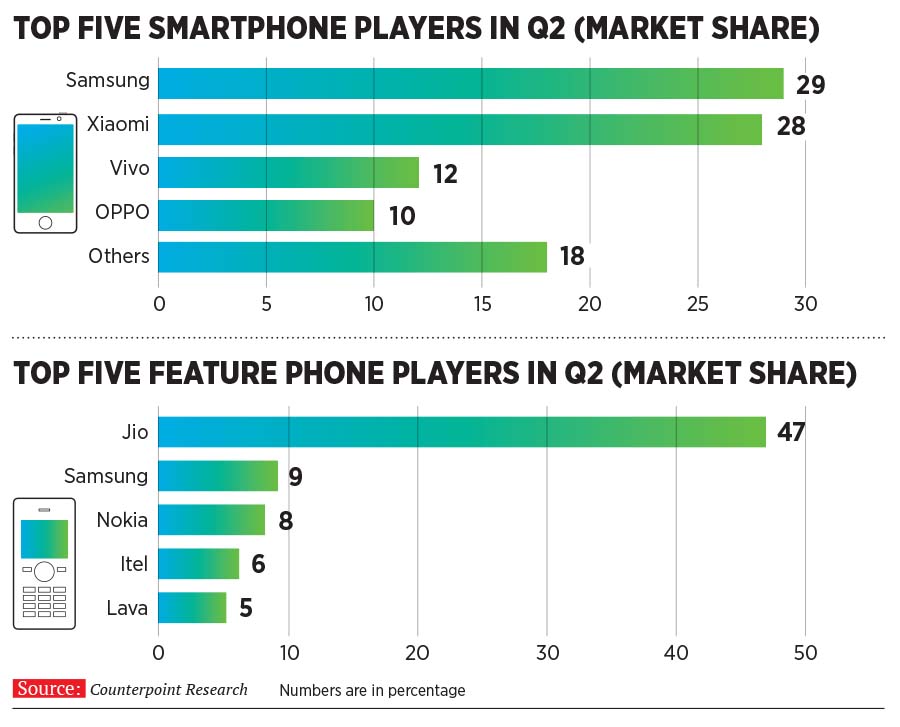 Samsung launched the most number of models compared to any brand across multiple price points during the quarter. It brought some of the most popular and sought after features like dual camera, infinity display, and facial unlock across different price segments for the first time. “Additionally, the strong offline distribution and aggressive marketing campaign around its J series also helped the brand gain not only market share but also mind share during the quarter,” he added.

In spite of yielding ground to Samsung, Xiaomi recorded its highest-ever shipments in India during the second quarter of this year. The growth, the market research agency said, can be attributed to its strong product and supply chain strategy which has allowed it to launch products with a longer shelf life than its competitors and that too in the important sub Rs 10,000 (<$150) segment. Recently, its share in the offline segment has increased as it pivots to a multi-channel strategy in India.

On a larger front, the Indian smartphone market returned to double digit growth of 18 percent after a flat first quarter growth. The feature phone market, at the same time, continues to outpace the smartphone market with a year on year growth of 21 percent. OnePlus, Honor and Xiaomi were the fastest growing smartphone brands annually.

Tweets by @forbes_india
Are you addicted to power?
Apple hits lowest-ever quarterly market share in India