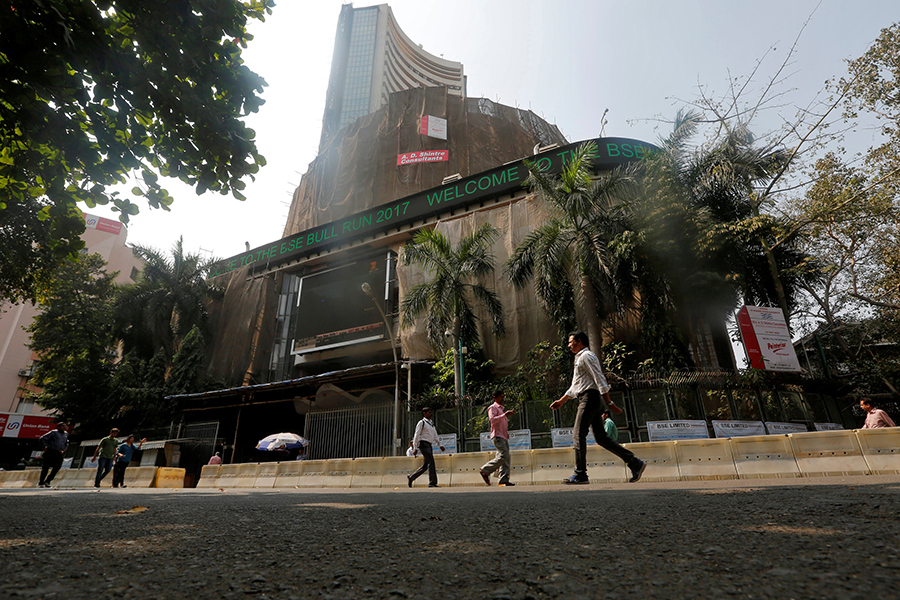 The euphoria just does not seem to end, at least that is the mood at the stock markets. The country’s two main stock market indices, the benchmark 30-share Sensex index and the Nifty 50 index, closed at record highs on Friday. And the good news, or the scary bit, depending on which side of investing philosophy you go with, is that there is still more flight for this albatross.

The ruling Narendra Modi-led Bharatiya Janata Party (BJP)’s smart victory in the 2017 Uttar Pradesh assembly elections has raised the probability that it could come back to rule at the centre for the second term. Improving macroeconomic factors and rising foreign direct investment into India in recent years have only fueled the recent rally.

Add to this the fact that other forms of investing such as property and gold have not provided adequate returns, have only made equities look more attractive.

According to data from the Department of Industrial Policy and Promotion, which forms part of the Ministry of Commerce and Industry, foreign direct investment into India has risen from a provisional $45,148 million in FY2015 to $ 55,559 in FY16 and $ 60, 082 in FY17.

What is making equity research outfits and fund managers more bullish about India’s stock markets is that a range of factors – low levels of inflation, fiscal deficit under control, commodity prices stabilizing, a slight pickup in demand for select metals and most provisioning of bad loans by banks already done – point towards improving investor sentiment and a slight normalizing of earnings growth in quarters ahead.

“Valuations are not cheap, but they are not stretched,” says Gaurav Dua, head of research at Sharekhan by BNP Paribas. He pointed out to factors such as political stability, improving FDI inflows and the scope for corporate earnings to improve as factors which are emerging positive for India’s stock markets.

Sharekhan has, in a note to clients, said that midcaps are trading at much rich valuation, and the risk-reward has turned unfavourable. “It might be a good idea to increase the exposure to the large-cap stocks…” the report says, but they are confident that India’s markets are in the middle of a multi-year rally.

A detailed equity research report from Morgan Stanley India, authored by its equity strategist Ridham Desai, said that “earnings revisions will likely turn positive in the coming six months after six years in negative territory. Valuations are not yet stretched against history, other markets and bonds. Rising demand for equities from domestic households and potential M&A activity could take multiples higher in coming months.”

He adds in the report that based on their December 2017 target, the BSE Sensex would trade at 16x one-year forward earnings, similar to its historical average. The bull-case multiple would be 17x our bull-case earnings and about 19x our base-case earnings.

“The clean-up in the banking sector is taking place, the business environment is also poised for more growth, Deven Choksey, managing director of KR Choksey Investment Managers said, adding that he expects India to see an earnings growth of an average 15-20 percent over the next three years. “Opportunities for investments, backed solely by strong fundamentals, remain strong.”

The surge in the markets has spelt good news for Asia’s oldest stock exchange, the BSE. The exchange, which is India’s first and only listed stock exchange, saw its consolidated revenues rising 19 percent for the year ended March 31, 2017 to Rs 800.75 crore, from Rs 670 crore in the previous fiscal year. In FY17, the exchange's full year net profit rose by 66 percent at Rs 265.09 crore.

The income growth was mainly due to an increase in income from securities services, which were up by 39 percent to Rs 335.70 crore.

There is no clear consensus emerging of where this current rally could end or if the worst has all been factored in. Most experts say it could be a geo-political factor, either linked to the Donald Trump government in the US that will affect revenues of IT companies or the drying up of global liquidity, which could impact global and emerging markets. What investors need to keep in mind is that there could be some more pain for midcap and small cap stocks whose valuations appear stretched.

Tweets by @forbesindia
Ten interesting things that we read this week
We turned headphones into a lifestyle accessory: Sennheiser CEO