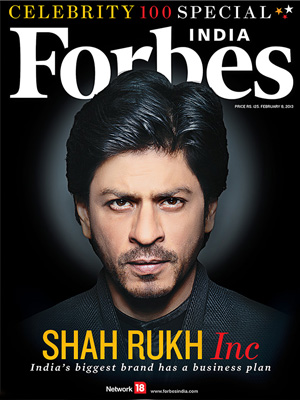 Shah Rukh Khan has topped the inaugural Forbes India Celebrity 100 list, a ranking of India’s biggest entertainers based on their income and popularity. Salman Khan and MS Dhoni closely followed SRK in the ranking.

Both Salman Khan and Dhoni are ahead of SRK in terms of popularity and fame, but King Khan came out tops courtesy his earning power, mainly riding on massive income from brand endorsements.

The list is an attempt to rank the most powerful people at the core of the country’s burgeoning media and entertainment sector. It was arrived at after a rigorous data collection process that considered celebrities’ income (from the business of entertainment) and fame (as measured by media mentions, online presence and social media followers) in a definite time period (October 1, 2011 to September 30, 2012). 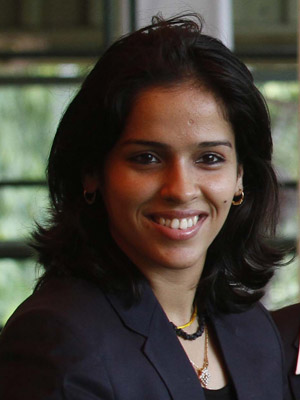 MS Dhoni, captain of the Indian national cricket team, is the top sportsperson. AR Rahman leads the pack of singer/musicians and is the only representative of the category in the top 20. Malaika Arora Khan is the leading TV personality while Karan Johar is the most powerful director. Author Chetan Bhagat, comedian Vir Das and model Esha Gupta topped their respective categories.

A majority of celebrities who made it to the list fall in the age bracket of 30 to 50. However, 12 youngsters, including Saina Nehwal, Virat Kohli, Anusukha Sharma and Sania Mirza have broken into the top 50. At age 23, Saina Nehwal is the youngest celebrity on the list.

The Forbes India Celebrity 100 special edition has features, essays, interviews and interesting data on the various facets of India’s most powerful entertainment icons. It contains extensive and insightful reports on the lives, thought processes and businesses of some these stars. The cover story brings to you the business vision and entrepreneurial side of the Badshah of Bollywood—something that you won’t read about often.

The edition hits stands on January 26. Go grab your copy!

Show More
Get the latest stories, videos, and podcasts from Forbes India directly in your inbox every Saturday
Thank you for your comment, we value your opinion and the time you took to write to us!
Comments 55