Most of the 25,000 new products headed for the U.S. market each year fail. The waste of talent, opportunity, time, and money these failures represent is astonishing. Now, Professor Praveen Kopalle and his colleagues believe they have discovered techniques to reduce that waste and even save good products from being thrown out with the bad.

“We have identified a particular type of consumer whose judgments, unlike those of so-called typical consumers, can influence and predict new-product acceptance,” says Kopalle. “These ‘emergent consumers’ can actually help create more appealing and useful products and increase the chances of their success.” 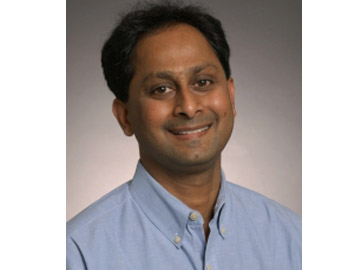 Praveen Kopalle- Professor of Marketing at Tuck School of Business, Dartmouth
New product developers continually test their concepts and prototypes against people whom they consider typical of the ultimate consumer base. Unfortunately, studies have shown that, as a group, these typical consumers have difficulty estimating the usefulness of innovations. And marketers tend to abandon new products when consumers exhibit uncertainty.

Kopalle and his colleagues have discovered that emergent consumers share an uncommon set of personality traits and are defined by their unique way of thinking. In the jargon of psychologists, they are people who are able to have a vision and a foresight with respect to new product and service ideas and who can process information synergistically in both experiential and rational thinking styles.

An experiential thinking style is intuitive, associative, affective, emotional, holistic, and capable of discovery and self-learning. Rational thinking is goal-directed, analytical, logical, causal, intentional, and systematic. “It’s tempting to characterize these two thinking styles as polar opposites and representative of two distinctly different personality types,” says Kopalle. “But it turns out that different ways of thinking can live together happily in the same brain.” Additionally, it appears that when they work together in a complementary manner, different ways of thinking can create synergistic results.

Kopalle believes emergent consumers unconsciously use their experiential thinking skills to visualize the latent uses of a new product through a series of small-scale, associative perceptions that happen before cognitive thought. Following this, rational thinking cuts in, and emergent thinkers conduct a conscious, logical, and analytic evaluation of the concept.

“But it turns out that different ways of thinking can live together happily in the same brain.”

The challenge for product developers is to identify these consumers and to develop a way to coordinate the observations of several emergent consumers on a specific product. Kopalle and his colleagues focused on these tasks.

Their test bed was a web-based study involving more than 1,000 adults randomly selected from an online panel. Respondents first answered questions designed to gauge their dispositions, attitudes, and personalities. To indentify the emergent consumers, researchers used established personality dimensions easily discerned by standardized survey questions. Based on their responses, participants were classified into four mutually exclusive groups, including “High Emerge,” the group expected to do well on product development tasks.

The second part of the study involved an actual new product, one that had been previously abandoned after a small trial with typical consumers determined the market for it was too small. Each of the four groups were asked to use an online bulletin board to further develop the product concept and make it as appealing as possible to the average consumer. Participants were encouraged to build on—and question—others’ ideas. “This not only tested a specific method for extracting key product feedback from multiple consumers,” says Kopalle, “but it allows them to affect product design collaboratively and simultaneously in a way that goes far beyond surveys.”

At the end of the development period, participants in all groups evaluated the final six concepts on 15 attributes. Kopalle and his colleagues discovered that the concept developed by the High Emerge group was rated significantly higher than the other five.

Based on their findings, the researchers are confident that the concept of an emergent consumer is valid. “We have developed a highly reliable scale to identify them,” says Kopalle, “and their insight into new product development will prove to be more valuable and useable than that of typical consumers.”

Tweets by @forbes_india
Toys For Tech Conoisseurs
Letter From The Editor: Slow down, you move too fast