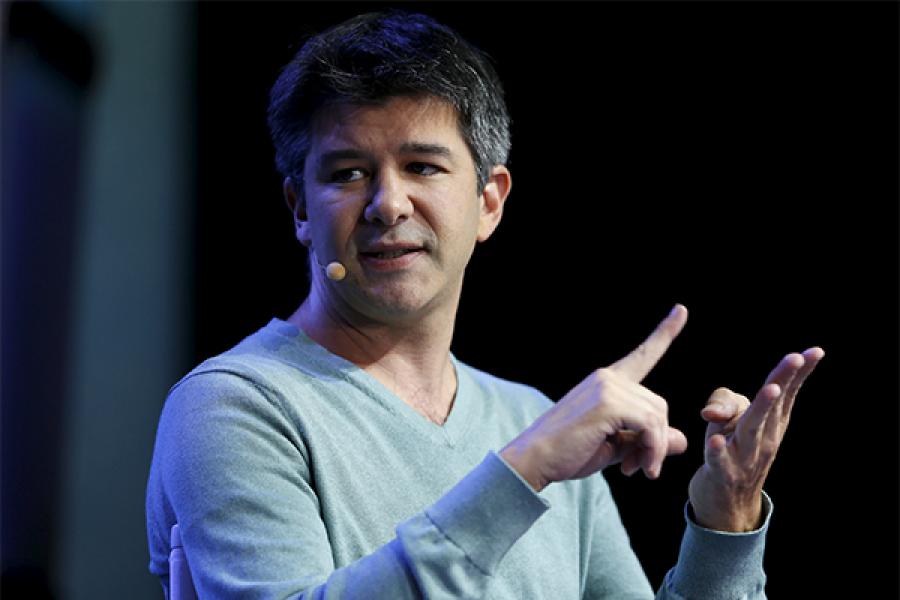 Image: Mike Blake / Reuters
Uber plans to host six leadership talks the first of which, will be given by Uber’s co-founder and CEO Travis Kalanick when the Startup India policy will be unveiled in the national capital New Delhi

Uber's mentorship programme would look to provide advice and guidance to first-time entrepreneurs and startups, and comes days before the Prime Minister Narendra Modi's Startup India policy is officially launched on January 16.

Uber plans to host six leadership talks delivered by senior company executives, including from its San Francisco headquarters, this year, focussing on various challenges that a startup faces. The first of this series of talks will be given by Uber’s co-founder and CEO Travis Kalanick when the Startup India policy will be unveiled in the national capital New Delhi.

"Today more and more people aspire to be entrepreneurs and build something themselves.  It's why Prime Minister Modi's Startup India initiative is so important--and why we're excited to share our experience with hundreds of startups and entrepreneurs as they begin their journey," Kalanick said in a statement.

At the end of the programme, Uber plans to take 10 startups to San Francisco and introduce them to global investors, other entrepreneurs and the Uber team.

"This unique mentorship program will be immensely valuable to Indian entrepreneurs and I am excited about the exchange of knowledge and ideas between the startup cultures in India and the Silicon Valley.  This is just one step towards stronger ties with the international startup community, and the possibilities are limitless," said Amitabh Kant, secretary, Department of Industrial Policy and Promotion (DIPP).

The taxi-hailing service, founded in 2009, is currently present in over 350 cities across 60 countries and reached its billionth ride mark in December last year.

Tweets by @forbesindia
When Kunal met Ratan: How the Tata-Snapdeal bond was forged
Podcast: Hope 2016