Why Snapdeal is no less than a moon shot for Infibeam

It is unlikely for SoftBank, Snapdeal's largest investor, to fall back on Infibeam, which barely registers a blip in the buzz around sales volume 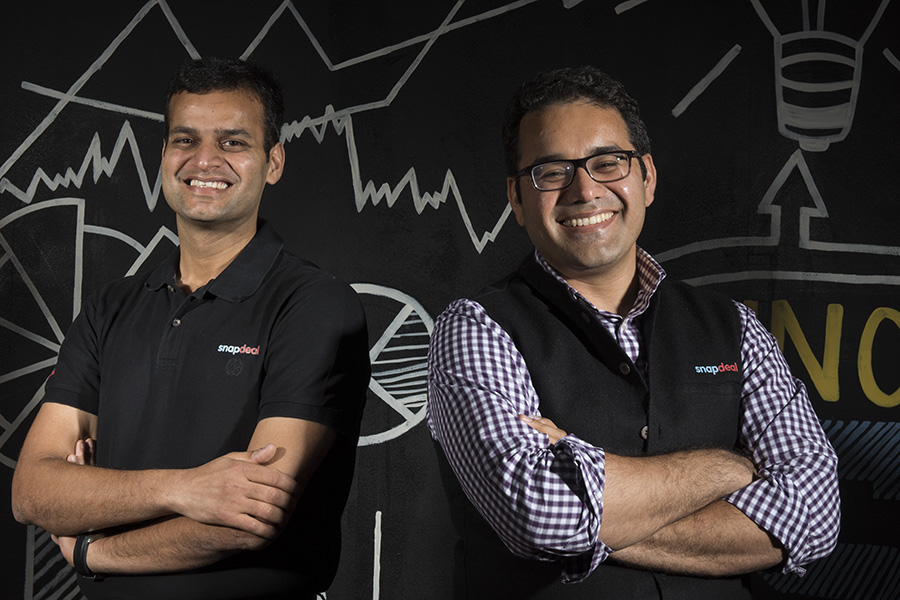 The acquisition of Snapdeal is no less than a moon shot for Infibeam, India’s only publicly traded e-commerce company. Consider this: Infibeam posted revenues of Rs 53.15 crore in FY17 and Rs 43.11 crore in the year ago period. Its net profit in last two fiscals was Rs 18 lakh and Rs 4.28 crore, respectively.

In comparison, Snapdeal posted revenues of Rs 1,457 crore for the year ended 31 March, 2016 while its losses stood at Rs 3,316 crore. Moreover, Infibeam had a little over 5,000 merchants selling on its online platform as of FY16, which is insignificant in comparison with that of Flipkart, Amazon India, and Snapdeal all of whom boast of over 100,000 merchants.

Despite its small size, Infibeam commands a market capitalisation of over Rs 7,000 crore [over $1 billion], as inventors have bought into its story of having a differentiated business model that focuses on profitability rather than burning piles of cash on customer acquisition.

The deal [with Snapdeal], if consummated, will put Infibeam on the same pedestal as Flipkart, Amazon India, Shopclues, and Paytm. With Snapdeal in its kitty, Infibeam could also wipe out the tag of a frugal e-tailer that clocks a couple of million dollars in quarterly revenue, thanks to its bare minimal marketing spends. This is in sharp contrast to its much larger and deep pocketed rivals, whose customer base is largely built on mouthwatering sales events and eye popping discounts.

Fructification of the deal could, however, be a pipe dream for the Ahmedabad-headquartered company. A recent media report said that Infibeam had made a $700 million, all-stock bid to acquire Snapdeal. Kunal Bahl and Rohit Bansal, founders of Snapdeal, are keen on selling the company to Infibeam.

In the race to buy Snapdeal is its long time bête noire Flipkart, which has just mopped up $1.4 billion in fresh funds from Microsoft, Tencent and eBay. Flipkart has revised its offer to about $850 million – about $650-700 million in stocks and the rest in cash – after the Snapdeal board rejected its previous offer of about $700 million. That’s roughly the same as Infibeam’s offer, according to the media report.

While it is not immediately clear if Infibeam will match Flipkart, it is unlikely that Snapdeal will side with Infibeam, especially since the $150 million cash payout by Flipkart is too hard to resist. Snapdeal is starved of capital. The cash crunch has impacted the company’s ability to discount, which has consequently led to an erosion of its user base and sales, besides forcing the company to cut jobs.

More importantly, SoftBank, which owns about a third of Snapdeal and has two board seats, is pushing for a sale to Flipkart, which, despite the recent markdown in its valuation by about 26 percent, is still the most valuable Indian startup at roughly $11 billion. The immediate plan is to buy out a part of Tiger Global Management’s stake in Flipkart and infuse fresh capital into the company.

Besides, the sale of Snapdeal without SoftBank's blessing might prove difficult. As things stand today, for any potential suitor, the bright side to buy Snapdeal is a potential investment by SoftBank and not Snapdeal's business.

SoftBank’s rationale behind choosing Flipkart as a suitor is simple: it wants to salvage at least a part of its investment bets on Indian startups, after its bet on Snapdeal and online real estate portal Housing.com nosedived.

Flipkart then, the only formidable competition to Amazon in India becomes the only beacon of hope for SoftBank. Sure, Shopclues and Paytm are so-called unicorns, valued at more than $1 billion. While Shopclues’ sales fade before Flipkart’s, Paytm’s retail business, which is backed by Alibaba, is only picking up now.

In such a scenario, it is unlikely for SoftBank to fall back on Infibeam, which barely registers a blip in the buzz around sales volume. And for good reason: nurturing a rival to Amazon and Flipkart would require gargantuan investments. Not to forget that Snapdeal’s downfall has much to do with the rise of Amazon India, which literally muscled Snapdeal out of the race with Flipkart, thanks to its deep pockets.

Tweets by @forbes_india
Marissa Mayer: Do something you feel unprepared to do
DHFL: Building on current enthusiasm around affordable housing