The tipping point: The subtle psychology and economics of taxi fares 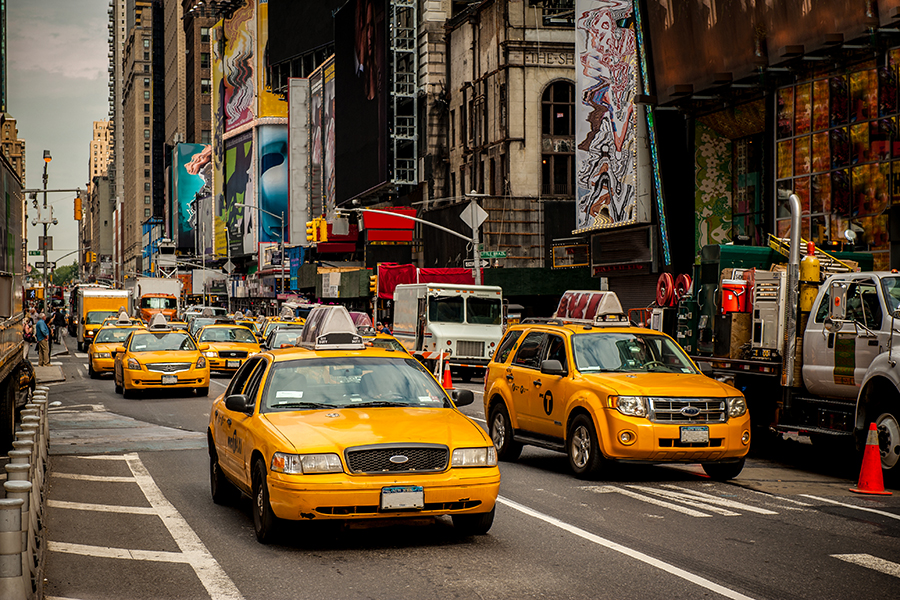 Some studies indicate that people engage in tipping to increase the likelihood of better service in the future. But in New York, where there were more than 11,000 yellow cabs before the pandemic, the chances of getting the same driver twice are very low Image: Shutterstock

From 2009 to 2013, Kwabena Donkor drove a taxicab through the heart of New York City to pay for college. It was a perfect stint while attending school, he recalls, because he wasn’t tied to a 9-to-5 that might keep him from an economics exam. It was during these trips that a seed for his recent scholarship was planted. “The personal experience helped me to ask questions beyond what one would just sit down and think abstractly about,” he says.

It always fascinated Donkor that even an uncomfortable or negative interaction with a passenger didn’t seem to affect whether and how much they tipped him. Why was that? He also began to wonder: Why do people even tip to begin with?

“The behavior of tipping in NYC cabs is not rational according to traditional economic models,” explains Donkor, now an assistant professor of marketing at Stanford Graduate School of Business. Classical economics assumes that customers are rational and self-interested. Yet the choice to pay for a service and then give something extra to the service provider is not exactly that. Some studies indicate that people engage in tipping to increase the likelihood of better service in the future. But in New York, where there were more than 11,000 yellow cabs before the pandemic, the chances of getting the same driver twice are very low.

Looking for another way to explain passengers’ decision to tip, Donkor turned to behavioral economics and its focus on social norms. “Tipping is not obligatory but discretionary. But because this norm exists, people don’t avoid it,” Donkor says. In a recent working paper, Donkor uses theoretical and empirical analysis to quantify the economic value of tipping in New York’s yellow cabs. “We know norms matter, but by how much? How do we figure out how binding it is?” he asks.

It helped to have a dataset of 1 billion NYC taxi trips paid for with credit cards, which allowed Donkor to track how far passengers went and how much they tipped during a single year. He observed that a striking 97% of customers left a tip, which strongly suggested the presence of a norm. The “social norm tip” was around 20% of the total fare.

Donkor added another layer of analysis by looking at how passengers interacted with the touch-screen payment devices in the cabs. The screens presented passengers with a menu of tip options: 20%, 25%, or 30%. There was also a button to opt out of the default tip menu and punch in a custom amount. Donkor found that around 60% of people chose a tip from the menu, indicating that most passengers preferred not to have to calculate a tip in their heads.

The most popular tip menu option was 20%. However, as taxi fares went up, passengers veered away from the typical rate. “Twenty percent of five bucks is not that much. But then when the fare’s $50, it’s like, ‘Oh, I don’t want to stick with 20%. Now I’m going to move away from the menu. Because it’s worth my time doing a calculation, compared to giving 20% of $50 to the driver,’” Donkor explains.

He found that the share of people who opted for the menu defaults decreased as fares increased. And more than 80% of passengers who skipped the menu tipped less than 20%.

To further understand the way people tip, Donkor designed a model that suggested that when a passenger tips, they aren’t simply paying the driver but also avoiding the psychological cost of leaving a small tip or not tipping at all. “You have something in your mind that you think is the norm or the right thing to do. And deviating from that results in a feeling like shame or guilt. And so I call that a norm-deviation cost,” he says. That cost increases as passengers stray from the norm: When a customer tips 10% rather than 20%, this cost is around $1.30.

“There’s a trade-off,” Donkor says. “How much am I going to save myself versus adhering to this norm? So this context is what allowed me to quantify these unobservable behavioral fundamentals that we know matter but are really hard to measure.”

His model also quantifies the cost of a passenger not sticking with the menu suggestions and computing their own tip. “It’s the cognitive cost of you doing your own exercise,” Donkor explains. The average cost of this calculation — aka the menu opt-out cost — is around 90 cents. “People would rather avoid computing 17% of $13.75 and would rather pay $1 to avoid that situation,” Donkor says.

These findings demonstrate the benefits of on-screen tip menus for both drivers and customers. As Donkor explains, “If you don’t give them any menu options, you can force the passenger to do the computation themselves. But then, if you give them the right options, it would increase tips, so it increases the profits that drivers are going to make. And it also increases the welfare that customers have, because they don’t have to do the computation.”

And this quickly adds up. In New York City, there were more than 250,000 taxi rides per day before the pandemic. If the cost of computing an acceptable tip is around a dollar, then the amount saved by passengers who pick a default tip plus the increase in drivers’ average tips is considerable. Donkor calculates that pre-COVID, the tip menu increased both cabbies’ and riders’ welfare by more than $200,000 per day compared with no menu at all.

As payment screens have replaced tip jars and outstretched palms, Donkor’s findings have implications for cafes, restaurants, delivery services, or any industry where workers rely on tips to supplement their income. Tip menu suggestions can “actually increase the wages of workers without necessarily making life terrible for consumers or taking money away from them,” Donkor says. “In fact, they don’t have to do as many computations; we’re making it easy for them to do these calculations. So this is a win-win situation.”