The e-plane company: Will India's first air taxi be electric?

Incubated at IIT-Madras, the startup is founded by the institute's professor Satya Chakravarthy and his student Pranjal Mehta; the duo hope their electric flying cars can do last-mile delivery too 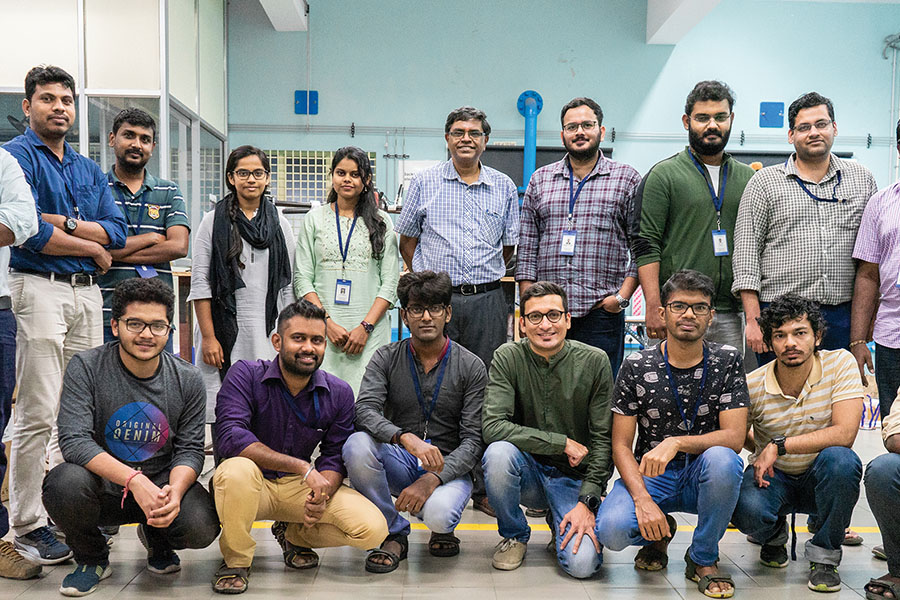 While much of the EV action is on the ground, the human fascination for flying has not left the sector untouched. Some small electric aircraft are already being commercialised in the advanced economies, but startups in India aren’t too far behind. ePlane Company, a venture incubated out of Indian Institute of Technology Madras (IIT-M), is developing what the founders hope will be among the first air taxis in the country, as well as cargo transport aircraft small enough for last-mile delivery.

The ePlane Company is co-founded by IIT-M professor Satya Chakravarthy and his student Pranjal Mehta. They are currently testing a scaled-down prototype and expect to have their first cargo plane ready as early as next year. The entrepreneurs have also recently raised $1 million in their series A round of funding.

Their first aircraft, the e200, wis expected to be one of the world’s most compact two-seater planes, and capable of vertical take-off and landing in an area not much bigger than what it takes to park a mid-sized sedan. The plane is designed to be light enough, at around 600 kg, and have a range of 200 km per charge, and also be able to land on the average urban concrete rooftop. 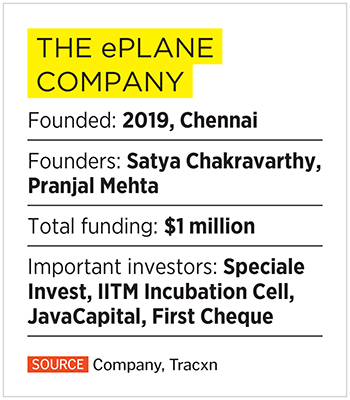 “You know professor has been teaching for 24 years and I’m 24 years old,” Mehta jokes. “But our average age works out fine,” Chakravarthy quips. The duo actually started out working on a helicopter-based urban mobility venture but quickly transitioned to the electric plane option as the more attractive option, and they have been at it over the last two years or so.

There are extreme challenges with an aircraft, unlike a car. For example, one can’t simply pack a very large battery into the structure—it requires an exquisite balance between keeping the aircraft light enough to take off and fly, and the need for a reasonably good range. The ePlane’s Company’s founders are also finding ways of using the wings to keep the aircraft in the air and stable and not always use the rotors to guzzle power.

Chakravarthy and Mehta are also aiming to offer a price to the end customer that will be comparable to an Uber ride, “with a 10X reduction in time” taken for the trip, the professor says. Regulatory certification of the aircraft will take between two and three years. That means, commercialisation will be around 2025, starting with the cargo plane, and the passenger version will follow.

Tweets by @forbesindia
UK's EV chargers mandate; Niantic's metaverse plan; plus, Karnataka's IT minister on 'Beyond Bengaluru'
Vineeta Singh: Sugar Cosmetics, and the passion for the impossible