Starting with fit-and-forget kits to convert any vehicle into a hybrid, Amitabh Saran's Altigreen Propulsion Labs is now a full EV OEM, with eyes on tapping the Southeast Asia, Africa, and South America markets 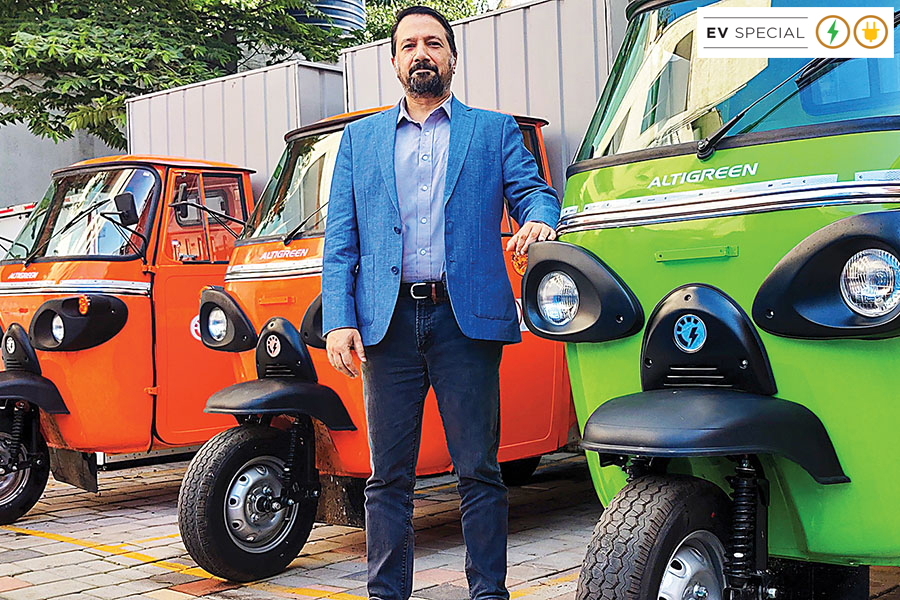 Amitabh Saran, a former Nasa engineer, started Altigreen Propulsion Labs in Bengaluru in 2013, with the idea of developing a fit-and-forget kit that could turn any vehicle into a hybrid. Several customers even pilot-tested the kit and Altigreen had also developed technologies that could help drivers improve their driving and so on.

Over time, however, Saran and his co-founders decided they needed to build entire vehicles that were developed from the get-go to be all-electric for Indian conditions. Altigreen transitioned into several components—hardware and software—needed by the EV sector, to becoming an electric drivetrain company, to eventually a full EV OEM.

Today Altigreen makes an electric three-wheeler, called Altigreen neEV, for the commercial transportation sector. The vehicle was launched this January and “we’ve got a lot of acceptance”, Saran says. The company has also notched up 26 patents related to various innovations that have gone into the three-wheeler.

Saran, who is the CEO, expects Altigreen to go beyond India to other emerging markets in Southeast Asia, Africa and South America. “We are clear that the needs of these markets are very different,” he says. Unlike in the developed markets, where the EV industry saw fancy electric cars coming out first, the emerging markets will see models for mass adoption coming out first—two-wheelers, three-wheelers and small commercial four-wheelers, he adds. 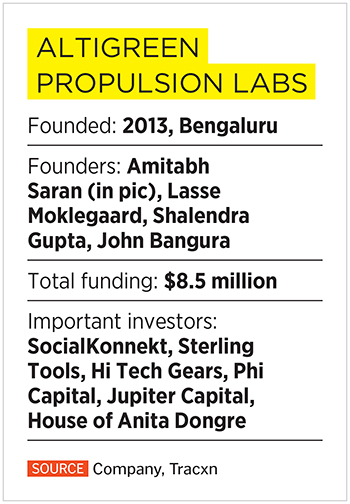 While a big reason for the switch to EVs is about reducing greenhouse gas emissions, “a humble auto rickshaw driver probably won’t be thinking about the environment first”, Saran points out. “He will be worried about his livelihood and what he can take home at the end of the day, each day.”

Those are the kinds of considerations that have gone into making Altigreen’s product, because “if your vehicle is going to cut it on the rickshaw driver’s parameters, then you know you have a winner on your hands”. That means, the electric alternative has to beat the incumbent fossil fuel burning vehicles on real-life performance and cost as well.

And Altigreen neEV does that, with its range of 151 km to 181 km per charge, depending on the type of cargo vehicle one chooses from three options, offering running cost of 82 paise/km, a 54 percent reduction in logistics costs, and lifetime savings of a million rupees. And the vehicle takes on India’s harsh driving conditions such as water logging, potholes, dust and traffic congestion.

“You know the reality, so purpose build it accordingly. That’s what Altigreen has done,” Saran says.