From ride-hailing to micro-blogging, how Aprameya Radhakrishna flew the Koo

In 2015, the founder of TaxiForSure had no choice but to sell the capital-starved startup to rival Ola. The serial entrepreneur learnt his lesson: Start a business that doesn't guzzle capital—and it helps if it's an early (desi) bird 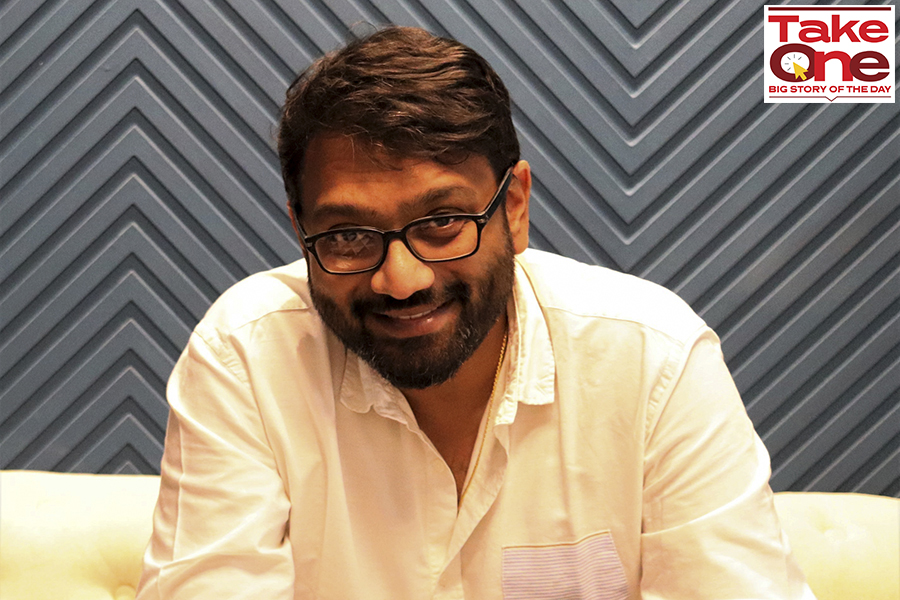 “With Koo, I've got back my underdog status. I have nothing to fear.” Aprameya Radhakrishna, co-founder, Koo

Aprameya Radhakrishna was staring at three realistic options. The first was to raise $40-60 million, and increase the runway for his four-year-old startup TaxiForSure, a cab aggregator that was facing the heat from bigger rival Ola. “We were neck-and-neck despite the difference in funding,” he recalls. Softbank had reportedly pumped $210 million into Ola towards the end of October 2014. “When they raised 10 times what we had done, it became tough to fight that kind of money,” he rues. Radhakrishna started talking to his backers, Accel and Helion, even as he started scouting for new ones. TaxiForSure had funds to last barely four-to-five months. It badly needed a fresh infusion.
The timing, though, was not the best for capital-raising. In December 2014, just two months after Ola got its cheque, a cab driver allegedly raped a woman in the capital. All hell broke loose. There were strong rumours of the government planning to ban cab aggregators. Investors turned cagey. “All of them went into a wait-and-watch mode,” recalls Radhakrishna, who started evaluating two more options—acquisition offers from Ola and Uber. Though he didn’t want to sell, the IIM Ahmedabad alumnus was aware of the stark reality. If the third player lags in funding, it’s better to opt out than to hang in. In March 2015, Ola bought TaxiForSure in a $200 million cash and stock deal.

Cut to May, 2021. Koo, the microblogging platform co-founded by Radhakrishna and Mayank Bidawatka in March last year, raised $30 million in a series B round of funding led by American hedge fund Tiger Global. While existing investors—Accel, Kalaari Capital, 3one4 Capital, Blume Ventures and Dream Incubator—also participated, Koo found new backers in IIFL and Mirae Asset. The latest round takes the total funding raised by Koo to a tad over $34 million. “You actually don't need a billion dollars to build this business,” contends Radhakrishna, who co-founded Vokal in 2018. Billed as ‘Quora with audio’, Vokal is an information sharing platform in 11 Indian languages, wherein subject matter experts answer people’s questions. “This [Koo] is a very different business,” he says.
To be sure, Koo and TaxiForSure are at opposite ends of the spectrum. For starters, taxi aggregation is a cash-guzzling, and high cash burn business. “In social networking, you are not burning on every transaction,” explains Radhakrishna. When WhatsApp, he lets on, was bought by Facebook for $19 billion in 2014, WhatsApp had raised just $20-30 million till then. What’s more, taxi aggregation, he adds, is a black-and-white business. “Social networking has a lot of shades of grey,” he asserts, explaining his point. In a transaction business like ride-hailing, it’s a simple customer journey. A user wants a taxi, books it, completes the journey and pays in cash or online. “The transaction is done,” he says. One just needs to keep the customer happy by doing a few things: Come on time, drive safely, and drop on time.
The shades of grey in social networking stem from the tough task of satisfying a user, Radhakrishna explains. If you're following somebody, and loved the content posted by the person a day before, you might not like a new set of content by the same person the next day. “It's a very grey area kind of a user love that you get,” he says.
Another grey or stark difference is the business model. TaxiForSure was making money from day one. In case of Vokal and Koo, together it has been four years, and both the ventures are yet to earn a penny.

Radhakrishna, however, isn’t complaining and explains why zero revenue makes sense. Over the last one-and-a-half decade of the startup ecosystem in India, the country got used to one kind of businesses: Those built around GMV (gross merchandise value). “So you make $100 million of GMV, and your valuation rises. It goes on and on.” Vokal and Koo, he claims, are being built on a different formula. “There is no revenue right now. It will come later,” he says. The business first has to be user-base driven, and then it can be monetised. While the Koo app, he claims, has over 6 million downloads, Vokal has over 25 million monthly active users. WhatsApp, Radhakrishna points out, was able to delay its monetisation because it was bought out by Facebook, which was making money. “So WhatsApp could afford running without making revenue,” he says. The monetisation journey of all companies, he stresses, have different paths. “With Koo and Vokal, we are raising money, and we are building.”
Interestingly, Radhakrishna started building—he calls it a series of experiments—six months after selling TaxiForSure. Apart from turning angel investor—he put money in startups like Daily Ninja and Unacademy—he took a stab at building an equivalent of a ‘voice-first’ WhatsApp messenger in 2016. The idea was simple. The world and consumers were moving towards voice. Radhakrishna built the product. There was a problem, though. He couldn’t fix the network, and the project was shelved.
Next to come from his lab was a voice-first status app. This too couldn’t run for long. Then in 2018, he co-founded Vokal. “Each of the experiments was a learning. I wouldn't say they failed.” Failure, he explains, is when one tries something, it doesn't happen, and then one gives up. “I never gave up.” A social network in India, Radhakrishna explains, has never been created before. “Now we're doing it, and we are kicked up about it.”
His backers too are excited. “You need to understand Bharat in order to make products for Bharat,” says Ashish Dave, CEO of Mirae Asset Venture Investments (India). The South Korean VC firm was one of the investors in Koo last week. Radhakrishna, Dave underlines, spent time during his TaxiForSure days working with people at an operational level. “Such experiences are rare,” he says, adding that Radhakrishna has had his share of ups and downs. “When you become a serial entrepreneur, you are again mentally signing up for a tough ride,” he says. The yellow bird—the logo of Koo—will spread its wings.
Radhakrishna, meanwhile, explains the logic behind the colour of his bird. “Yellow is a happy colour. We want the bird to spread positive messages across India, and hopefully across the world as well,” he says. After fully building in India, he adds, Koo will enter countries that have huge non-English speaking populations. “We are eyeing 100 million users over the next couple of years.”
Those gearing up for a desi yellow bird against the global blue counterpart will, however, be disappointed. It’s not going to be TaxiForSure vs Uber this time around, reckons Radhakrishna. “We have a very different user base compared to Twitter.” Local language speaking Indians did not have a destination to express their thoughts and opinions. “That's the reason we started Koo,” he says. While Koo will connect the whole of India in their languages, Twitter connects the English-speaking Indians to the rest of the world.
Having spent over a decade as an entrepreneur, Radhakrishna contends it’s not easy being an entrepreneur. One needs to be a dreamer and stop thinking about the fear of losing. A hundred people, he explains, may come up with 100 reasons to not do something. But entrepreneurs need to look at one reason to do that. “I am not building Vokal and Koo to sell,” he says. “These are companies that should exist forever.”
One might find holes in Radhakrishna’s vision and might even question his ambitious plans, but this is what dreamers are all about. They have nothing to lose. “With Koo I've got back my underdog status,” he smiles. “I have nothing to fear.”