Six years after exiting his ride-hailing service venture, he starts Zolve—a branchless digital banking services provider—that offers local access to credit and insurance at affordable rates to those who traverse the globe 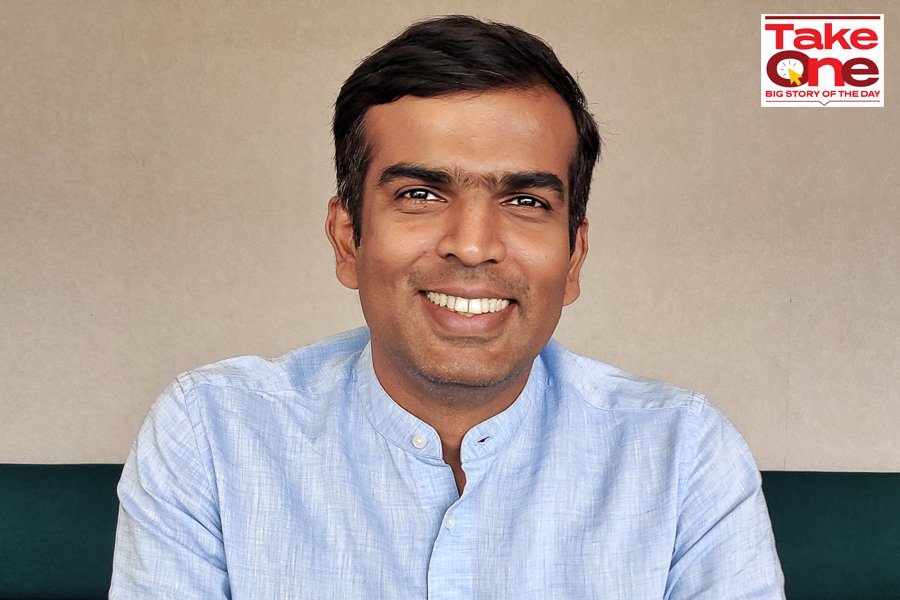 Six years ago, co-founders Raghunandan G and Aprameya Radhakrishna were building TaxiForSure, a cab-hailing services provider, when rival Ola swooped in and bought out their Bengaluru startup. The stock-and-cash deal announced in March 2015 was reported to be worth $200 million; the founders have never publicly revealed what their take was. Raghunandan, 39, used the early exit to turn investor, backing several startups over the last few years. He also travelled to startup hubs in China, Israel and the US. On one of those trips to New York, he saw some friends pay a dinner bill at a restaurant with their debit card rather than a credit card—something that is extremely common in the US. It triggered a thought process that would lead him back to entrepreneurship.

“These were people I had studied with, worked with and had done well in life… but they didn’t have a credit card,” Raghunandan told Forbes India in a recent interview. The reason: When people travel to the US, banks there have no way of assessing their creditworthiness and often categorise them in the higher credit risk bracket, making getting a basic credit card absurdly difficult, he explained. “You have to give $1,000 as deposit to get a card with a limit of $250.” “I was a bit shocked,” he recalled. “Because if you looked at the colleges they had attended, the kind of companies they had worked with… these people would be among the lowest credit risk customers.” Then he started asking questions to his friends and discovered that this wasn’t just the case with people moving from India to the US, Europe or Australia. It was a problem faced even by those relocating from one advanced economy to another “because the financial systems of different countries don’t speak to each other”. He figured there was an opportunity to solve this issue by acquiring highly creditworthy customers in their home countries—where their credit histories would be available—and partner with banks in their destination nations to offer them financial services at rates comparable to what the locals there would get. That’s how he came to start Zolve, a ‘neobank'—basically a branchless digital banking service provider. Zolve was incorporated in the US in December and has partnered with a handful of banks there. The neobank will also offer credit cards to its customers via a partnership with Visa. And since Zolve doesn’t itself make loans or take deposits and so on—which are all through the partner banks—the startup doesn’t need a banking licence. Instead, it aims to provide a global network that acts as a bridge between people moving from one country to another and local financial services systems in the destination countries. Raghunandan figures everyone wins— creditworthy immigrants get easier access to money and the banks acquire new paying customers. And Zolve and the banks share revenue from transactions made by the people who use the neobank. “A majority of these migrants are the future affluent, wealthy customers. That's the kind of customer segment that the banks want,” explains Raghunandan. Further, because they get local access to credit and insurance and so on at affordable rates, they don't have to lock up their capital on high down payments or high premiums, which means they have more disposable money to spend. So, Raghunandan reckons it will only take them a year to “go from a thin credit-history file to a thick credit-history file” in their new homes. The neobank offers other guarantee to partner banks to get them on board—if a customer fails to pay up, Zolve will make good the loss. Raghu, as his friends know him, acknowledges that he isn’t trying to solve a new problem and that others are making an effort as well. He believes his approach is the differentiator—acquiring customers in their home countries, where their creditworthiness is known, and offering services in the destination country. And while Zolve is starting with the India-US migrant corridor, Raghunandan expects the startup to build a platform for multiple services, across multiple markets, including helping people make cross-border stock market investments and maybe even purchase bitcoins. All this adds up to a potential $85 billion market, serving the global citizen, Zolve estimates. The idea was attractive enough for a clutch of venture capital investors to back him with a $15 million seed funding that he announced on February 17. The investment was led by Accel and Lightspeed India Partners. It also saw participation from Blume Ventures and angel investors, including Ashish Gupta, co-founder of Helion Ventures, Greg Kidd, an investor in Twitter and Ripple, well-known Indian fintech entrepreneur Kunal Shah, founder of Cred, Rahul Mehta, managing partner at tech investment firm DST Global, and Rahul Kishore, senior managing director at Coatue Capital. 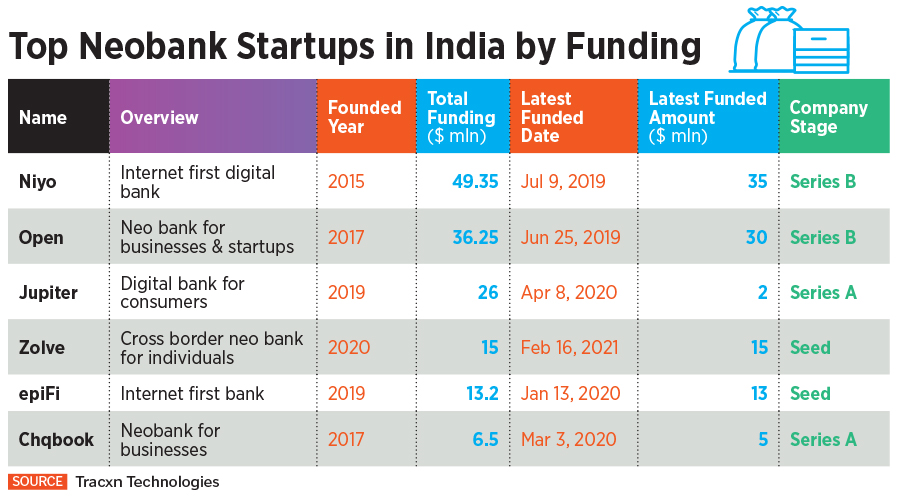 Zolve is also the first investment in an Indian-founder-backed startup for Founder Collective, an investor in Airtable and Uber. The money will be used to build the core technology platform, the team and for marketing. Most of the 18-member team will be in Bengaluru, while Zolve will also have a base in San Francisco. "The global citizen community is largely underserved in terms of access to financial services and we believe that there is a huge market opportunity for Zolve,” Anand Daniel, partner at Accel, said in a press release. “Raghu has a proven track record as a founder and we are delighted to partner with him again, on his latest venture.” Accel was an investor in Serendipity Infolabs, which operated the TaxiForSure service. “Individuals with financial identities in multiple geographies need seamless global financial solutions and we believe the team's strong identification with the problem will enable it to deliver compelling and innovative financial experiences,” says Bejul Somaia, senior most partner at Lightspeed India Partners. Raghunandan went to the National Institute of Technology in Karnataka to study computer science. He has an MBA from the Indian Institute of Management, Ahmedabad. He was 29 when he started TaxiForSure. On exiting that startup, he initially tried to plunge back into the world of entrepreneurship and spoke in interviews at the time of attempting another business-to-consumer venture. Eventually, he decided to invest in startups and mentor them. He has invested in more than 40 startups, including Vedantu, an ed-tech venture, Bounce, a rent-a-scooter service, Ninjacart, an agri-tech supply chain startup, and Walrus, another neobank. On the personal front, he also trained to become a triathlete and has participated in the Ironman race.  There are 43 neobanks operating in India, according to Tracxn Technologies, which tracks startups worldwide. Such ventures raised close to $140 million in 15 deals in 2019, but Covid slowed down funding in 2020, with Indian neobank startups raising about $21 million in five rounds last year, according to Tracxn. This year, Zolve’s seed round is the first significant investment, making it one of the most-funded independent digital banking service providers. Zolve will go live by July, says Raghunandan, who claims to have a potential customer base of about 5,000 people looking to move abroad. While Zolve is looking to acquire customers before they move and provide them services in their destination countries, intra-market digital banks have surged over the last few years, raising billions of dollars of funding. America’s Chime was the biggest by valuation, at $14.5 billion in 2020, followed by Brazil’s NuBank ($10 billion), according to WhiteSight, a fintech consultancy. The global ‘neo and challenger bank’ market was approximately $18.6 billion in 2018 and is expected to grow to around $394.6 billion by 2026, at a compounded annual growth rate of around 46.5 percent between 2019 and 2026, according a May 2019 report by US-based Zion Market Research. Neo and challenger banks are digital platforms for banking via websites or mobile applications. They are replacing traditional banking by minimising the banking process. They provide scrutiny, prepaid debit cards and other services that are exclusive to the traditional brick-and-mortar buildings. Real-time digital receipts, mobile budgeting tools, peer-to-peer payments and mobile deposits are some of the main features of a neo bank. These new digital banks provide strong digital support with simple and easy account start-up and excellent 24x7 customer support, Zion Market Research said in a press release about its report. "It is an absurd reality that global citizens have to rebuild their financial profile when they move to a new country,” David Frankel, managing partner at Founder Collective, said in Zolve’s funding announcement press release. Founder Collective was an early investor in well-known startups such as Coupang, Olo and PillPack. “Zolve solves this problem by helping them get fair access to a suite of modern financial tools so they can participate in the new economy on an equal footing from day one.” Added Frankel: “As one of India's most successful entrepreneurs in recent years, Raghunandan is in a unique position to help this startup grow at home and abroad."

Tweets by @forbesindia
Govt has no business being in business: PM Modi
Marginally more employable talent among women in India but less share in the workforce