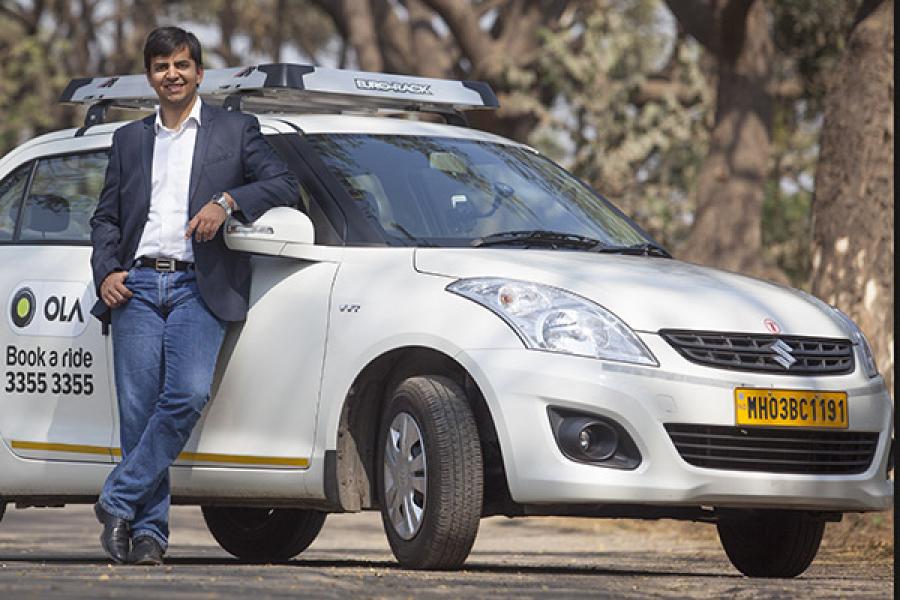 In the first major consolidation move in India’s much storied online cab-service marketplace, Ola’s acquisition of cross-town rival TaxiForSure for $200 million is expected to lend it enough ammunition to take on the deep-pocked global cab-service major Uber.

Post the acquisition, TaxiForSure will continue to operate as an independent entity with its leadership team and 1,700 employees, Ola said in a statement, adding that Arvind Singhal (chief operating officer) will lead TaxiForSure as the new CEO.

Aprameya Radhakrishna and Raghunandan G, founders of TaxiForSure, will contribute in an advisory role for a certain period. At present, TaxiForSure has a presence in 47 cities with over 15,000 vehicles registered on its platform.

Harminder Sahni, founder and managing director of Wazir Advisors, a retail consulting firm, feels that the acquisition gives Ola the required push to compete with international players such as Uber in this space. “It’s an open game for everybody, but the end result will depend on service quality and consumer experience. International brands may have an initial edge with consumers when they start, but eventually it depends on customer satisfaction, experience and quality of service. Currently it is a level-playing field,” says Sahni.

Launched in January 2011 by IIT-Bombay alumni Bhavish Aggarwal and Ankit Bhati, Ola over the last four years has managed to address the pain points of the largely unorganised and untapped cab-services market in India.

The Bangalore-based company has a fleet of over 1 lakh vehicles (an aggregated model as opposed to ownership) operating across 67 cities. It is India’s largest aggregator of cabs, taxis and autos.

“Ola and TaxiForSure share the same vision of revolutionising urban mobility. TaxiForSure has a great team and they have built a very exciting business in a short time. There's a lot of complementary value in the strategy TaxiForSure has followed,” said Bhavish Aggarwal, co-founder and CEO, Ola.

In a short span Ola has also managed to convince global investors to park their funds into the venture, which initially started as a Mumbai-centric idea.

In 2012, Ola raised an undisclosed amount in Series A funding from US-based Tiger Global Management, one of the world’s largest hedge funds, followed by a Series B from Matrix Partners and Tiger Global in 2013.

“Post this acquisition; the combined entity will be strong enough and better capitalised to offer the best value to all our stakeholders, including our customers. This development ensures that industry attractiveness is preserved and the combined entity can race ahead and continue to create unprecedented value for all stakeholders,” said Raghunandan G, co-founder and CEO, TaxiForSure.

Despite evolving technology, change in consumer behaviour and rising disposable income among the middle class, the transportation sector in the country hasn’t seen much innovation and disruption in the last few decades, other than online bus-ticketing company redBus.

Industry watchers feel that the cab-rental market in India is not yet saturated. “In the cab-services space whatever action we have seen up till now, it is just the tip of an iceberg. It is similar to how ecommerce unfolded in India in the last few years. From a demand perspective there is a lot of upside which is attracting investors into this space,” says Ankur Bisen, senior vice president, retail & consumer products, Technopak, adding that the space is large enough for 4-5 players to emerge in a leadership position.

Bisen pointed out that till now the growth has been restricted to the obvious clusters and consumption centres like metros and large cities.

“Companies need to take the services beyond the top cities. Transport is a compelling need and there is a huge deficit. Cab-service providers need to tap into the top 25-50 towns across the country for a sizeable consumption to emerge,” says Bisen, adding that building processes and systems to absorb scale, lack of regulation and policy framework are some of the key concerns for the sector.

Tweets by @forbesindia
Should the West be afraid of China's state capitalism?
How to break the expert's curse