How to break the expert's curse

Experts could be our most powerful teachers-but often they've lost the ability to connect with novices. Research by Ting Zhang reveals how experts can rediscover the experience of inexperience 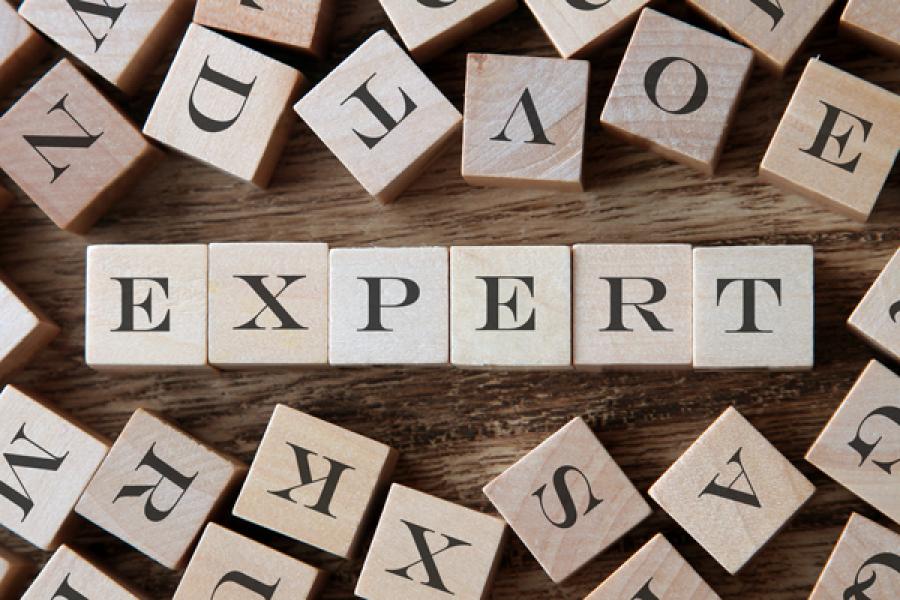 Irish playwright George Bernard Shaw famously wrote, "He who can, does. He who cannot, teaches." But it's often more accurate to say, "He who can do can't teach."

It's natural for novices to seek out experts for guidance. That's why many organizations adopt formal mentorship and training programs. Unfortunately, though, experts frequently make lousy teachers.

Experts are sometimes so steeped in expertise that they don't remember what it was like to be a newbie—in terms of both how much they knew and how they felt back then. The memory gap leads to an empathy gap.

"Having a lot of knowledge and skills can make it harder for these experts to transfer what they've learned to people who know very little about what the experts do," says Ting Zhang, a doctoral student in the Negotiation, Organizations and Markets unit at Harvard Business School.

Researchers refer to the problem as the "curse of knowledge." Zhang is on a mission to break the curse. In her research on the psychology of rediscovery, she's looking into how experts can rediscover the experience of inexperience.

"There's one underlying question behind this research," she says. "How do you help experts help novices?"

According to Zhang, experts can rediscover inexperience in two key ways. One, when they are still novices, they can proactively document their own early-stage learning process from day to day, anticipating eventual proficiency. Later, when they become masters, they can look back and reflect on what they wrote as novices. Two, experts can actually re-experience how it feels to be a beginner.

Through a series of experiments in 2014, Zhang investigated the efficacy of each rediscovery method.

Documentation vs. recall
In one experiment, Zhang hired 169 college undergrads to keep daily diaries of their summer internships, with the understanding that Zhang would hold on to the diaries in a "time capsule" to be opened at a later date. The interns were told to record surprising experiences, unforeseen challenges, and meaningful interactions with colleagues.

Two months after the internships ended, the participants received a follow-up questionnaire about their summer experiences. Half of them also received copies of their summer diaries, reminding them of how they had felt as new interns. The other half did not gain access to their diaries; they were told to recall their experiences from memory.

After completing the questionnaire, all the veteran interns were asked to provide some advice to interns of the future. Zhang then hired 93 other undergraduates (who were seeking internships for the following summer) to review and evaluate the advice.

As a whole, the young advice recipients gave higher ratings to the advice from the experienced interns who had "rediscovered" their own summer diary accounts. Zhang was not surprised.

"The people in the recall group would give vague advice like, 'A meaningful summer internship experience is one where you can learn a lot,'" she explains. "Whereas the people in the 'rediscovery' group were more likely to say things like, 'Make sure to seek out a mentor, and get that person to explain exactly what you'll be doing.' They would give advice that was relatively actionable."

The upside-down guitar effect
The next experiment explored how experts could experience the feeling of inexperience without the benefit of past documentation.

Zhang hired 74 skillful right-handed guitarists to record themselves playing the guitar for one minute, any song they liked. Half, the control group, were told to "play as you would on a typical day."

The other half were told to flip their guitars around and play with their non-dominant hand, strumming with the left hand and forming chords with the right. This was the "rediscovery" group. The idea came from Zhang's personal experience.

"I used to play the violin," she explains. "During orchestra practice, sometimes we would turn around our instruments and play them that way. It's a really bizarre feeling. It makes you feel like a beginner all over again."

Indeed, the rediscovery group in Zhang's experiment reported that playing with the non-dominant hand made them feel (and sound) more like beginners.

After playing for a minute, all the expert guitarists watched a YouTube video clip of a true beginner, who struggled to play a series of chords. They each wrote a few sentences of advice for the beginner, and then reported the extent to which they related to his struggle. Playing backwards proved to be an effective rediscovery technique for the experts. Compared with the control group, the rediscovery group reported feeling more empathy for the greenhorn.

Next, Zhang hired 75 beginner guitarists to evaluate the advice from the experts. (The novices read each piece of advice at random, knowing nothing of the previous experiment.) Indeed, novices favored advice from those experts who had played their guitars backwards—and thus rediscovered the feeling of inexperience.

Overall, rediscovery experts gave advice that was more specific and actionable. Experts in the control group offered comments such as, "This player's hand placement is wrong." In contrast, those in the rediscovery group gave more constructive advice; for example, "Have that right hand flowing on the strings, and suspend the hand using your pinky finger as a swivel on the body of the guitar."

The advice from the rediscovery group was more encouraging, too. ("Play slower and work your way up to full speed," one expert wrote. "Kirk Hammett didn't learn it overnight!")

"The experts who felt the experience of inexperience ended up seeing more potential in the beginner they were evaluating," Zhang says. "Their advice reflected that."

Corporate field studies
Zhang and her faculty advisors hope to study the effects of rediscovery in a corporate setting, where mentorship and training programs are often integral to everyday operations.

"We'd love to understand how managers can understand the feeling of being a novice in the organization," she says. "This is a really important problem in organizations because transference of knowledge of skills and expertise is critical to helping new employees learn."

The field studies will include hospitals, where seasoned physicians routinely mentor brand-new doctors through life-or-death situations. "There's a huge learning curve in medicine, and teaching is highly variable in terms of training," Zhang says. "Some attending physicians really prioritize mentoring, while others think students should fend for themselves. If these people can rediscover what it was like to be a medical student, can that change the type of training that goes on in a medical context?"

Zhang acknowledges that the rediscovery process might be uncomfortable for experts. But her research indicates that it can yield positive results for any organization where leaders pass their knowledge on to followers.

"It's not something we do naturally," Zhang says. "Once we get good at something, our intuition is not to say, 'OK, let me go see how it feels to be bad at it again.' But the findings suggest that if you get people who are experts to rediscover the feeling of being a beginner, that could actually have powerful implications for how advising takes place in an organization. It has implications for how experts can better understand those who have less experience than they do."

Note to managers: If your organization is interested in participating in a field study on rediscovery, please visit The Research Exchange, or email tzhang@hbs.edu with the subject "Research Exchange Field Study."

Tweets by @forbesindia
Ola acquires TaxiForSure for $200 mln in a bid to compete with Uber
Bill Gates tops the Forbes Rich List 2015, Mukesh Ambani is the richest Indian