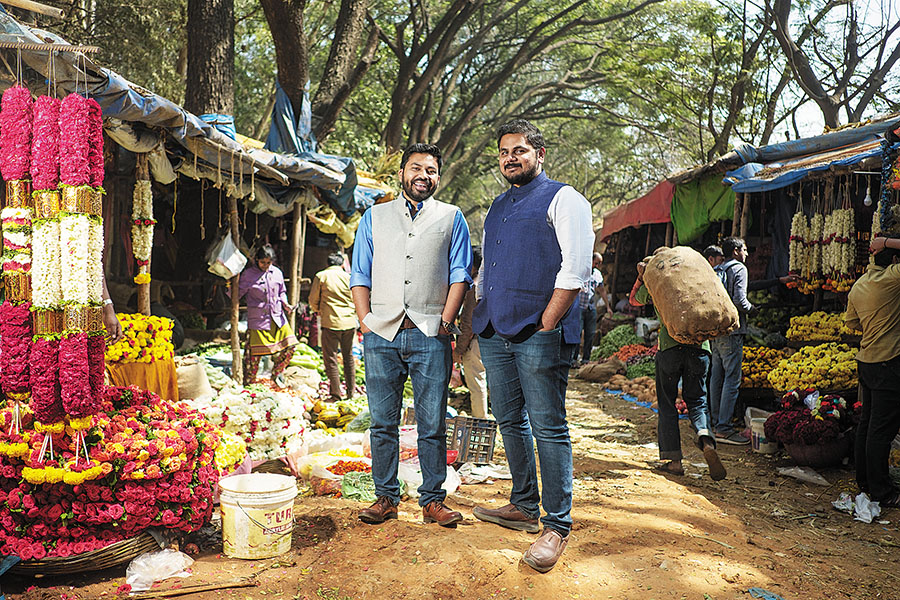 Ninjacart might have retained the name but flipped its business model from being a hyperlocal delivery platform that brought together consumers and retailers in Bengaluru to one connecting farmers to retailers. Co-founder Ashutosh Vikram, 29, who has an MBA from IIM-Kozhikode had worked with Sharath Babu Loganathan, 35, and Thirukumaran Nagarajan, 34, at previous jobs and another app. When that didn’t work out, Nagarajan moved to TaxiForSure where he met Kartheeswaran KK, 28, and Vasudevan Chinnathambi, 34, and the five decided to start Ninjacart in 2015.

“We thought that in a metro city, where everyone is working, it is not possible for people to go grocery shopping. That’s how we started Ninjacart,” says Vikram. Soon after, consumer complaints about freshness of the produce made them shift focus on the supply chain from farmers to retailers. Click here to view the full list of 30 Under 30 2019

“We have an app for our customers, the retailers,” says Loganathan. An order can be placed on the app between 11 am and 7 pm every day, and products are delivered until 8 am the next day. Farmers get a fair price and retailers, affordable prices.

From starting out as a bootstrapped company with ₹30 lakh, Ninjacart recently raised $30 million in a Series B round in December 2018. The startup’s total tally since its inception in 2015 is $49.5 million.

The Bengaluru-based startup reported a revenue of approximately ₹60 crore last year from operations in three cities—Bengaluru, Chennai and Hyderabad—with 4,000 retailers on board. Ninjacart aims to expand to 12 cities by the end of 2019 as well as add new customer segments like the catering industry.

“Ninjacart has been relentless about solving structural issues in India’s fruit and vegetables supply chain over three years. The company has reimagined the fresh supply chain,” says Subrata Mitra, founding partner of Accel Partners, India, which has invested in Ninjacart. “The team’s ability to solve hard problems, strong execution capability backed by technology and process, have contributed to its success.”